Oct 30 , 2021
By Morounfolu (Folu) Olugbosi (MD) ( senior director of Clinical Development at TB Alliance. He works with the clinical development of products in the TB Alliance portfolio and helps to oversee clinical trials in TB endemic countries and heads the South Africa office. )

COVID-19 was the only infectious disease that killed more people than TB in 2020. The regional numbers have held steady this past year, according to the World Health Organisation (WHO), but a deeper dive shows that many cases of TB were missed, writes Morounfolu (Folu) Olugbosi (MD), senior director of Clinical Development at TB Alliance. He works with the clinical development of products in the TB Alliance portfolio and helps to oversee clinical trials in TB endemic countries and heads the South Africa office.

Before COVID-19 came along, tuberculosis (TB) was a primary focus of health authorities in sub-Saharan Africa. In 2019, approximately 1.4 million people were diagnosed with TB in the region, but epidemiologists estimated that one million more had TB but were neither diagnosed nor treated.

The scope and intensity of the global TB epidemic is fueled by antiquated and inadequate TB drugs, most of which were developed more than half a century ago. But, given how contagious TB is, we need to find and treat many more people. It is a disease that strikes impoverished communities the hardest, and those same communities can be hard to reach with healthcare services.

And then came COVID-19, the only infectious disease that killed more people than TB in 2020. The regional numbers have held steady this past year, according to the World Health Organisation (WHO), but a deeper dive shows that more attention is needed.

In Nigeria, my home country and Africa’s most populous, nearly three out of every four cases of TB were missed. Ethiopia, Africa’s second-largest country, fared better, missing less than one out of every three cases. Kenya, a hub for international development in East Africa, missed almost half its TB cases. South Africa – where I work and which has one of the heaviest burdens in the world of drug-resistant TB infections, TB/HIV co-infections, and all TB infections in total – missed 40pc of its cases in 2020.

Earlier this year, researchers analysed how public health resources previously dedicated to addressing TB were allocated instead to handling the COVID-19 pandemic. The drop in cases of TB that were reported and treated at that time indicated that many more infections were slipping through the cracks of the world’s badly overstressed healthcare system. The researchers concluded that COVID-19 cancelled out the last 12 years of advancements in finding and treating people with TB.

Last month, a new report found that the number of people treated for TB in 2020 declined by 18pc. Even more troubling, the number of people treated for the worst cases of drug-resistant TB strains declined by 37pc – even with 41 countries in varying stages of evaluating and implementing a new regimen for these cases that my organisation developed. Like all strains of TB, drug-resistant TB can be easily spread by a cough or a sneeze – and it is far more difficult to cure. In some regions, as many as 40pc of new TB cases are drug-resistant.

In 2018, the United Nations General Assembly held a high-level meeting on TB attended by more than 1,000 people – including the president of Nigeria and 14 other heads of state. At the meeting, pledges amounting to 13.5 billion dollars annually were made to help governments find and treat TB patients, with an additional two billion dollars pledged to boost the research and development efforts needed to develop new cures, and new ways of diagnosing infections. We are less than halfway to meeting these pledges, and as a result, TB has increased in strength in sub-Saharan Africa and other regions of the Global South.

As bleak as all this sounds, 2021 is on track to be much worse. Initial estimates from epidemiologists point to a lack of direct response to TB in projecting an escalation of missing TB cases. Even though both COVID-19 and TB are respiratory infections, TB lost whatever sunlight it may have once had.

There are some countries that have managed to keep moving forward though. Zambia, which missed one-third of its estimated TB cases in 2020, may actually diagnose and treat a larger share of its TB caseload in 2021. But these success stories are few and far between. All too often, when the going gets tough, programmes that tackle diseases of poverty fall by the wayside.

These diseases do not come in single file, patiently waiting their turn for a chance to wreak havoc. COVID-19 decimated the TB response because that response was weak and vulnerable. Now, we still have to handle another year of COVID-19 along with a resurgent TB.

It is time to strengthen our resolve and tackle all of the diseases that afflict our most vulnerable communities – at the same time. TB has shown us that no one is safe if a contagious infection is thriving, regardless of whether we look for it or not. 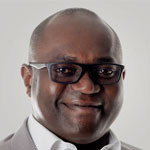 senior director of Clinical Development at TB Alliance. He works with the clinical development of products in the TB Alliance portfolio and helps to oversee clinical trials in TB endemic countries and heads the South Africa office.

The Medical Sector Breathes, Amidst Need for More Air

Look Within, Unite - In No Particular Order

Look but Don’t Go Back

"We need every drop of the Nile."