A Green Industrialisation Strategy for Africa

African countries cannot abandon “brown” industries – those that depend on oil, gas and minerals – and create a green economy overnight. But they can use them as a tool to achieve a clean, sustainable economy, writes Tariye Isoun Gbadegesin, head of heavy industries and telecoms at the Africa Finance Corporation.

Africa has contributed less to the climate crisis than any other continent, but it will suffer some of the worst consequences. It already is: this year, Cyclone Idai killed more than 600 people in Mozambique, and droughts in eastern and southern Africa left more than 45 million people without enough food. How can Africa achieve economic growth and development without contributing to further global warming?

Africa has an enormous incentive to industrialise: the world’s fastest-growing population and an urbanisation rate that is nearly double the global average. To create jobs for the nearly 450 million young people expected to enter the job market over the next two decades, Africa must accelerate economic growth or face a growing risk of severe social unrest.

But, historically, industrialisation has required burning huge amounts of fossil fuels. Moreover, for most African countries, natural resources like hydrocarbons are vital sources of foreign exchange and budget revenue.

These countries cannot abandon “brown” industries – those that depend on oil, gas and minerals – and create a green economy overnight. But they can use them as a tool to achieve a clean, sustainable economy. That means putting brown industries at the centre of African governments’ green industrialisation plans.

International oil demand may remain relatively strong today, but it is set to drop significantly over the next decade. McKinsey estimates that if electric vehicles (EVs) are adopted at scale, oil demand for road transport will plummet, while total oil demand will peak before 2025. This could leave African oil producers with a supply glut.

But these oil producers have options. By investing in the local petrochemicals industry, which can absorb excess crude supplies, they can lay the groundwork for the manufacture of goods that are critical to the green economy of the future, such as solar panels, wind turbine blades and EV parts. Oil-rich African countries like Nigeria, Angola and Algeria have a narrow window to initiate this shift, following in the footsteps of Saudi Arabia, which is basing its economic-diversification efforts on a robust petrochemicals industry.

Similarly, investment in natural gas can help to propel Africa’s transportation sector toward a green future. A major source of pollution from the hydrocarbons industry is gas flaring: oil producers burn off the natural gas they extract along with oil, often owing to a lack of infrastructure for (or interest in) storing the gas and putting it to productive use. Gas flaring releases massive amounts of CO2 and results in nearly 20 billion dollars in economic losses globally each year.

In Africa, where gas flaring is common, countries should pursue targeted infrastructure investments that enable the commercialisation of abundant natural-gas reserves for use in transportation. After all, while natural gas does not amount to clean, let alone renewable, energy, burning it emits less CO2 than burning diesel. Large trucks and buses running on natural gas emit ten times less nitrogen oxide – a far more potent greenhouse gas than CO2 – than their diesel counterparts.

A third critical element of an African green transition is to capture more value in the global EV supply chain. EVs are expected to account for 80pc of global battery demand by 2030, and Africa holds more than half the world’s cobalt supply and a large share of its rare earth minerals – critical battery inputs. Yet it is China that manufactures the majority of EV and battery components, often using commodities it imports from Africa.

If the Democratic Republic of the Congo kept just 10pc of its cobalt for domestic processing, instead of exporting 99pc of it to China, it could capture part of the 5-billion-dollar global battery market, which is expected to grow nine-fold to 46 billion dollars within the next decade. African producers of lithium and nickel – also used to manufacture batteries – will have similar opportunities to play an important role in the green industries of the future.

Africa’s late industrialisation, which put it at a significant disadvantage in the past, can be its greatest asset in the transition to a green future. With less legacy infrastructure in place, African businesses and consumers have been among the earliest adopters of renewable energy and digital technologies. For example, the continent is home to some of the world’s largest solar power projects.

African countries must now embrace progress in their legacy industries as well. By leveraging existing oil, gas, and mineral assets, they can secure a place in the green economy of the future and play a central role in the global fight against climate change. 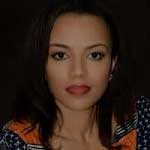 The Day Africa Finally Connects Itself