Many Ethiopian women are at the forefront of the humanitarian response to help the internally displaced in the country, and the government and the international community should follow their example and increase their support for solutions to the crisis and its root causes, writes Aeneas Chuma, United Nations Humanitarian Coordinator and UN Resident Coordinator in Ethiopia.

As conflict erupted between the Gedeo and West Guji communities in April 2018, it was obvious that Mrs Zinash’s livelihood trading in coffee and tea in Dilla, her family’s main source of income, would be impacted. But her family’s economic losses did not stop her from hosting thousands of people who took refuge in the town, fleeing violence in their villages. She shared her family’s food with the displaced people and led resource mobilisation drives in the host community to provide them with additional food and shelter.

In another part of the country, in Oromia, Mrs. Ayantu Desta, a 33-year-old mother of three and a civil servant in West Wollega Zone, sheltered internally displaced people that fled into her community in Nedjo following inter-communal violence in neighbouring Benishangul Gumuz Region in September 2018. From her meagre resources, Desta provided water to more than 3,000 IDPs by allowing them to fetch water from her tap and covering the bills for more than six months. In addition to her personal contribution, she organised her fellow community members to collect donations to assist the displaced people.

Zinash and Desta are among hundreds of thousands of Ethiopian women on the front line providing humanitarian assistance to fellow Ethiopians affected by inter-communal conflict across the country.

Under the leadership of Prime Minister Abiy Ahmed (PhD), the Ethiopian government has been implementing bold reforms since April 2018 intending to broaden the political, civic and commercial spaces and improve the human rights landscape.

Significant successes have been achieved in this regard, including the release of thousands of political prisoners, journalists and bloggers; the decriminalisation of opposition groups; and the invitation of exiled opposition groups to return to their country and to peacefully engage in the reform process.

Despite these positive achievements, Ethiopia is facing challenges from the effects of political transition and the new experience of broadened political space. Localised inter-communal violence that has long existed in the country, significantly spiked in number, frequency and severity since September 2017, and drastically changed the humanitarian landscape of the country.

While these conflicts and displacements have significantly impacted host communities, thousands of women like Zinash and Desta in Ethiopia and around the world continue to demonstrate outstanding resourcefulness in responding to humanitarian needs in their communities.  In recognition of this, 2019 World Humanitarian Day, August 19, will be dedicated to celebrating the strength, heart and perseverance of women.

The World Humanitarian Day was inaugurated in August 2008 following the August 19, 2003, terrorist attack on the United Nations Office in Baghdad that killed 22 people. The day is dedicated to advocating for the safety and security of humanitarian aid workers, and for the survival, wellbeing and dignity of people affected by crises. This year, humanitarian partners are committed to continuing to collaborate with the people and government of Ethiopia to respond to the humanitarian needs in the country.

The government’s reforms are expected to address the root causes of recurrent inter-communal violence. However, in the immediate term, millions of conflict-affected women, men, girls and boys require life-saving assistance, as well as support for durable solutions, including return, relocation or local integration. In April 2019, the government presented a strategic plan to address internal displacement along four pillars – peace and reconciliation; rule of law; immediate relief assistance; and recovery and rehabilitation.

Of nearly 8.9 million people identified by the joint Humanitarian Needs Overview to need humanitarian and protection assistance this year, 8.3 million people in acute need are targeted for assistance, at a cost of 1.3 billion dollars. As of the end of July, not even half of it is funded.

More and urgent funding is required to ensure needs are met. As it stands, the scale and quality of the response remain inadequate due to resource (financial and human) shortfalls. In addition to IDPs, the situation of the already vulnerable host communities has also deteriorated, having shared their limited resources with the IDPs for over a year.

The still dire food and nutritional situation of millions of vulnerable Ethiopians affected by recurrent drought also requires continued humanitarian recovery and resilience-building support. Funding shortfalls have already led to interruptions or down-scaling of lifesaving interventions, particularly in the nutrition sector. The urgency of the current situation and the likelihood of a protracted and multi-dimensional crisis demands continued and adequate funding. Most of all, it will ensure that humanitarian partners are able to amplify the dedication that has been shown by Ethiopian women like Desta and Zinash.

As we mark this day and celebrate the women of Ethiopia, honouring their vast generosity and thoughtful social response to the crisis, we also urge the government of Ethiopia and the international community to further support solutions to the crisis and to address its root causes. 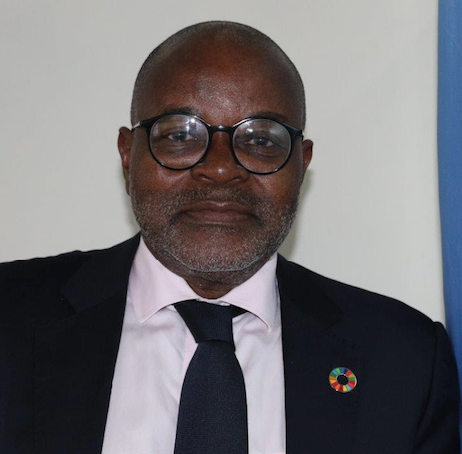 Getting African Women into the Boardroom

As Outbreak Persists, Leaders Should Lead by Example