The Shocks to Agriculture Require Funding, Response. Now than Later

As disasters in the agriculture sector overlap and their magnitude and impact increases, it is prudent to change the way of thinking, decision-making, and move from a reactive response to disasters to proactively preventing and anticipating them, writes Fatouma Seid, Ethiopia representative for the Food & Agriculture Organisation of the United Nations (FAO).

Agriculture is a source of livelihood for four-fifths of the population in Ethiopia. However, the sector has faced complex and overlapping threats over the past decade. Since 2019, the country has been responding to the worst desert locust invasion in over a quarter of a century. Although the invasion has subsided, the upsurge decimated crop fields, pasture, and rangelands, increasing the population's vulnerability to food insecurity and malnutrition.

At the same time, the COVID-19 pandemic and associated prevention guidelines coupled with economic hardships have limited the population's access to nutritious food, agricultural inputs, services, and employment. Moreover, the conflict in northern Ethiopia has also led to displacement and disrupted agricultural production and markets.

Recently, I travelled to the eastern and southeastern parts of the country. I saw first-hand the impact of the prolonged La Niña-induced drought on the lives and livelihoods of the population. I spoke to desperate communities as they watched their livestock die from lack of pasture, water, and diseases. Crops had failed, and many households relied on humanitarian aid to survive. I saw the same vulnerability in the areas affected by conflict in northern Ethiopia, as many people could not tend to their farms due to insecurity and displacement. Even the recovery registered from past disasters in the affected regions is quickly eroding.

As disasters overlap and their magnitude and impact increase, the population is less able to recover and adapt, hence becoming more vulnerable to future shocks.

Therefore, it is prudent to change our way of thinking, decision-making, and move from a reactive response to disasters to proactively preventing and anticipating them. We need to increase investment in early warning, preparedness, and early action, to save lives and livelihoods and reduce the impact of these disasters. Acting early, before, or on the onset of a disaster has been proven less costly and more effective. However, it calls for flexible funding mechanisms than can allow resources to be available quickly, enabling the rapid procurement and distribution of supplies before the peak of the disaster.

For example, in response to the 2017 drought, the Food & Agriculture Organization of the United Nations (FAO) [of which the author is a representative] implemented an Early Action at the onset of the drought in the Somali region. The Organisation distributed livestock feed and provided animal health services and training to the targeted communities. This intervention shifted the focus from response to prevention and mitigation and, in the process, saved lives and secured livelihoods.

The results of the evaluation survey found that each beneficiary household gained 187 dollars (from investments of 179 dollars) from the Early Action intervention compared to non-beneficiaries. The benefits were derived from avoided losses due to reduced livestock mortality, reduced distress livestock sales, and the benefits of better livestock market prices due to improved animal body conditions and milk production.

As we respond to the current drought enveloped by other disasters, timely funding is critical to make a meaningful response. In January 2022, FAO launched a 53 million dollar drought rapid response and mitigation plan for Ethiopia's agriculture sector. The emergency intervention activities described in the Plan needed to be implemented from January to June 2022. However, halfway through the implementation period, the agriculture sector has only received 19.5 million dollars from resource partners, leaving a funding gap.

Without adequate and timely funding, we cannot respond to disasters appropriately. We may spread the available resources thinly, not implement planned activities, or deliver the support late and not in line with the seasonal calendars.

As Ethiopia emerges from multiple ongoing emergencies, collective efforts of stakeholders and timely funding and response will therefore be critical for recovery and resilience building. 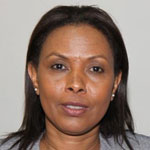 Donors Pledge $1.4b for Drought Response