In a region beset with conflict, the uptick of numbers paint a grim foreboding. Hunger is on the rise again in Africa, reversing the gains and derailing the efforts made in the last few years.

Recent years brought recurrent conflicts in the region. In 2018 alone, there were over 90 conflicts in Africa, a quarter of such occurrences globally. Conflicts in 10 African countries left millions of people in need of urgent food assistance and hundreds of thousands to quickly flee their homes and involuntarily abandon their livelihoods.

Most of these livelihoods are dependent on agriculture and the emergence of conflict has life-changing and serious implications. For people who rely on agriculture, conflicts destroy food systems, decimate crops and livestock resources, and cause loss of assets and incomes. These trigger food insecurity, malnutrition and hunger.

People living in countries affected by conflict are more likely to be food insecure and malnourished. For some African countries, the prevalence of undernourishment is about two and a half times higher in countries affected by a protracted crisis than in other development contexts. Nutrition outcomes are also worse in conflict situations, where almost 122 million, or 75pc of stunted children, are under the age of five.

Conflicts trigger a domino effect. They lead to food insecurity and malnutrition, which are also conflict multipliers, especially in fragile states. The relentless cycle goes unchecked if collective action is not in place.

The 2030 Agenda for Sustainable Development calls for a transformative approach pointing to improved collaboration on conflict prevention and resolution. The African Union Agenda 2063 likewise prioritizes peace and security to reposition Africa on a sustainable route of transformation and development.

The commitment of the African leadership to change course has been confirmed in the 2014 Malabo Declaration on “Accelerated Agricultural Growth and Transformation for Shared Prosperity and Improved Livelihoods” in the framework of the Comprehensive Africa Agriculture Development Programme (CAADP) agenda. The goal to ending hunger in Africa by 2025 stands out among the prominent commitments of the Malabo Declaration, stressing the notion that peace and stability are the prime preconditions to achieve this goal.

It is in this context that the African Union has selected the theme of the year 2020 to be “Silencing the Guns: Creating Conducive Conditions for Africa’s Development”. As a flagship project of the Agenda 2063, this initiative would have a greater impact in promoting peace and stability in Africa, with the goal of ending wars and civil conflicts, thereby achieving concrete development goals, including the eradication of hunger.

Institutions such as the FAO (which the author of this article is an assistant director-general and regional representative of) have a key role to play in supporting the Silencing the Guns Initiative.  FAO is, for instance, poised to tap into the potential of agriculture to lift large numbers of the rural poor out of poverty, contributing to peace and security. Under flagships such as Hand-in-Hand initiative by the FAO, it is also possible to actively collaborate with member countries and development partners taking bold step toward achieving the SDG goals of eradicating poverty, hunger and malnutrition, through accelerating agricultural transformation and sustainable development.

Such initiatives offer opportunities to use the most advanced tools available, including advanced geospatial modelling and analytics, to improve targeting and to tailor policy interventions, innovation, finance, investment and institutional reform in a comprehensive approach.

On the margins of the AU Summit this year, high-level side events are also set to take place. One of these will be “Hand-in-Hand in Partnerships towards Maintaining Peace through Improved Food Security and Nutrition in Africa.” The other is the launch of the regional flagship publicationAfrica Regional Overview of Food Security and Nutrition,which reports on the food security situation in the continent as driven by conflicts and other factors such as climate shocks and economic slowdowns and downturns.

Such engagements will delve into the critical role of enhancing inclusive investments and innovative solutions to support resilient food and agriculture systems that would make sustainable peace possible, which in turn would be key to reversing the worsening trends of food insecurity and malnutrition in Africa. 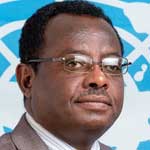 Bulcha Demeksa: OLF Should Not Stand in the Way of Peace

“Thousands of years of … peace and tranquility.”