The women’s rights movement that I serve celebrates the Nobel Peace Prize awarded to Prime Minister Abiy while still anticipating delivery on the promises made in the early part of the reform, writes Sehin Teferra (PhD), the founder of Setaweet, (meaning "of woman") in Amharic, a contemporary feminist movement founded in 2014.

As most other Ethiopians, I watched our Prime Minister’s acceptance of the Nobel Peace Prize on December 10, 2019, with something like awe. The Nobel Prize, for Peace of all categories, is simply not something that has ever been on the Ethiopian radar, and the acknowledgement of this rare honour has been immense. It was not only the Prime Minister who was honoured in Oslo but Ethiopia in all her culture and glory.

Prime Minister Abiy Ahmed (PhD) gave a careful and balanced acceptance speech in which he placed his political concept of medemerat front and centre of the policies with which he is leading Ethiopia.

However, we all know that the nomination of the Prime Minister for this particular acknowledgement has not been without its detractors, and as the citation before the honour went, Prime Minister Abiy won the prize for his efforts in establishing peace between Ethiopia and Eritrea, and in the Horn at large.

We also know that the Nobel Peace Prize can be a tricky assignation–Henry Kissinger, the American Foreign Secretary, was awarded the Prize despite his role in the disastrous war against Vietnam. President Barrack Obama won it a few weeks into his Presidency, and more recently, Daw Aung San Suu Kyi, the de facto leader of Myanmar, has been asked by a group of eight laureates to return hers, following her defence of her country’s genocidal treatment of the minority Rohingya Muslims.

The Nobel Peace Prize will have lasting significance for Ethiopia if it empowers our leader to build on the good things he has started. However, any global recognition is a double-edged sword, and the Nobel will have failed us if it makes the Prime Minister dig in his heels when it comes to dialogue and further diminish his tolerance for dissent, or if it creates a sense of complacency where none is warranted.

Abiy has done wondrous things in the past two years, but even the most ardent of his supporters will agree that he has accepted the Nobel Peace Prize with the country on a precipice. A few weeks following the announcement of his win, he managed to bring together eight distinct parties into one, heralding the end of the EPRDF as we know it when the new Ethiopian Prosperity Party gets its accreditation from the National Election Board of Ethiopia. The Prime Minister and his bold vision for the country have already transformed the political landscape.

I do not claim to have sufficient insight into the politics at the top, and I think that as a highly popular leader, we can fairly say that he garners widespread sympathy and good will. It cannot be easy to balance between a rock and a hard place that he navigates every day, and I hope that along with the Nobel Peace Prize comes the requisite wisdom to take Ethiopia off the edge and onto a relative plateau of peace.

The concerns that seek the heart and mind of the Prime Minister, as soon as the dust settles following the celebrations, relate to the state of security and the duty of the government to protect its citizens. Our excitement over the Prize won by Abiy does not mean that we forget what social media activists have dubbed the October 2019 massacre. We are not out of the woods when it comes to justice and the quest for security. Ethnic-based blind hatred continues to cost us the lives of university students at a regular rate, and it will be the challenge of the Prime Minister to create the platform for peace for which he has just won a global prize.

News of the Nobel Peace Prize win by Abiy may receive a mixed reception in our internally-displaced people’s camps. Ethiopia now has a larger population of displaced people than Syria or Yemen – 2.3 million Ethiopians in 2018 by the government’s own count. The Prime Minister has only made one public visit to an IDP settlement, and international aid actors complain of the premature return of populations of IDPs risking further violence and retribution by warring militia groups. The win of a Nobel Prize for Peace amps up the moral obligation on the winner to pay closer attention to the plight of Ethiopian citizens who have lost their homes and way of life.

When it is not politics, it is, of course, the economy. We know that the Prime Minister inherited empty coffers and much has been made of the new Homegrown Economic Reform Agenda. In the days leading up to his acceptance of the Nobel Peace Prize, the government has signed a large deal with the International Monetary Fund, worth 2.9 Billion dollars.

We understand that our economy is cash-strapped and perhaps this give-and-take with the overlords of the economic order is what we need. The economic policy under the medemerrubric takes a firm stand against alignment with either neoliberalism or a command economic system, but to my non-trained eyes, the economic approach of the reform certainly seems to be of a neoliberal bent. What is wrong with a neoliberal approach if it gets us out of the economic quagmire we are in?

The new Nobel laureate and his government will have the difficult job of balancing economic welfare with economic growth. Over 80pc of Ethiopia’s children live under the multi-dimensional poverty line, and if previous administrations with their pro-poor and developmental growth models struggled to feed our population of 100 million-plus Ethiopians, the "pragmatic" approach of the economic reform path has its work cut out for it in terms of protecting the very poor segments of the Ethiopian population.

The women’s rights movement that I serve celebrates the Nobel Peace Prize awarded to Prime Minister Abiy while still anticipating delivery on the promises made in the early part of the reform. The gender-equal cabinet that is one of the sources of pride of the reform have not always translated into gender-sensitive policies, and we risk a backslide on the gains of the previous administrations when it comes to gender justice and equality. Reports from aid agencies indicate high levels of sexual violence in IDP camps that are currently receiving scant attention.

The education road map that will be implemented from the next academic year onwards lost a major opportunity to embed steps to enhance the attainment of girls in elementary and secondary schools, and the newly passed Political Parties and Election Law does not legislate for women’s participation, even in terms of membership. The current decision to deploy federal police onto university campuses is not reassuring to gender equality activists who know of accusations of rape and failure to provide protection to female students by those who are tasked to guarantee their safety on multiple university campuses. The Ministry of Women, Children & Youth Affairs remains under-resourced to carry out its oversized mandates.

A large proportion of the Ethiopian public supports our leader, and we hope that his recent international recognition will further propel his office to consolidate on the gains promised.

No policy is perfect, and no leader is perfect, not even one who is now a Nobel laureate. However, the great leader that Prime Minister Abiy can become one day will listen to the concerns of ordinary citizens and learn as much as he teaches. I fervently hope to see him grow into that role, befitting the title of a Nobel Prize laureate for Peace. 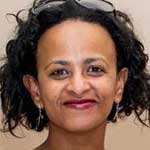 Sehin Teferra (PhD) is the founder of Setaweet Movement. She can be reached at sehin.teferra@setaweet.com.

The tale of two dispositions could be what best describes Prime Minister Abiy Ahmed...

Inflationary Expectations: Ethiopian Authorities Not Learning From the Past

Is the Honeymoon over for the New Prime Minister?

For Women and Peace

Expectations of a Reforming Prime Minister

While traveling from Hawassa, currently a capital to both the Southern and Sidama reg...

In a bid to open up the economy, parliament recently revised Ethiopia’s Commercial...

War's Fruitless, Horrific; Better Late than Never to Give Peace a Chance

For the curious interested in political studies, the twists and turns unfolding in Et...

Dare Converse on Politics, But with Reason, Open Mind

A group of us, friends, met over the weekend. Unsurprisingly, the conversation soon v...

Apple a Day Keeps the Ethiopian Health System Away

Not long ago, a friend’s relative became sick. Her grandson rushed her to a hospita...

Customs authorities have been directed to consider all motor vehicles imported within...

All Ethiopian diplomats, barring ambassadors and heads of finance, have been instruct...

Barely a week after the government set aside its cement market regulatory policy, cem...