For the Sake of Everyone, Russia-Ukraine War Ought to End


Aug 20 , 2022
By Abreham Ketema ( Abreham Ketema (abrehamketemawin7@gmail.com) is interested in politics and culture. He has written for Ethiopia Insight and Awash Post. )

The military competition between Russia and the North Atlantic Treaty Organisation (NATO) is rapidly escalating. It has contributed to the development of conflict zones, allowing a range of humanitarian catastrophes and violations of human rights across the world. A focal point at the moment is Ukraine.

The war in Ukraine may be the most striking example of the struggle by Russian leaders, including President Vladimir Putin, to show their deep anger and frustration at the West, which challenges their regional dominance.

The question about the expansion of NATO may have been legitimate, but the invasion of Ukraine is wrong from even Russia's strategic point of view.

The CIA had been warning the world about the possible Russian invasion of Ukraine despite the initial reluctance of Ukraine to accept until the attack became a new reality.

First, President Vladimir Putin ordered a legislative meeting. Then they passed a vote to recognise the Donetsk region as an independent state, alleging atrocities against a Russian population living there. On the next day, President Putin authorised the nation’s defence force under cover of "special operations" into Ukrainian land.

Millions of Ukrainian left their homes in an effort to seek shelter afterwards. More than thousands of civilians have lost their lives. The others have been trapped amid crossfire and lost access to basic services in different parts of the region. Infrastructure built over the years was destroyed within seconds as the bombing continued. The repetition of human rights violations has raised concerns.

On the other hand, millions of Russians who had never been involved with their leader's decision were targeted with sanctions across the world.

Russia's invasion of Ukraine has taken the whole world's attention, challenging nations on where they would stand on their political decisions. The world is in a dilemma. For instance, the EU has been largely dependent on Russian gas for years. Its demand for energy has clouded its decisions, leading it to struggle to keep the economy going.

The Russia-Ukraine war has also added fuel to existing humanitarian crises. Consequently, the interruption of wheat supply from those countries has risked the starvation of millions and worsened aid dependency. According to the African Development Bank (AfDB), it is driving wheat prices up by 60pc.

What is the way forward?

The international community must continue to pressure all sides to come to the point of understanding.

The dialogue between only two countries may bring short-term peace. The first step is to facilitate the ceasefire. The withdrawal of Russian forces from Ukraine's land would be crucial. Russia must be willing to retreat, at least because its willingness to invade Ukraine broadened the desire of Finland and Sweden to join NATO. This shows Russian strategic error to forecast and understand it from a much broader concept. It would also help lessen the effect of sanctions and the segregation of Russia from the rest of the world.

The second step is to allow humanitarian aid to all displaced and conflict-affected communities. The international community must do their part. Above all, restoring access to all basic services such as electricity in conflict-affected regions of Ukraine is essential to save civilian lives.

Third, the international community must continue to push Russia and Ukraine through diplomatic pressure, aiming toward reconciliation. In this respect, mediation is critical from every angle to bring the seeds of hope.

Given the historical relationship between India and Russia, and the influence of political leaders like Prime Minister Modi, engaging them is key to a successful peace process.

The fourth step would be facilitating and supporting an independent human rights investigation of the atrocities committed. This part is essential to hold perpetrators accountable.

Lastly, preparing an all-inclusive dialogue seeks the representation of Russia and Ukraine, as well as NATO. The dialogue between the two countries will bring peace. At a minimum, it brings stability to Europe. At the most, it contributes to world peace and economic growth. 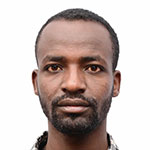 Abreham Ketema (abrehamketemawin7@gmail.com) is interested in politics and culture. He has written for Ethiopia Insight and Awash Post.

The End of Free-Lunch Economics

Making Migration Work for Everyone

The war of words between TPLF and ADP