October 31 , 2020
By Tsegaab Teklu ( is an enterprise performance management and data-driven leadership professional in the United States and is pursuing a doctoral programme at Georgetown University. The opinions held here are that of the author and do not represent that of any organisation. He can be reached at @tsegaab. )

On October 19, President Donald Trump tweeted that the new government of Sudan agreed to pay a settlement of 335 million dollars to terror victims. Upon depositing this money, the country will be lifted from the state sponsors of terrorism (SST) list of the United States, the president added.

The list designates countries that have “repeatedly provided support for acts of international terrorism,” according to the United States Department of State. Sudan has been on it since August 1993 for "supporting" international terrorist group members. The other countries currently on this list are North Korea, Iran and Syria.

Though most sanctions on Sudan were lifted by 2017, the SST was one of the long lingering restrictions Sudan continued to live with. Sudan and the US re-established a working counterterrorism relationship early in the new millennium. Despite this cooperation, the SST continued to include Sudan for various factors that needed to be resolved before delisting.

This included the court judgments that ordered Sudan to pay a settlement to the victims of the 1998 US embassy attacks in Nairobi and Dar es Salaam and the 2000 attack on the US Navy ship at the Port of Aden. The new transitional government that succeeded President Omar al-Bashir’s three-decade reign has been taking steps to make the delisting a reality.

The biggest impact of Sudan's delisting is believed to be the support of the US and ally nations to Sudan’s debt problem. The US could be open to voting on World Bank and International Monetary Fund (IMF) debt relief packages in favour of Sudan. This would also potentially help the country in the step toward qualifying for debt relief under the Heavily Indebted Poor Countries (HIPC) initiative. Currently, Sudan is among the three countries in the Pre-Decision-Point phase, which shows that some initial conditions for debt relief have been met.

As neighbours, Sudan and Ethiopia’s history and fate are highly intertwined. Even the undemocratic leaders in both countries managed to maintain a good, if not a stable, diplomatic relationship before and after Sudan’s SST designation. Currently, both nations are undergoing massive political changes and trying to recoup missed growth opportunities.

One common challenge both reforming governments are facing is a high debt-to-GDP ratio. Sudan’s current gross debt is 259pc of its GDP, making it the second-highest ratio of the nations IMF tracks and one of the handful of nations that IMF classified as being in debt distress. Though Ethiopia’s debt-to-GDP ratio is much lower than that of Sudan’s, the IMF classifies Ethiopia under high risk of debt distress.

Debt cancellation and relief provide additional working capital for distressed nations. It helps retain the money that would have gone to service the foreign debt to be locally invested. It was in April of this year that Prime Minister Abiy Ahmed (PhD) detailed the challenges faced by highly-indebted countries and advocated for a "debt cancellation for poor nations" in a New York Times opinion piece.

It is estimated that national debt starts to slow a country’s growth once it reaches half of its GDP. With this, Sudan welcomes any debt relief that might result from the SST delisting. The primary beneficiaries of this potential change will be Sudanese citizens who have long been working toward improved livelihood. Beyond this, development in Sudan would further have a ripple effect on the region.

One of the many industries that would benefit from growth in either one of the nations is the air transport sector. The direct correlation between growth and mobility is a well-established fact. The biggest player in the African air transport sector, Ethiopian Airlines, will become one of the growth partners because of the strategic proximity of its hub and the scale of its international service.

The energy industry would also be one potential sector that would enhance cooperation between the neighbouring nations. Development calls for higher energy demand and one of the mega energy undertakings in the region is the GERD project.

It is unclear whether or not the SST negotiation made Sudan feel a certain way about GERD negotiations. Regardless, successful completion of the Dam will make it a powerhouse to the region, making Sudan the closest beneficiary. 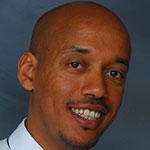 is an enterprise performance management and data-driven leadership professional in the United States and is pursuing a doctoral programme at Georgetown University. The opinions held here are that of the author and do not represent that of any organisation. He can be reached at @tsegaab.

Reform Agenda Neither Homegrown nor Pathway to Prosperity