Many low-income countries such as Ethiopia are now busy with tree planting initiatives. Unless planned carefully, this can hurt water security instead of enhancing it, writes Solomon Gebreyohannis Gebrehiwot (PhD) (solomon358.sg@gmail.com), at the Ethiopian Institute of Water Resources (EIWR), Addis Abeba University.

Water-related ecosystem services are one among several benefits of forests. Despite this, there is no scientific evidence that trees or forests directly bring rain. The positive hydrological services of trees follow a complex pathway and are mainly indirect. In fact, there could be negative impacts on available water, not least in the early growth years of trees. Adopting alternate management options can help utilise existing and future forest restoration activities for better water security.

Like the recent Ethiopian Green Legacy Initiative, tree planting programmes are being carried out across several tropical countries. Many of these are African countries, making the continent the third largest forest planting region globally.

Such tree planting campaigns got their momentum in the 1970s when global and national environmental programmes began to include landscape restoration and protection in their agendas. Nobel Peace Prize winner Wangari Maathai famously initiated the Billion Tree Campaign in 1977; UNEP reinvigorated this initiative for addressing biodiversity loss and climate change by 2006. The Kyoto Protocol added to the momentum by seeing tree planting and climate change as inseparable. In 2011, The Bonn Challenge was launched to restore 350 million hectares of land worldwide by 2030.

Many low-income and African countries are busy now with tree planting initiatives. Ethiopia attempted to plant five billion trees in 2020. Close to four billion trees were planted in 2019, according to government sources.

Part of this effort is geared toward addressing water security, which is worsening as climate variability broadens. There are droughts followed by flooding now, both of which remain burdens to programmes set to fight poverty in African countries. The continent is seeing 1.5 times higher temperature increases due to global average warming.

In the same token, water demand should increase along with the average trend of population growth, which is around 2.6pc. But with growing aspirations of development, demand will also increase with economic growth. Indeed, water security is not only about the livelihood of low-income families but about guaranteeing the growth of the national economy as well.

It is then crucial to understand the scientific basis for the relationship between the forest and water.

Physiologically, trees suck water rather than provide it. However, that premise is compared to smaller vegetation and expecting no change to other environmental factors like micro-climate and soils. What happens to the surrounding environment has a direct role in the resultant impacts of trees on the water. The mere physiological effect - taking away of water – is associated with the state of other environmental changes and processes associated with tree planting.

Indeed, trees as a forest can augment and regulate available water, specifically by checking peak flows during the rainy season and continuing to release the water when the season turns dry. This is one reason that triggers the overwhelming popular belief that forests are always water providers across the globe.

To understand the impact of tree planting on water security, the government should examine the plantation process based on how it plays a role in recharging the subsurface or enhancing evapotranspiration. In forest hydrology, this is called an infiltration tradeoff. Trees can enhance subsurface flow and storage by enhancing the structure of soils and checking soil erosion.

This is through a cooling effect (in other terms, reducing soil evaporation). Trees release water into the atmosphere by enhancing local moisture recycling, which contributes to local rainfall. However, the greater amount of water released by trees into the atmosphere is taken away by travelling wind and becomes rain elsewhere. This is a positive effect remotely. But it is negative at the local level, as comparatively much water is taken up by trees and released into the atmosphere.

This is an overall situation at the local level that does not help us remain confident in our assertion that trees ensure water security. Indeed, it is rarely a complete negative. At the least, evapotranspired water from planted trees will be transported and become rainwater somewhere else.

Tracking where our planted trees tend to influence hydrology will be critical for realising water security. Land potential (site quality) and suitability for plantation management have been considered for the tree planting campaigns. An additional review to site suitability management should emphasise post-planting impacts on natural resources such as water. Water security is challenged by all forms of natural and human-induced attributes: hydrological and climatological extremes (expressed in drought and flooding), land use change, land degradation, water (quality) and environmental degradation, climate change and natural disasters.

Reviewing the ongoing plantation programmes for better water security requires an overarching plan. Specifically, this is laying out suitable mechanisms to silviculture (to enhance seedling survival for planted trees and natural regeneration) and setting new restoration options. Enhancing natural regeneration and silviculture, agro-forestry, and watershed protection can be considered as restoration options.

Other adjustment management mechanisms could include species and tree management. For instance, fast-growing exotic tree species could be avoided for local indigenous species - they are found to dry up streams and soil water faster than local ones. Instead of changing to forest lands, the restoration of grasslands is found to augment water security, as trees pump more water from the soil than grasses.

The main part of the tracking plan could be monitoring and assessment schemes and an adaptive management mechanism. Soil moisture, groundwater level, stream flow, and sap flow measurement can be introduced to get answers on what the trees do to water, at least at a local level. Specific consideration can be given to comparative landscape hydrology analysis to understand how the seasonal and annual variability of available water is being affected following plantation.

Adaptive management can be employed as a follow-up to the outcome of the monitoring system. The adaptive management works by creating a stakeholder network, bringing together forest and water-related institutions and programmes. For this specific tracking plan, reviewing ongoing research projects and scientific results on similar topics will be a crucial starting point.

There could also be different pilot monitoring sites. Diagnosing stakeholders, establishing research consortia, creating discussion platforms and setting strategic plans on incorporating outcomes into future plantation management could play a key role in the adaptive management process. That will help us not to leave water security in limbo under the mega tree restoration programmes. 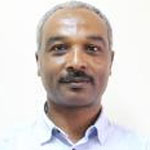 Don't Knock Spirituality. It's the Reinforcement to Tolerance, Social Welfare

Dashen Shareholders Vote to Raise Capital to 12b Br

Planting Trees by the Number