July 3 , 2021
By Simon Johnson ( is a former chief economist at the International Monetary Fund (IMF) and co-chair of the COVID-19 Policy Alliance. )

If a meteor hits Earth, a major natural disaster strikes or any other shock of previously unanticipated dimensions occurs, economic policymakers would respond with two plausible alternatives. Focus on helping the financial sector, along the lines of what was done in 2008-09, or go as big as possible in helping everyone who needs help, as was done in 2020-21. While the 2008 crisis response was better than many alternatives, what was achieved in 2020 should become our reference point for dealing with systemic cataclysms.

Next time, however, we need to do even better in terms of helping people at the lower end of the income distribution. This requires significant investments in social infrastructure that should really start today.

In the aftermath of the 2008 global financial crisis, the consensus among policymakers in the United States and Europe was that rescue measures should focus on helping prevent bankruptcy in the financial sector. This meant providing additional equity capital on advantageous terms and attempting to boost asset prices as much as possible. The amount of support provided directly to homeowners and the unemployed was small by comparison, and there was also no consideration given to non-financial firms (restaurants, shops and hotels) that were blindsided by the disaster.

In 2020, things were different. The financial system was also in jeopardy, but this time there was much more political appetite to help innocent people outside of finance.

Of course, most people who lose their jobs or suffer income losses in any economic downturn should be considered innocent bystanders. But economic policymakers conventionally consider such losses normal or unavoidable or even, in the ultimate misleading euphemism, a necessary part of “creative destruction.”

Keep in mind that people at the higher end of the income scale rarely suffer such losses. A few might go bankrupt, but in general more educated and prosperous people are likely to keep their positions – or find a new job and bounce back faster once the economy turns the corner. Rich people with deep pockets, meaning cash in hand, often do well in downturns, because they can buy up assets cheaply.

As former US President Donald Trump said in 2006 of a potential crash in housing prices, “I sort of hope that happens because then people like me would go in and buy.”

When pressed on this point in 2016 by Hillary Clinton, in a presidential debate, Trump responded: “That’s called business, by the way.”

What we learned in the COVID-19 crisis, however, is that it does not have to be this way. By providing generous (relative to historical levels) unemployment insurance and other forms of support (such as protection against eviction), the government was able to keep people housed and fed – and to prevent a downward spiral in asset prices, wealth, and prospects.

In fact, asset prices have been remarkably buoyant over the past 18 months. The total wealth of Americans rose 13.5 trillion dollars in 2020, partly owing to booming equity prices, but largely because house prices have risen rather than fallen.

Billionaires did well in 2020, just as they did after 2008. The difference this time is that ordinary households were better protected.

Of course, the system of public support proved far from perfect. It has been far too difficult to get cash into the hands of people who need it, including lower-wage service-sector workers. Small businesses applying for support have had to navigate onerous bureaucratic red tape. And access to public health resources has remained extremely uneven.

We know how to fix these problems. Create a central bank digital currency that would allow the direct provision of funds to individuals, under appropriate circumstances. Use the latest technology to understand the financial needs of firms that are hit by an unforeseeable shock. And make sure that everyone has routine access to quality medical care (which is the best way to build up trust in doctors, so that people listen to their guidance when it matters, for example on the topic of vaccines).

The good news is that the US Congress is moving in this direction in its plans for new infrastructure investment. The latest consensus apparently includes financing to expand access to broadband.

There will be future shocks, and there is no reason to think they will be smaller than those that are in most people’s living memory. In the past 30 years, the Berlin Wall fell, China rose, terrorists attacked the US, the housing market blew up, and a global pandemic shut down pretty much everything.

We can and should prepare for all the specific shocks we can imagine. But every one of those major disruptions was regarded by most people – and all the policymakers who mattered – as a low-probability event. But by now, we should know better. The best way to prepare for the unforeseeable is to help people live healthier and more prosperous lives in good times, and to offer as much help as possible to everyone who needs it when bad times come again. 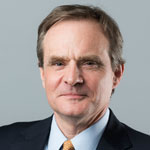 is a former chief economist at the International Monetary Fund (IMF) and co-chair of the COVID-19 Policy Alliance.

Sliding Exchange Rate of Birr Could Cash Out in Currency Crisis

The Bad, the Ugly of Society in Crisis

Asmera: The Addis Abeba that Never Was, for the Better

With Ingenuity, We Shall Overcome the COVID-19 Crisis