December 11 , 2020
By Maximo Torero ( Maximo Torero is a chief economist of the Food & Agriculture Organisation (FAO) of the United Nations. )

The world is not yet sufficiently alarmed by how much the COVID-19 pandemic has ravaged the global economy. We track the daily numbers of infections and casualties. But we are oblivious to the job losses and lives upended, especially in the developing world, where the pandemic has barely elicited a public health response.

The pandemic’s impact on major economies has so far been four times worse than that of the 2008 global financial crisis. In the second quarter of 2020, US GDP fell by 9.1pc compared to the previous three months, dwarfing the two percent quarterly contraction in the same period in 2009. The eurozone economy fared even worse, shrinking by 11.8pc. Many developing countries, meanwhile, have had entire sections of their economies wiped out, as if in a war. Planning, investing and rebuilding, therefore, require a post-war mindset.

To be sure, G20 governments have spent a whopping 7.6 trillion dollars (and counting) on fiscal stimulus, and leading central banks are pumping out money to revive the global economy. The US Federal Reserve is spending 2.3 trillion dollars to support businesses and financial markets, far exceeding its 2008 rescue package of 700 billion dollars. These measures are providing a lifeline for many, from laid-off restaurant workers to small-business owners, who now have access to unemployment insurance and social security programmes.

Less discussed, however, is how fiscal and monetary stimulus in wealthier countries has made things worse for low-income countries. Even before the pandemic, much of the developing world was struggling with record-high debt, weak growth, and climate-related challenges. As a result, citizens had few safety nets when times got tough.

Today, policy loosening in advanced economies is causing developing country currencies to appreciate, resulting in a loss of export competitiveness and foreign investment, inflation, and economic destabilisation. Poor countries largely rely on informal economies, commodity exports, tourism and remittances, all of which have been hit hard by the pandemic. Together with the collapse of oil prices, advanced economies’ stimulus packages have left countries like Ecuador and Nigeria scrambling for economic survival.

Rich countries’ policies also contribute to rising food prices in poor countries. While supermarket shelves in the developed world are fully stocked with affordable food, nearly 700 million people globally were already chronically hungry before the pandemic – and more than 130 million could now join their ranks as a result of COVID-19. In countries such as Uganda, the price of basic foods has jumped by 15pc since March. People report consuming fewer, less diverse, and less healthy meals – a recipe for future disease.

Poor people in low-income countries typically cannot work from home; and if they do not work, they do not eat. The not-so-secret headline from large swaths of the developing world is that the coronavirus’s economic impact is far more devastating than the virus itself.

Consider that in just six months, the pandemic has erased a decade of progress in poverty reduction. Between 1990 and 2017, the number of extremely poor people globally fell from nearly two billion to 689 million. But because of COVID-19, the total is rising again for the first time since 1998. Over 140 million people could fall into extreme poverty this year, with South Asia and Africa the hardest-hit regions.

A mere three percent of what G20 countries have spent to date on their COVID-19 stimulus packages would be enough to stop these grim scenarios. A one-off voluntary humanitarian tax paid by G20 countries that raised 230 billion dollars could improve infrastructure and communications technology in order to feed the rural hungry. For example, an annual investment of 10 billion dollars over ten years to build better roads and storage facilities could reduce food loss for 34 million people. Similarly, a 26 billion dollar investment could increase access to cell phones for nearly 30 million rural residents, enabling them to bolster their income by accessing information on crop prices and weather forecasts.

Foreign aid is a smart investment, but political will is currently in short supply. The United States, by far the largest donor to global health and development programmes, is pouring tens of billions of dollars into drug companies to secure a COVID-19 vaccine for its citizens only, even as other countries join forces to expand global access to vaccines. The United Kingdom cut its aid budget by 2.9 billion pounds this year and has merged its development agency with its foreign office. Such approaches are short-sighted.

In 2003, by contrast, US President George W. Bush launched the President’s Emergency Plan for AIDS Relief to provide antiretroviral drugs to people living with HIV/AIDS in Africa. With a running tab of 85 billion dollars, the programme has thus far saved some 18 million lives. Moreover, it has strengthened the overall health infrastructure in countries like Botswana, which no doubt is helping that country to fight COVID-19 now.

Similarly, the global economy flourished after World War II, because the US revived war-ravaged Western Europe with the Marshall Plan. We face a comparable scenario today. Any policy intervention should treat the fight against COVID-19 like a war and the hardest-hit economies like conflict zones. The world needs to grasp the full scale of the wreckage and the challenge of reconstruction. 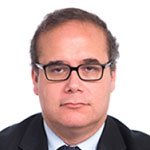 Maximo Torero is a chief economist of the Food & Agriculture Organisation (FAO) of the United Nations.

Prices of Secondhand Cars Race Ahead
News Analysis
RULE OF LAW: WHERE A STATE CAN NEVER FAIL (LESSON X)
News Analysis
TAXES: A SMALL PIE CAN ONLY GIVE SO MUCH (LESSON IX)
Fortune News
"THE AIR IS DEAD"
Fortune News
Fed Gov't to Fully Administer Concurrent Taxes
Featured

FACE OF THE CONFLICT

The circumstance of this girl, carrying a child on her back, fleeing her home for safety, is the collateral damage of the armed conflict in...

Sino-Africa economic and development relations have a long history. In modern times,...

The Many Tentacles of Regional Planning

The Council of Ministers has recently green-lighted Ethiopia’s 10-Year Perspective...

Economic Planning Needs to Learn the Cost of Indiscipline

It is refreshing to see a publicised high-level government meeting become somewhat co...

There is no shortage of ironies in Ethiopia’s history. One of the cruellest, perhap...

The COVID-19 pandemic, having seen over 126,000 cases reported across Ethiopia and leading to the deaths of around 2,000 people, had a silve...

Five years ago, I met James and his family in Paris, near the Eiffel Tower. We were both taking pictures...

The Dangers of Nocturnal Taxi Service

Recently, a friend left his job, bought a car and registered to work for a taxi-hailing service provider...

In Superstitious Universe, Keep to Oneself

Sometimes we are confident that things will work out for us. If we close our eyes, we can vividly see...

"THE AIR IS DEAD"

On the eve of the Ethiopian Christmas (Genna), January 6, 2020, a Suzuki truck stood at the entrance of Shola Market with a vendor shouting...

A bill that gives the federal government full authority to collect and administer revenues from concurren...

The founding head of the Agricultural Transformation Agency (ATA) has resigned from office on January 8,...

Humanitarian Crisis at Fever Pitch as Tigray Conflict Wages On

A recent assessment, carried out by a joint government and humanitarian actors group, has revealed that ...