The Infrastructure of Recovery

Physical infrastructure has a critical role to play in supporting the post-pandemic recovery and in laying the longer-term foundations for green, resilient, and inclusive development. A growing body of evidence highlights its contribution to a wide range of development indicators, including employment, productivity, income, inequality, trade, and human-capital formation.

Yet, across much of the developing world, infrastructure remains woefully inadequate. Some one billion people live more than a mile from an all-season road, 760 million lack access to electricity at home, and 450 million live beyond the range of a broadband signal. Even where these services are available, they are frequently erratic and unaffordable. The disruptions caused by unreliable infrastructure cost individuals and businesses hundreds of billions of dollars annually, and the world’s poorest and most fragile countries have the most expensive broadband, electricity, and transportation services.

Even before the COVID-19 pandemic, investment in infrastructure was well below the levels needed to achieve global development goals. And since the pandemic, spending has been squeezed further. While many developed economies have implemented stimulus packages to support economic recovery – often with infrastructure components – the world’s poorest states lack the fiscal space for such measures. The last G7 summit highlighted this issue, as leaders called for enhanced efforts to fund infrastructure development in low- and middle-income countries (LMICs).

To maximise infrastructure’s contribution to the global economic recovery and support green, resilient, and inclusive growth, additional investment must be channelled into effective programs. Four imperatives stand out.

For starters, meeting global climate targets requires an unprecedented wave of investment in green infrastructure. Energy and transportation systems together account for around two-thirds of global carbon dioxide emissions, and LMICs will account for much of the projected increase in emissions in the coming years. Investments in renewable electricity, energy efficiency, charging infrastructure for electric vehicles, climate-smart urban transport systems, and emerging green hydrogen supply chains are cost-effective options that simultaneously abate CO2 emissions and create jobs. In parallel with such new investments in green infrastructure, additional capital will be needed to support the accelerated retirement of coal-fired power stations.

Second, new projects must be designed to promote economic and social resilience to extreme weather and other external shocks. Climate change is already causing severe damage to existing infrastructure. For example, in January, Tropical Storm Ana took out around half of Malawi’s meagre power-generation capacity. The following month, a volcanic eruption and tsunami disconnected Tonga’s submarine internet cable.

Such direct infrastructure damage is already valued at around 18 billion dollars annually. Enhancing infrastructure resilience would add only a few percentage points to existing investment needs, but the anticipated benefits exceed the costs by a factor of four to one.

Despite Tonga’s experience, digital infrastructure is key to making whole societies more resilient to crisis. During the pandemic, the number of internet users globally jumped by 800 million, and data traffic in emerging economies increased by 25pc to 50pc as more and more activities moved online. Digital applications that support online service delivery and remote work enabled firms and governments to continue operating.

The third imperative is to invest in sustainable infrastructure that promotes social inclusion and addresses different dimensions of inequality. Despite the surge in digital connectivity during the pandemic, as of 2021, 2.9 billion people remain offline, including more than half of the population in LMICs and as much as 81pc in the least-developed countries. Substantial disparities between urban and rural areas, and between men and women in some parts of the world, also remain.

This digital divide has led to serious inequities in development outcomes. According to UNICEF, lack of access to relevant technologies prevented at least 463 million, or 31pc, of schoolchildren worldwide from participating in digital and broadcast remote learning during the pandemic. Only six percent of children in Sub-Saharan Africa were reached by internet-based remote learning programs.

Lastly, the overall effect of physical infrastructure on development depends on how investments are coordinated with each other and complemented by supportive policy measures. Across Africa, regional road corridors are critical for intracontinental trade. For example, an upgrade to the Lagos to Abidjan corridor could yield substantial economic benefits to countries along the West African coast. But a truck driver making the journey today can expect to spend 160 hours at border crossings. The benefits of the road upgrade could be doubled if border formalities are also streamlined.

Different types of infrastructure can boost the benefits of others. Across fragile regions of rural Africa, investments in rural roads have accelerated the movement of workers out of subsistence agriculture into higher-wage jobs in manufacturing and services. But the economic impact of roads can be several times larger in communities where electricity also is available.

Infrastructure has much to contribute to the post-pandemic recovery as well as to longer-term green, resilient, and inclusive development, especially in LMICs, where the need for investment is especially urgent. Meeting that need will be a daunting challenge, but also one that can be turned into an opportunity for all. 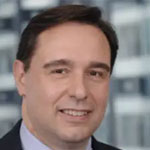 Riccardo Puliti is vice president for infrastructure at the World Bank.