With China's increasingly dominant position as the major infrastructure development financier in Africa, there is growing unease and concern that African countries may be naive in their negotiations with the Chinese. Is Ethiopia one of them?  Not really, argues Frangton Chiyemura (PhD) (frangton.chiyemura@open.ac.uk and Twitter @fchemura), a lecturer at the Open University, U.K. He conducted extensive research on Chinese financing and development of wind energy infrastructure in Ethiopia using the Adama wind farms as case studies.

Many people think that China dominates decision making processes when dealing with African countries. Such perceptions partly come from China’s role as a leading financier and contractor of infrastructure projects in Ethiopia.

Especially with the announcement of the Belt and Road Initiative by President Xi Jinping in 2013, Western institutions and think tanks fear that China will trap Africans in debt. Can Ethiopia effectively negotiate infrastructure financing and development with China?

To try to understand these processes, in 2017 and 2018, I interviewed 116 Ethiopian government officials and employees of Chinese enterprises who were involved in the Adama I and Adama II wind energy projects.

In Ethiopia, about 70pc of the population do not have access to electricity, and yet electricity infrastructure is critical for social and economic structural transformation. It contributes to economic growth by powering industries and reduces poverty by enriching the lives of the beneficiaries of the electricity services. Investing in these wind farms is seen in particular by the Ethiopian government as a way of sustainably addressing this challenge.

It is not just a matter of investing in this electricity infrastructure that matters, there should be an assurance that these projects are delivered in efficient and sustainable ways to ensure maximum benefit to the people. As such it is important to understand the structure, the brokering, the negotiations, the financing terms and conditions, the management and the implementation modalities of these deals.

In 2012, EEPCo awarded the same Chinese enterprises another EPC contract to construct Adama 2 with an installed generation capacity of 153 MW. Again, Export-Import Bank of China covered 85pc of the 345 million dollars, and the remainder was covered by the Ethiopian government.

The Ethiopian government planned for these two projects way back in 2006 before the Chinese got involved in the projects as demonstrated by their inclusion in the first and second Growth and Transformation Plan.

The Ethiopian government pushed for the use of local Ethiopians as labour. Employment data I gathered during my research trip in Ethiopia shows that more than 76pc of the workers on the wind farms were Ethiopians.

Using the December 2011 exchange rate of 17.3204 Birr to the dollar, unskilled workers earned between 600 Br (34.60 dollars) to 1,000 Br (57.73 dollars) per month. This was in addition to the food and shelter provided by Chinese enterprises. If we could factor in these other costs, the total salary figure goes up.

Although the majority of the workers on the two wind farms were Ethiopians, I found that the top management and related technical positions were dominated by the Chinese. This is because foreign firms, including the Chinese, tend to place their expatriates in senior management positions, citing the absence of local skills and capacity as a justification. In the Adama wind farms, the Ethiopian government officials who participated in this study agree that they have limited technical and management skills to occupy such positions. 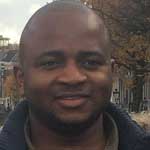 Citizens Have Right to Clean Air. What Ethiopia Ought to Do About It

The Prevalence of Moral, Legal Culpability in Ethiopia