The Case for Chinese Foreign Aid


November 13 , 2021
By Nancy Qian ( is a professor of managerial economics and decision sciences at Northwestern University’s Kellogg School of Management. )

Since 2000, China has spent 843 billion dollars on bilateral aid. That is around 39.5 billion dollars a year, similar to the amount provided by the United States, the world’s largest donor of foreign aid. Although the two countries’ definitions of foreign aid differ, no one disputes the fact that China – which in the past two decades has financed 13,427 bilateral aid projects in 165 countries – is the biggest new player in this domain. Moreover, recent research is challenging outside observers’ often negative view of the country’s overseas development schemes.

Critics accuse China of using aid to advance geopolitical goals, rather than to help the world’s poor, and they highlight the harm this assistance may cause in recipient countries. Such criticisms are levelled at all foreign aid. But at first glance, China’s variety looks particularly unpromising, even by aid sceptics’ standards.

For starters, the fact that more than 300 Chinese government institutions and state-owned enterprises financed the country’s 13,000-plus projects, with little involvement from private entities, supports suspicions that the Chinese state is using aid as a political tool. And, unlike other large donors, China does not condition its development aid on recipient countries’ institutions or politics. This further increases the concern that Chinese assistance will be misdirected and fail to fulfil foreign aid’s nominal purpose of promoting sustainable economic development in poor countries.

The mode of Chinese aid delivery also is unusual. China typically provides development finance in the form of loans, at either highly subsidized or market interest rates, for large infrastructure projects. The contracts generally stipulate that the recipient country must spend a large share of the money with a given Chinese firm, which provides all materials and labour needed to complete the project.

Not surprisingly, recipient countries worry about their growing debt to China. Meanwhile, critics contend, the benefits of Chinese aid are unclear. Importing Chinese workers to realise projects may limit capacity-building within recipient countries, and even put downward pressure on the wages of local workers.

But recent studies show that while there is some truth in these concerns, appearances can be deceiving. To be sure, political motives do underpin Chinese overseas aid, but they relate more to easing domestic problems than to achieving foreign domination. One recent study documents how the Chinese government’s desire to quell political unrest at home drives a large proportion of the country’s overseas aid. For example, when Chinese workers protest, the central government often allocates foreign-aid contracts to large state-owned firms in the area. These companies then hire additional employees and send labour and materials to recipient countries for several years to build roads, ports, or cell phone towers.

Politically, therefore, aid is a win-win for China. Aid money helps to reduce domestic unemployment, which presumably eases social tensions, and the recipient country is grateful for the financial assistance. US food aid operates on a similar principle: the US government buys up wheat in boom production years to provide a secure price floor for American farmers, and then sends the excess food to poor countries as bilateral aid.

But the most important revelation from recent economic studies is that Chinese aid increases GDP growth, household consumption, and employment in recipient countries. So, contrary to conventional wisdom, the benefits of Chinese foreign aid spill over to ordinary citizens.

In fact, as difficult as it may be for many to accept these findings, they are not surprising. Most economists, as well as officials at institutions such as the World Bank, agree that modern infrastructure is key to promoting economic growth in poor countries. Yet, the countries that are most in need of such infrastructure are frequently the ones with the most dysfunctional institutions, which is often the reason why these countries are poor and have been unable to build their own infrastructure in the first place.

In such cases, Chinese aid can provide a neat solution. Because Chinese firms bring in their own workers and materials and do not rely on local supply chains, they are largely insulated from local graft and corruption.

Moreover, the infrastructure that China builds can have wide-ranging benefits even if the recipient country’s government is uninterested in its citizens’ welfare. A new road connecting a mine to a port also provides access to transportation for the people who live along it, encouraging development there. Telecom towers built for government purposes can increase information flow and market access for farmers. Electric power lines along a road or railway can also provide lighting that allows local children to learn to read.

Chinese aid’s undoubted flaws will come into sharper focus as researchers devote more attention to the subject. But China’s political motivations are not necessarily bad. The fact that aid can sometimes benefit the poor despite selfish motivations is a promising fact for recipient countries. After all, no donor country commits such large amounts of assistance for entirely altruistic reasons.

Based on what researchers know, Chinese aid seems to be a rare example of development assistance that systematically benefits recipient countries in a meaningful way. Taking a closer look may prove useful to policymakers in other countries who are interested in improving the efficacy of foreign aid. 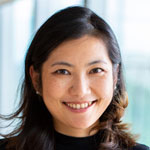 is a professor of managerial economics and decision sciences at Northwestern University’s Kellogg School of Management.

Burglars on the Prowl: The Case for Shut Doors

Cryptocurrency: There's Something There

The federal government is imposing a new tax, hoping to generate an additional 22 bil...

Agricultural authorities have backpedalled on a decision to raise the minimum price t...