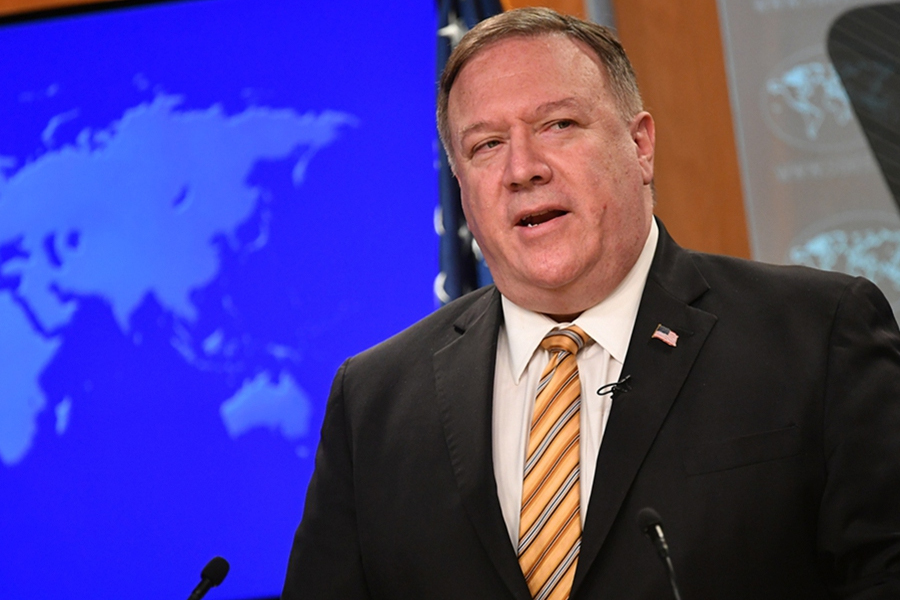 The statement was issued after Secretary of State Michael Pompeo spoke with Prime Minister Abiy Ahmed (PhD), who declared two days ago the completion of the military operations in Tigray Regional State, which began in early November.

The United States government has called for a "complete end" of a conflict in Ethiopia and the start of a "constructive dialogue to resolve the crisis." In a statement issued by the spokesperson of the State Department, the United States says it has a "grave concern regarding ongoing hostilities and the risk the conflict poses."

The statement was issued after Secretary of State Michael Pompeo spoke with Prime Minister Abiy Ahmed (PhD), who declared two days ago the completion of the military operations in Tigray Regional State, which began in early November. However, TPLF Chairman and President of Tigray Regional State, Debretsion Gebremichael (PhD), claims the conflict is still ongoing. His forces have withdrawn from the city of Meqelle and are based in rural parts of Tigray.

The recent statement from Secretary Pompeo signals a reversal of US position calling for dialogue. Articulated a couple of weeks ago by its senior diplomats in charge of African affairs, the United States did not view mediation as a goal, but rather a tactic.

"At this point, neither party, from everything we hear, is interested in mediation," said Tibor Nagy, assistant secretary of state for African Affairs, briefing the international media on the conflict two weeks ago. "At a point where mediation will become useful, that the two parties indicate an interest in mediation, you can bet the United States would be there in an instant."

The foreign service establishment in Washington, DC has been under pressure by a number of American legislators to work for a ceasefire, ensure access for a humanitarian response and the protection of civilians.

"The risk of the conflict in Ethiopia descending into civil war is a real, present, and immediate danger to regional stability," said Jim Risch, Chairman of the Senate's Committee on Foreign Relations, in a statement he issued on November 12.

His call for direct engagement with the parties in conflict was echoed by 15 Senators who co-signed a letter to Secretary Pompeo.

In his statement today, Pompeo emphasized his country's willingness to partner with the African Union and other international actors to "assist in dialogue and reconciliation."

US Agency Elects Ethiopia for Grants

Ethiopia Can Stem the Tobacco Scourge

Ten Lessons Ethiopia Can Take from the 2010s

Prices of Secondhand Cars Race Ahead
News Analysis
RULE OF LAW: WHERE A STATE CAN NEVER FAIL (LESSON X)
News Analysis
TAXES: A SMALL PIE CAN ONLY GIVE SO MUCH (LESSON IX)
Fortune News
"THE AIR IS DEAD"
Fortune News
Fed Gov't to Fully Administer Concurrent Taxes

Sino-Africa economic and development relations have a long history. In modern times,...

The Many Tentacles of Regional Planning

The Council of Ministers has recently green-lighted Ethiopia’s 10-Year Perspective...

Economic Planning Needs to Learn the Cost of Indiscipline

It is refreshing to see a publicised high-level government meeting become somewhat co...

There is no shortage of ironies in Ethiopia’s history. One of the cruellest, perhap...

The COVID-19 pandemic, having seen over 126,000 cases reported across Ethiopia and leading to the deaths of around 2,000 people, had a silve...

Five years ago, I met James and his family in Paris, near the Eiffel Tower. We were both taking pictures...

The Dangers of Nocturnal Taxi Service

Recently, a friend left his job, bought a car and registered to work for a taxi-hailing service provider...

In Superstitious Universe, Keep to Oneself

Sometimes we are confident that things will work out for us. If we close our eyes, we can vividly see...