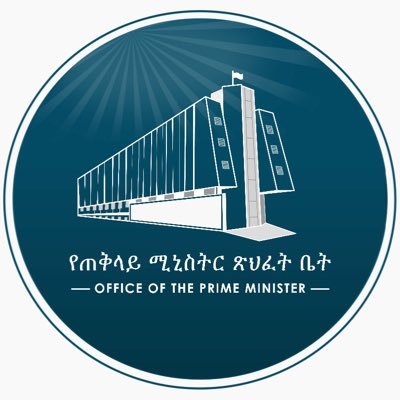 Authorities of the federal government have denied the risk of famine in Tigray Regional State, despite pressure from Western governments and international humanitarian organisations warning of the prospect of deaths in the thousands.

In a press briefing held at the Office of the Prime Minister today, Mitiku Kassa, head of the National Disaster Risk Management Commission, iterated that the humanitarian situation in Tigray does not pose a risk of famine. He maintains that there are no food shortages due to an adequate amount of aid being provided.

No less than 20pc of households in a specific area should face food shortages with the inability to cope, and there should be acute malnutrition rates among children above 30pc, while the deaths of two out of 1,000 people daily due to hunger are other indicators necessary to declare there is famine, according to Mitiku.

The world sees what is unfolding in Tigray differently.

Famine is imminent in Tigray, according to the United Nations humanitarian chief, Mark Lowcock. He warned that there is a risk that hundreds of thousands of people or more could die if the humanitarian emergency is not delivered in time for a population caught up in the conflict between warring parties in the regional state, since November last year.

His fears were amplified this week by UN Secretary-General Anthony Guterres and David Beasley, head of the World Food Programme (WFP), a close friend of Prime Minister Abiy Ahmed (PhD). He first negotiated humanitarian access to the region after the outbreak of the war.

"People are dying of hunger in Tigray," Beasley tweeted yesterday.

This has not happened in Tigray, according to Mitiku.

InterAction, a US-based aid agency, says the "scale of hunger is worse because many parts of the region remain difficult, if not impossible, for humanitarian agencies to access.”

More than 90pc of the population in Tigray requires emergency food assistance. Aid agencies, including the WFP, handle more than 90pc of the food distribution works, while the government’s role is confined to creating a conducive environment for them. However, it handles the supply of food items in 14 woredas in Western Tigray. About 4.5 million people have received aid in Tigray so far, according to the government.

"Time is running out," warns the WFP chief. "We need unfettered humanitarian access to scale up and avert a catastrophe. ALL parties must make good on this commitment NOW."

From the Simple to the Sophisticated, the Art of Ethiopian Food

Ethiopian, Abay Join up for E-Payments

The Failures of the Ethiopian Professional Class

The debate around corporate social responsibility (CSR) remains rife even today. But...

In Ethiopia, women's main responsibilities are considered to be taking care of the fa...

The wait for Ethiopia’s sixth national elections, since it became a federal republi...

Electoral Best of Bad Situation. Time Is the Essence

In retrospect, it is nothing less than astounding that the 2015 national elections we...

Those entrusted with public office may love throwing events; but, no one is doing it...

'To Have and To Hold,' Easier Said than Done

All people around the earth, regardless of gender, religion, race, culture, or outloo...

For the past few months, I have been using Adore Addis in the Bole Atlas area as a co...

Why that Shot, Doc?

Too many of us do not have a culture of inquiry. It could be the way we were raised – obedient and a bit subservient – or a tradition of...

When I decided to have lunch with an old friend in a relatively modest restaurant, I had no idea that the topic of tipping would come up. Th...