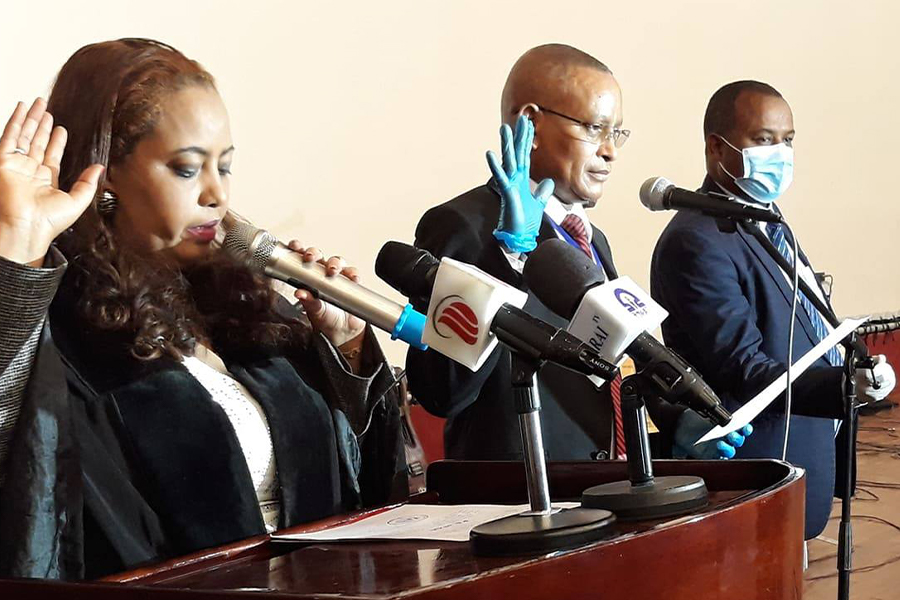 During the state council meeting held today, he was elected as the president of the regional state unanimously by the 172 members who have attended the session.

Debretsion Gebremichael (PhD) was sworn-in today as the Tigray Regional State's president, unanimously by the newly constituted northern regional council that is increasingly at odds with the federal government. He has been serving as a vice president of the Regional State for not having a legislative position in it, until he secured a seat in the regional council during the recent regional elections that were dismissed by federal authorities as “null and void”.

Chairperson of the ruling Tigray People's Liberation Front (TPLF), Debretsion was appointed as the vice president in January 2018, four months ahead of when Abiy Ahmed (PhD) was elected as Prime Minister. During the latest elections held earlier this month, Debretsion ran in a constituency in the town of Adwa, a few kilometers from the border with Eritrea.

His time in office over the past two and half years was fraught in his party’s relationship with political forces at the federal level. Although TPLF’s senior officials have been on the record threatening to deny the legitimacy of the federal government and other regional states as “unconstitutional and illegitimate” after their terms in office come to an end in the first week of October 2020, the view from the centre remains unmoved. The House of Federation passed motions in July granting extensions of terms to both the federal government and regional states up until national elections are held.

Birhanu Jula (Gen.), deputy chief of staff of the Ethiopian army, told the state media today that the army recognizes the resolution from the House of Federation as legitimate. He also issued a stern warning to use force against political forces who may have the idea that the federal government is unconstitutional after October, thus calling for an interim government.

This is a saga developed over the backdrop of Debretsion overseeing the collapse of the ruling coalition, the EPRDF, whose formation of the TPLF had played a leading role. The TPLF has subsequently declined to join the Prosperity Party under Prime Minister Abiy, a marked departure in position from when the remaining three parties in the coalition had agreed to merge. 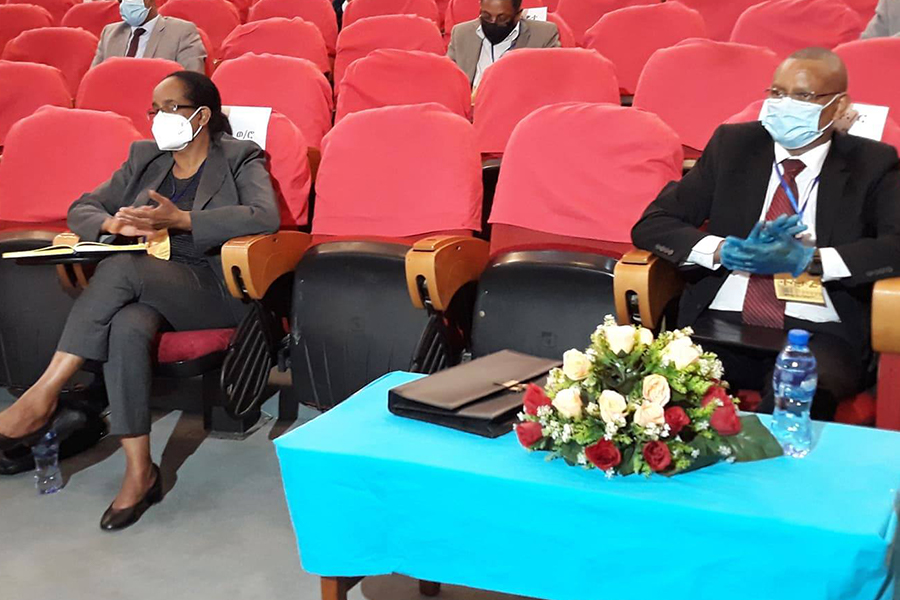 During the latest election that was held earlier this month, Debretsion was elected as a member of the regional parliament in Adwa. | 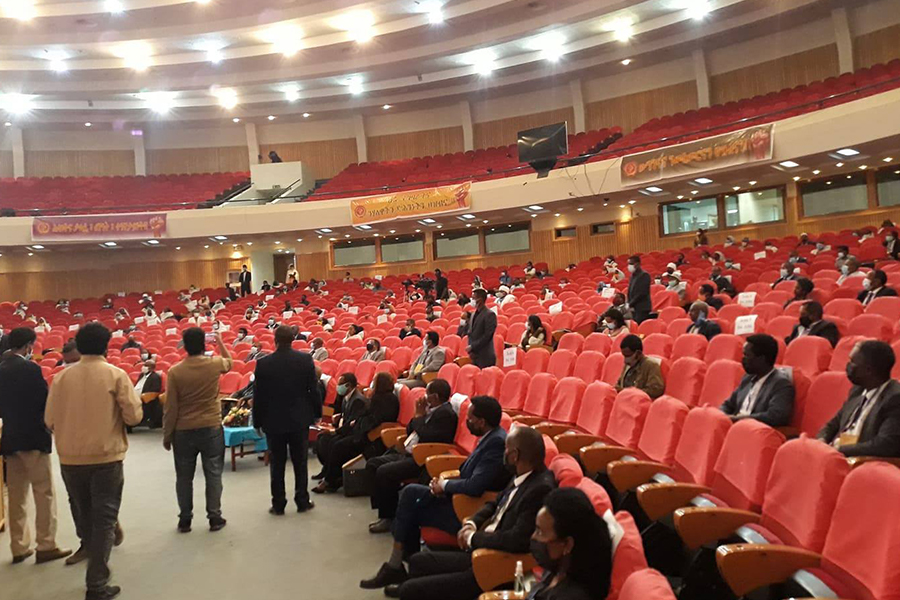 Earlier this morning, the state council has also legislated a bill that paves a way for political parties, which had participated in the regional elections but did not manage to win a seat, to have a non-voting seat in the regional Council. |

Rough roads are ahead for Debretsion’s time in office, after the House of Federation rejected the process and outcome of the elections that has constituted the regional council which has met today. Close to 170 of the 190 councilors have voted in Ruphael Shifare as speaker of the state council and Zenaibe Abdulatif as a deputy speaker.

Not one opposition party of the four that had challenged the TPLF in the recent elections gained a seat in the regional council, despite a changed rule in the electoral law which incorporated proportional representation. However, the state’s council has legislated today a bill that paves a way for the opposition parties to have a non-voting presence in the regional Council. The opposition is offered the opportunity to propose agendas and bills; present motions; and make policy suggestions, as well as nominate appointees. The bill was legislated with one opposition and four abstain votes.

The National Congress of Tigray (Baytona) has received seven non-voting seats and one voting seat in the council, while Tigray Independence Party, Salsay Woyane Tigray and Assimba Democratic Party have gained five, two and one seats, respectively.

The bill faced a strong backlash from the members of the Council who raised concerns over the legality of the bill and the discussion process that did not sufficiently involve opposition parties. Amanuel Assefa, head of the region's Bureau of Justice, and Debretsion defended the bill, arguing in favour of engaging the opposition in the regional council’s proceedings hoping “to ensure accountability and transparency of the regional government.” The newly legislated law also sees the formation of a new office of political parties under the state council.

While Tigray Independence and Assimba Democratic parties submitted suggestions on the bill, Baytona has declined to respond after its leaders claimed that they had a short period of time. Salsay Woyane, on the other hand, disagreed with the proposed legislation since its leaders believe the offer would not “bring about the desired outcome for a vibrant democratic process.“

Challenging Year Ahead Not Insurmountable