Just before the COVID-19 pandemic arrived, Africa’s fight against malaria was stalling. Regaining momentum in the malaria fight will require new tools, such as RTS,S, the first malaria vaccine shown to reduce malaria and life-threatening severe malaria in young children, writes Kesete Admasu (MD), CEO of Big Win Philanthropy, former CEO of the RBM Partnership to End Malaria, and former minister of Health of Ethiopia.

In the midst of the tragedy and turmoil caused by the COVID-19 pandemic, it is gratifying to see work continuing in Africa to find new ways of fighting malaria, a very old disease that has been a formidable foe for thousands of years and still kills 400,000 people every year, most of them African children under five years old.

Scientists from the London School of Hygiene & Tropical Medicine and their colleagues at the Institut de Recherche en Sciences de la Santé in Burkina Faso and the University of Bamako in Mali published results from a phase 3 trial that involved the world’s first and only malaria vaccine.

The new evidence from Mali and Burkina Faso shows that RTS,S – which is also being introduced in Ghana, Kenya and Malawi in a landmark pilot introduction – could be an even more valuable tool than originally expected. And those of us involved in the fight against malaria are certainly eager for good news.

Working in areas where malaria surges during the rainy season, the researchers report a dramatic reduction in malaria illness and deaths among young children who received the RTS,S vaccine just before the rains began. They found the vaccine worked as well as the standard prevention practice in these regions, known as seasonal malaria chemoprevention (SMC), which involves administering treatment doses of common antimalarial drugs monthly during the rainy season, usually through a door-to-door campaign.

This is an important finding. SMC is a resource-heavy intervention, and in some settings an annual pre-season single dose of a vaccine could be an attractive alternative.

However, the most striking results occurred in the group of some 1,700 children who received both interventions – the medications and the vaccine. They experienced a 60pc - 70pc additional reduction in severe disease and hospitalisations compared to the already impressive stand-alone interventions – the prevention drugs or the RTS,S vaccine – and also more than a 70pc reduction in deaths from malaria. Equally important: the combination was found to be safe and well-tolerated.

I was one of a group of African Ministers of Health in June 2016 who served on the Board of Gavi, the Vaccine Alliance, and passionately supported the funding for a RTS,S pilot to learn more about its public health potential. These new results are heartening.

RTS,S is the first malaria vaccine shown to reduce malaria and life-threatening severe malaria in young children. Approximately 2.1 million doses of the vaccine have been provided and more than 750,000 children have received their first vaccine dose through the pilot programme where malaria risks occur year-round. Results from the pilot programme indicate strong community demand for the malaria vaccine as well as the capacity of childhood vaccination to deliver it. This new study in Burkina Faso and Mali provides additional evidence of RTS,S safety and effectiveness.

Just before the COVID-19 pandemic arrived, Africa’s fight against malaria was stalling at what the World Health Organisation (WHO) called an “unacceptably high level” of deaths. Regaining momentum in the malaria fight will require new tools, especially with existing preventive interventions threatened by emerging insecticide resistance.

New tools to fight malaria are especially needed in countries like Mali and Burkina Faso, located in a region known as the African Sahel — a semi-arid ribbon of land that spans the continent from Senegal to Sudan. There, the danger of malaria flares dramatically with the arrival of the rainy season. Today, six of the 10 African countries singled out by the WHO as requiring “high impact” malaria interventions are in the Sahel, where malaria remains a primary cause of childhood death despite substantial reductions in malaria achieved through a combination of SMC and insecticide treated nets (ITNs).

Through the development of the RTS,S vaccine over the last three decades, scientists have discovered that the protective efficacy of RTS,S is particularly high in the first months following vaccination. This feature prompted researchers to study whether RTS,S could be provided strategically, just before the peak malaria season, to fight seasonal malaria transmission.

Giving the RTS,S malaria vaccine seasonally was found to be safe and effective — and combining SMC with the vaccine was especially powerful — and could expand the options available for fighting malaria.

In October, global advisory bodies for immunisation and malaria will convene to review available RTS,S evidence and consider a potential WHO recommendation for wider use of the vaccine across Africa. If WHO recommends the vaccine for wider use, African governments should be prepared to seize on the life-saving opportunity. They must be ready to make smart and strategic decisions to deploy this vaccine while continuing to promote the use of other proven malaria interventions to maximise impact.

We have seen in COVID-19 what the global health community can accomplish when it comes together to fight a killer disease. It would be a welcome turn of events to see Africa emerge from the pandemic with a new tool to take on the old foe of malaria with renewed vigour to get progress in malaria control back on track. 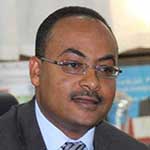