Jan 21 , 2023
By Abraham Tekle ( (abrhamtekele47@gmail.com) is a graduate of Journalism and Communications from AAU and Fortune’s Deputy Editor-in-Chief whose interests are the value of society and accurate information. )

The cost of living in the capital has been on the rise. It is mainly artificial and has an economic rationale. Of course, the economic headache directly translates to the rapidly increasing fuel price as the pandemic effect is equally responsible for its massive downturn coupled with the two-year civil war. The rebound effect has caused great hardship to the city's residents.

Residents claim that the cost of living has become more than they can bear. The situation is getting more challenging by the day. Federal authorities directed the pandemic, the cost of raw materials, and the local and international conflicts as the cause for the discrepancy. Evidently, the war in Ukraine has become a significant excuse for the price of fuel to increase globally, as Russia supplies about 10pc of the world's oil production.

The recent fuel price revision made it difficult for many to survive. Fees on public transport and taxi fare are expected to increase, but transportation regulatory agencies have yet to announce the changes.

Yet, things might not continue as they are. Remember how fuel prices escalated political calls for change which have since been seared deep in the past. During the imperial reign, history has recorded that the taxi drivers' revolt had ignited the smoldering rebellion following the cost of a fuel price increase.

The price increment directly affects all—the more the increases, the higher the cost of transportation and commodities. Many claim traders are the only people unaffected by price hikes, passing it on to consumers. On the other hand, the rising commodity prices have put a lot of pressure on residents of the capital.

Ethiopia's annual inflation rate accelerated to 35.1pc in November of 2022, from 31.7pc a month before. It was the highest reading since May, translating to severe shortages and rising prices of essential commodities, especially food items. The acceptable inflation rate is below two percent.

Most people are leading a life that is hand-to-mouth. Public servants with monthly salaries are also affected by this predicament.

The World Bank has recently announced that East African countries are in an operational cost plight that has not been seen in decades. The war in Ukraine and the pressure of the coronavirus epidemic have caused some countries to experience severe economic recession. Governments face a crisis due to increased food and fuel prices. The Head of the World Bank, David Malpas, told BBC that it is difficult to see the other side of the crisis noting that some developing countries' governments reached the level where they could not buy goods and were deeply drowning in debt.

Inflation has significant effects on low-income households more vulnerable to these price shifts. They spend a higher proportion of their total consumption expenditure on essentials and tend to save less.

Improving citizens' living conditions by paying a sufficient salary is the responsibility of the government. According to an empirical survey conducted in 2022, Ethiopia emerged as one of the least-paying countries worldwide. The survey revealed that wages in each country vary significantly among different professions. Kenya, the neighbouring country, pays seven times better than Ethiopia as Ghana has increased salaries for civil servants by 30pc.

Fuel prices are likely to increase in the future. Even though the rising costs in international markets have affected governments' pockets, painfully, the high gas prices are becoming a threat to survival. 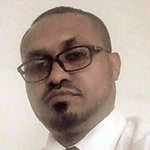 The Cost of the Breakdown of Rule of Law