Nov 29 , 2020
By Alen Tesfaye Brussa (  is studying for a master's degree in management at the University of Winnipeg. He can be reached at alenbrussa@gmail.com. )

It has been a few weeks now since the forces of the federal and Tigray Regional governments began their military engagement. As is mostly the case, armed conflict can be fought in different fields using guns and tanks, but there is the propaganda front as well.

In this day and age, where globalisation is central, and information can be accessed and found easily, there are different avenues to gain supporters. Even though the federal government was able to use the local media and provide its perspective about what it refers to as a law enforcement operation, when it comes to the international media, the government has been lacking in the messaging of its actions. Whether the conflict was justifiable or not could be argued, but the failure in public relations on the international stage is emblematic of what has long been a problem.

Perhaps a more persuasive example of this failure to engage the international community and win the narrative is the whole issue over the Grand Ethiopian Renaissance Dam (GERD). Despite the fact that it is a Dam built entirely within the country’s borders and plans to generate electricity using its own water resources, it has been a showcase of the inability to message properly when Egypt succeeded in gaining sympathy from the international community.

The conflict occurring in the Tigray Regional State is also one that requires the utmost responsibility in messaging. It is compounded all the more by social media, which has intensified disinformation, as the BBCreported early this month in an article headlined “Ethiopia's Tigray conflict sparks spread of misinformation.”

The Washington Post,in an article headlined “Ethiopia’s cracking down in Tigray. But activists are spreading the news,” has a more damning account of the possibility of wide-scale misinformation.

This shows us how the information void in the Tigray region, except by state media, is being filled. What the federal government should do is provide accurate and correct information using all the media opportunities it gets. The most significant of these is likely to be international media.

Since the start of the conflict, understandably, there is increased attention on Ethiopia by different media houses worldwide. Mainstream media institutions from CNNand BBCto Al Jazeerahave weighed in. But in their coverage there was a substantial information gap, and in some instances they were decisively one-sided.

In these news coverage and discussions, we rarely see federal government officials clearing up the government’s positions and making the point for what they justify as a law enforcement operation. The office that should take point on this matter is supposed to be the Foreign Affairs Ministry and by delegation the Ethiopian ambassadors for different countries. Save for some ambassadors such as Henok Teferra, who was featured on France 24and tried to explain the federal government’s position, most of the country’s foreign diplomats are not seizing the opportunity.

One may argue that an ambassador's responsibility is to create and maintain a diplomatic relationship with the country they represent and their host country. This is true, but they also have a duty to inform the international community with facts on the ground and clarify the government's position to the public using the media as a tool. While the inclusion of activists and outside observers should be encouraged, there could only be a well-rounded picture of the happenings in the country when government voices are represented.

The irony is that this harkens back to the appointment process and culture of diplomats and ambassadors. Ambassadors' responsibilities are numerous, complex and sometimes critical. As with any top management position, they cannot be effectively carried out by anyone. In addition to leadership skills, an ambassador should have excellent communication, public speaking, interpersonal and problem-solving skills.

Contrary to this, the appointment of diplomats in Ethiopia is not merit-based. When one needs to hit the ground running then, there seems to have been a vacuum in the representation of one side of the argument in international media outlets.

Making a political appointment to an ambassador's position is by no means a problem that exists only in Ethiopia. But for a country with a multiplicity of problems that desperately wants to develop, it needs to work with other countries. We need to gain foreign investment to realise the development of our foreign direct investment (FDI), and we are still not self-sufficient when it comes to feeding our people, which means that we have to rely on aid. To all of these, Ethiopia’s diplomats play a critical role. That is why the government has to think twice about how we appoint ambassadors and why we have to focus on career professionals rather than political appointees.

Career ambassadors know the business, have been tested and proven, and are deserving of increased responsibility. There may be several commendable abilities of politicians, but that of an ambassador is specialised work, whether in managing the embassy or doing outreach in the host country. 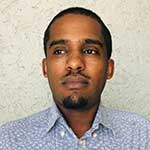 Gov't Needs to Act Before Employees Get Short End of Stick