The announcement by the National Bank of Ethiopia to open the financial sector to foreign competition will mean a loss to the nation’s aspiration of structural economic transformation, argues Zinabu Samaro (PhD) (zinabu.samaro@gmail.com), a development economist with particular interest in late development, industrialisation and regional economic integration.

Ever since the Ethiopian Peoples’ Revolutionary Democratic Party (EPRDF) came to power in 1991, it has been under pressure from international financial institutions and governments of donor countries to liberalise the financial sector.

Until the ascension to office of the party coalition’s third chairperson, Prime Minister Abiy Ahmed (PhD), the government had resisted the pressure. This was because the government believed the domestic banking sector was still in its infancy to effectively compete with multinational banks and the lack of capacity of the government to effectively regulate and supervise foreign banks.

However, late last month Yinager Dessie (PhD), governor of the National Bank of Ethiopia (NBE), told parliament that there are plans underway to open the financial sector to the global market. It is doubtful that the recent change of heart to open up the financial sector has anything to do with the maturity of local banks and improvements in the capacity of the National Bank.

But even if the two purported challenges have been adequately addressed, it is not in the interest of long-term economic development and transformation of the country’s economy to liberalise the banking sector at this point in time.

Economic activities vary a great deal in terms of their potential to generate long-term prosperity and wealth. Therefore, where money and credit go matters a great deal for prospects of economic development, as well as the stability of the macroeconomy.

For instance, from a macroeconomic and development perspective, a financial sector that extends credit for investment activities that help change the productive structure and capacity of an economy is much better than one that extends credit and finance towards speculative, non-value-creating activities.

Consequently, if appropriately managed, the financial sector has the potential to facilitate and fuel capital development of the economy, thereby extricating the population from poverty and ushering in higher living standards. It is the sector that largely determines who does what with real resources by way of dictating how economic surplus and savings are generated, managed and allocated to different economic activities. Thus, the most important aspect of the financial sector in a capitalist economy is the fact that finance serves as the scaffolding and the resource circulation system of the economy.

Historically, due to its role as the scaffolding and resource circulation system in an economy, the financial sector has been highly regulated across the world. As the result of its strategic importance, governments around the globe are also always reluctant to liberalise it, particularly with respect to foreign competition.

Therefore, the focus of debate about liberalisation of the banking sector in Ethiopia to foreign competition should be reframed around the strategic role of the sector in the rest of the economy, its stability and its role in prospects for structural transformation rather than on the survival and performance of the domestic banks as individual for-profit enterprises.

The main argument put forward to advocate for banking sector liberalisation in developing counties is improved efficiency. The logic is that the presence of foreign banks may stimulate domestic banks to reduce costs and increase the efficiency of existing financial services through competition.

In the presence of foreign banks, domestic banks will also be pressured to improve the quality of their services to retain their market shares. Foreign banks claim to bring capital, better technical skills and products into the financial sector of developing economies.

Meanwhile, economic development has always meant a long-term process of changing the productive structure of an economy away from specialisation in "nature-intensive," low-skill, low-knowledge, low-technology economic activities toward more productive ones. This is traditionally known as industrialisation.

Therefore, from the perspective of long-term economic development, the focus of financial sector policies in developing countries cannot be on maximising the efficiency of the financial sector per se. The main attention should be facilitation and fueling of industrialisation and structural transformation under stable macroeconomic conditions.

A common feature of all successful cases of industrialisation is that they made sure that finance served structural transformation.This has often necessitated a considerable amount of intervention and control over financial activities. In fact, no country that trusted lightly regulated financial markets to make its saving and investment decisions has ever had a successful development experience.

In all cases, the finance sector was protected from foreign competition to achieve the goals of industrialisation. Moreover, there is not a single case where a country has successfully achieved structural transformation, while foreign banks and financial institutions dominated its banking sector.

Even liberalisation of the financial sector to foreign competition after achieving middle-income status has had disastrous consequences on economies such as South Korea, Argentina and Mexico.

For instance, opening up the banking sector in South Korea in the early 1990s led to a shift from corporate to consumer lending, constrained capital accumulation and helped create an excessively indebted household sector, while making it harder for the government to adopt progressive economic policies - finally leading to the economic crisis in 1997.

Some of the reasons for this development include foreign banks’ operating strategies in developing economies. These banks are likely to concentrate on three major market segments. First, they tend to focus on serving wealthy elites - a strategy called “upscale retail” banking. Second, they tend to focus on the residential mortgage and household loan markets. Third, they are likely to specialize in fee-generating services for large corporations, especially those that are foreign-owned, and trading on their own account.

"After the outbreak of the Asian financial crisis, foreign banks refused to renew short-term loans, demanding payment," reports research by James Crotty and Kang-Kook Lee. "Illiquid Korean banks and highly leveraged firms were unable to comply. With key banks and non-financial corporations on the verge of default, the Korean government accepted an IMF loan to help repay their foreign debt. In return, the IMF took effective control of the Korean economy."

There is also an added dimension to foreign banks’ tendency to create and amplify economic crises in developing economies.

“No country should let its banking system be taken over by foreign banks - even though in developing countries Western banks are likely to be more ‘efficient’ than domestic ones - for at times of crisis banks rely heavily on their home state and are likely to sacrifice operations in developing countries in order to protect their home base,” said Jomo K. Sundaram, former assistant secretary-general for economic development at the United Nations.

Moreover, the loans they provide tend to be primarily short-term, and therefore, foreign banks can - and do - pull money out of developing countries at any sign of a downturn.

In addition to their negative role in transmitting and amplifying economic instability and crisis, foreign firms’ takeover of a developing country’s banking market is followed by poor investment funding, with small and medium businesses hit hardest. A good example here is Mexico, where liberalisation of the banking sector to foreign competition resulted in a situation where foreign banks starved Mexican companies of needed credit.

The banks were making gigantic profits but not through the provision of credit to companies. They were charging expensive commissions for services such as credit card use and by filling loan portfolios with government bonds.

Foreign banks tend to redirect loans and credit away from producers to consumers, which limits the prospects for structural transformation and expansion of the productive capacity of an economy. They are also more insulated from the influence and pressure of national governments in the sense of aligning their policies and lending with the development goals, objectives and industrial policies of developing country's governments.

Dominance of a country’s banking sector by foreign financial institutions substantially reduces a country’s ability to use finance for industrial development and structural transformation. This is on top of the pressure they would put on the hard currency reserves of the host countries when they repatriate their substantial profits - which are generally earned in local currency but are repatriated in hard currencies.

The promise of increased efficiency and improved service quality in the banking sector cannot be sufficient incentives to open up the banking sector to foreign competition. Liberalisation of the financial sector would effectively mean the government giving up one of the most important policy tools for long-term economic development. It would no longer be able to manage and use the financial sector to create, shape, cajole, direct and govern market forces toward structural transformation and industrialisation of the economy. 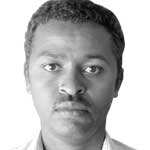 The Financial Sector, and All It Can Offer Ethiopia

Stock Market, Digitisation: Drivers of Insurance Sector Out of Traditionalism

The Misconception of the 'Sectarianism' of Interest-free Finance

Two years ago, the National Bank of Ethiopia (NBE) allowed the operation of full-fled...

The intention of any business is to make a profit. But loss and failure may happen in...

Plus ça Change, Plus C'est la Même Chose. Or Do They?

Nothing can better describe Ethiopia's state of affairs today than the French idiom:...

There were no surprises when the National Bank of Ethiopia (NBE) decided two weeks ag...

Spiritual Leaders Can Be Exception. If They Will It

There is not a facet of life in Ethiopia today that is not convulsed by the moral cri...

How Heroes Make it Through Intense Hardship

Among the people I was privileged enough to work with is Dereje Wordofa (PhD), a grea...

I was at a supermarket on Thursday morning when I had to stand in a line to pay for...

The Art of Labelling Emotions Correctly

I was recently introduced to a lady with mild symptoms of bipolar disorder, a mental...

Teachers of the New Age

Teachers, even though underrated, play an important and undeniable role in shaping generations. Some join the profession out of convenience...

As the fasting season came to an end over the past week, followers of the Christian faith prepared to celebrate Easter and surreptitiously a...

Telecom developers opted out of the race for the two operational licenses in Ethiopia as the government r...

The Federal High Court fifth division corruption bench has granted bail for the amount of 80,000 Br to Mu...

The fastest-growing mobile money provider in the Somali Region, Rays Microfinance, the creator of Sahay,...