Ethiopia's geopolitical significance, the potential risk to international trade, stability and security, as well as its government’s demonstrated commitment to reforming the economy are some of the many reasons that make it a reasonable choice as a pilot for the African Marshall Plan he proposes, writes Yonas Biru (PhD), (biruyonas@yahoo.com), the former deputy global manager of the International Comparison Programme at the World Bank.

This is a follow up to the “Marshall Plan for Africa Now or Doom by 2050” column that appeared in last week’s issue of this newspaper. The case for the proposed Marshall Plan was made based on Africa’s unsustainable population explosion. In the face of the continent’s stagnant economy, the population growth trend poses a grave risk to the world at large in terms of massive global migration, a significant threat to global stability and security and the spread of pandemic diseases, just to name a few.

What makes Africa’s population explosion even more potent is the age structure. When other regions are grappling with an aging population, Africa’s problem is of an increasingly young generation.

In Africa, the young demography (ages 0-14 as a percentage of total population) is 43pc, compared to 15pc in Europe and 21pc in Asia. Today’s young demography of ages 0-14 is tomorrow’s youth of ages 15-24, constituting the ranks of the bulging youth unemployment and the swelling migration crises.

Evidently, Africa’s problem is of a global nature. Even such regions as North America with far proximity from the epicentre of the problem should not lull themselves into a false sense of security and the resultant inaction. A quick glance at current newspapers with such titles as “Tough Year for Measles and other Infectious Diseases in the US” or “Why Record Numbers of African Migrants Are Showing Up at the US-Mexican Border” should be a harbinger for a much-needed global conversation and action.

Ethiopia is both an emblem of Africa’s population explosion crisis and a trigger whose internal crisis can make the theatre of geopolitical conflict surrounding the Red Sea far more combustible than it has been in the past. This is a major threat to the world economy, because the Red Sea is a vital shipping line linking Europe with Asia and the strategic maritime region for US energy security.

Ethiopia is the anchor country for the Horn of Africa region. As such, an unmanageable crisis in Ethiopia can destabilize one of the world’s most strategic geopolitical bottlenecks and hotspots, disrupt the world economy, and heighten the Horn of Africa's susceptibility as a breeding ground for international terrorism.

Why would Ethiopia, a country that the World Bank touts for registering “broad-based growth averaging 9.9pc a year from 2007 to 2018” be a source of concern to the international community?

The nation’s economic and population explosion challenges have become so organically intertwined that the exacerbation or resolution of one has a significant bearing on the other. The concern for the international community is that even the impressive and sustained 9.9pc annual GDP growth is not enough to mitigate the growing youth unemployment, let alone to resolve it.

The economic problems are highlighted in numerous studies. My focus is on the seemingly intractable problem of population explosion. Research abounds that there is a direct correlation between youth unemployment and the political instability of a nation.

The unemployment problem particularly affects those with high school and college diplomas. A 2012 case study in Egypt that was conducted by the International Labor Organization showed that those with a college degree have the highest unemployment rate of 34pc, compared to 20pc among high school graduates and 4.5pc in the primary school education bracket. It is reasonable to assume that Ethiopia’s realities will not be much different.

Further exacerbating the youth unemployment problem is that high-school and college graduates tend to reside in large cities and are politically active and restive. Their proximity in large cities and their frustration with the state of the economy and lack of hope in the future make them a formidable interest group with a strong interest to disrupt the status quo. In the Ethiopian case, the lingo-cultural political structure has led such interest groups to aggregate around their ethnic group, making the economic conflict not only against the government but also against each other.

IMF’s 2.9-billion-dollar loan represents seven times what is warranted by Ethiopia’s quota under its Special Drawing Rights. The question that demands reckoning is: Is the generous aid package sufficient to help support a reform agenda that will accelerate the reduction of growing youth unemployment and mitigate the potential destabilizing risk to the greater horn of Africa?

The answer is a resounding “No”. The highways of Africa’s economic history are riddled with failed economic reforms that lacked depth and breadth of the same order of magnitude as the problems they intended to address. If left unbolstered to build a critical mass of reforms, the current Ethiopian reforms that are supported by the generous international aid will fizzle out before triggering a transformative change. Hence, the call for a Marshall plan.

There are many reasons that make Ethiopia a pilot for the proposed Marshall Plan, not least its government’s demonstrated commitment to reforming the economy, its geopolitical significance, and the potential risk to international trade, stability and security.

Where is the money to come to finance the Marshal plan?

Over the last 30 years, more resources have left Africa illicitly than Africa has received from the rest of the world in development aid. Blocking this leakage will avail significant national funds to help finance the master plan. This requires international cooperation, particularly from Western governments, where the illicit resources are transmitted.

Another source is the Ethiopian diaspora. Ethiopia has a large diaspora in the US and Europe with significant purchasing power. But there is a challenge. In the US, mobilising diaspora mutual funds, purchasing diaspora bonds or setting up diaspora venture capital have stringent rules and regulations.

Though there are exemptions, an overwhelming majority of Ethiopian diaspora do not meet the steep income and wealth criteria to benefit from it. Providing exemptions to the African diaspora for a period of 10 to 15 years can help generate a large sum of money to support the new Marshall Plan for Africa.

Developed nations have a vested interest in partially financing the proposed Marshall Plan. Their motives are not only an altruistic handout to Africa, but also self-preservation to protect their economic and security interests and to fend off a looming global time bomb ticking in slow motion.

Ultimately, the problem is Africa’s. African governments must make the case for a Marshall Plan and do their part to build the confidence of their development partners. Prime Minister Abiy Ahmed (PhD) has the international social capital that his Nobel Prize accords him to lead this effort with help from his African counterparts. 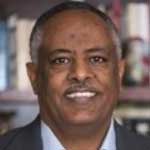 With Eight Years Left, Bold Actions Required for Africa to Feed Itself

East Africa CEOs Not as Alarmed as Global Peers about Recession

Remittance, A Gold Mine Ethiopia Ignores