Corruption's War on the Law

When one tries to fight corruption, corruption fights back. Maltese investigative journalist Daphne Caruana Galizia could tell that – if she had not been murdered by associates of those she was investigating. Rwandan anti-corruption lawyer Gustave Makonene, who was strangled and thrown from a car, also cannot talk. Nor can Brazilian activist Marcelo Miguel D’Elia, who was shot multiple times in a sugarcane field near his home.

Police officers, prosecutors, and public officials have also faced severe consequences for trying to take on corruption. One such official is Ibrahim Magu, who became acting chairman of Nigeria’s main anti-corruption agency, the Economic & Financial Crimes Commission (EFCC), in 2015. In 2017, gunmen attacked Magu’s home, killing one of the policemen guarding it. But bullets were not what ultimately neutralised Magu. Instead, his removal from office was engineered through “lawfare” – the use (or abuse) of the law for political ends.

Last year – at a time when the EFCC was reportedly probing corruption allegations against Attorney-General Abubakar Malami – Magu was arrested and detained over allegations of corruption and insubordination, levelled by none other than Malami. Although the same allegations had been investigated and dismissed three years earlier, Magu was suspended from office, pending the outcome of a Panel of Inquiry set up by President Muhammadu Buhari.

Magu was given few options to defend himself. For several weeks, he was prevented from accessing the evidence against him, and he was repeatedly denied permission to address the Inquiry or cross-examine witnesses.

Moreover, the Inquiry’s mandate, terms of reference, and timeline to which it was expected to adhere were never disclosed. This left Magu – who has overseen the successful prosecution of numerous senior politicians on corruption charges and the seizure of millions of dollars’ worth of illicitly obtained assets – not only unable to continue doing his job, but also exposed to an open-ended process of intimidation.

Olanrewaju Suraju, one of Nigeria’s most prominent anti-corruption activists, is currently facing a similar pattern of lawfare attacks. Earlier this year, a former Nigerian attorney-general, Mohammed Adoke, accused Suraju of forging evidence in a corruption trial in Milan, Italy, involving the oil multinationals Shell and Eni. The charges against the companies – which were ultimately acquitted – related to their acquisition of an offshore Nigerian oil block known as OPL 245.

Following Adoke’s accusations, Suraju was detained for questioning by a police unit mandated to investigate police misconduct – and supervised directly by the head of Nigeria’s police force. He provided evidence that the documents in question had been obtained by the Italian authorities through a request to the United Kingdom for mutual legal assistance. (The documents had been disclosed in a London High Court case Nigeria had brought against JP Morgan Chase, the bank that handled the payments for the acquisition of the OPL 245 field.)

With that, the forgery allegations against Suraju were dropped. But his problems were far from over. In the months that followed, the police unit repeatedly demanded that he travel the 300 miles from his home in Lagos to their headquarters in Abuja for further questioning. This harassment continued, even after Suraju obtained a court order prohibiting it.

Today, Adoke is facing a criminal trial in Nigeria over allegations of wrongdoing in the OPL 245 deal. But this, too, has done little good for Suraju, who now faces new charges of his own: cyberstalking and defaming Adoke.

The claim is that Suraju circulated a forged email and manipulated phone conversation intended to implicate Adoke in the OPL 245 affair. In fact, all he did was disseminate documents disclosed in the Milan trial and repeat statements made by Nigeria’s government in open court.

The new allegations against Suraju fall under a provision of a cybercrime law that the Economic Community of West African States Court of Justice has ordered Nigeria to repeal or amend, on the grounds that it violates the right to free expression. And the Nigerian government has promised to do so.

Meanwhile, in Italy, Fabio De Pasquale, the prosecutor in the Milan trial of Shell and Eni, and his colleague, Sergio Spadaro, are being prosecuted for allegedly withholding evidence from the defense. The evidence in question includes a video, the transcript of which court records show had been in Eni’s hands for years.

The case against Shell and Eni is now being appealed by both the Milan prosecutor’s office and the Federal Republic of Nigeria. But, because of the accusations he faces, De Pasquale, who previously won convictions against two Italian prime ministers charged with corruption, is likely to be removed as the lead prosecutor in the appeal.

There is reason to believe that the first trial was not above board, either. Ever since the acquittal, the Italian press has been awash with allegations that, if confirmed, cast grave doubts on the judgment’s integrity.

Concerns over the trial’s probity first arose in February 2020. De Pasquale sought to admit a statement by Piero Amara, a former external lawyer for a number of Eni managers, confirming that the company had conducted surveillance of the prosecutors, key witnesses, and judges. His request was denied.

Amara also reportedly alleged that Eni’s lawyers had “preferential” access to judges in the OPL 245 case – a claim Eni denies. But the then-head of the Milan prosecutor’s office, Francesco Greco, has confirmed that both De Pasquale and Spadaro were subject to “intimidation,” and that there had been attempts to “delegitimize the Milan prosecutor.”

Clearly, corruption will not go down without a fight. And, from bombs and bullets to writs and motions, its practitioners and their defenders and surrogates will use any weapon they can to improve their chances. Not content to intimidate or murder campaigners, journalists, and officials, now they are targeting the rule of law itself. 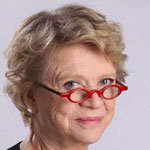 is a former member of the European Parliament.

Battles May be on the Ground; but War is on the Political Front

In War Time, State Manoeuvres to Command the Market

For the Sake of Everyone, Russia-Ukraine War Ought to End

Alcohol Law Goes Into Effect in May