Sep 10 , 2022
By Jiang Lin ( Jiang Lin is an adjunct professor at the Department of Agricultural & Resources Economics at the University of California, Berkeley. Michael O’Boyle is the director of Electricity Policy at Energy Innovation. )

With provisions to cut US emissions by 40pc from 2005 levels by 2030, the Inflation Reduction Act has revived America’s global climate leadership. Since most of these reductions will come from a cleaner electricity sector – which is projected to be 70-85pc carbon-free by 2030 – the United States will be well positioned to collaborate with others on decarbonisation of the power sector, starting with China.

True, in response to House Speaker Nancy Pelosi’s recent visit to Taiwan, China has suspended its diplomatic engagement with the US, including on climate issues. And yet, the climate threat is not unlike the threat posed by nuclear proliferation during the Cold War. The two superpowers (both economically and in terms of emissions) have a shared interest in reducing their fossil-fuel “arsenals,” even amid worsening bilateral relations. By acting decisively this decade, both can deliver greater economic, health, and security benefits for their own populations and the rest of the world.

Owing to its reliance on coal, which supplies two-thirds of its electricity, China now emits more greenhouse gases per year than any other country, with its electricity-related emissions alone roughly equaling those for the entire US economy. At the same time, China’s renewable-energy capacity is soaring. In 2020, it added three times more wind and solar capacity than the US; in the first half of 2022, it invested another 100 billion dollars in solar and wind.

Yet China could pivot from coal to clean energy even faster, especially if it is willing to work with the US on cleaning up the electricity sector. New research from Lawrence Berkeley National Laboratory (LBNL), Energy Innovation, and the University of California, Berkeley, shows that China could reach 80pc carbon-free electricity as early as 2035 without increasing costs or sacrificing reliability. Though China is already on pace to exceed its goal of 1,200 gigawatts of wind and solar by 2030, it could add much more by leveraging its unparalleled renewable-resource endowment and world-leading cleantech supply chain.

Similarly, 11 separate expert studies show that the US can reach President Joe Biden’s goal of 80pc carbon-free electricity by 2030 without increasing cost or degrading reliability, largely because new renewables are becoming cheaper than existing coal power. By adding more storage, preserving existing nuclear-power sources, and operating natural gas and hydropower more flexibly, the US can reliably retire its coal plants and quadruple its low-cost renewable electricity by the end of the decade.

Similar market forces are at play in China, which is on track to increase its clean-energy share from 33pc today to 50pc by 2030, owing to policies supporting the development of wind, solar, nuclear, and hydro-energy sources. With even more effective policy support, including market reforms, China could cut generation and transmission costs as it cleans up its grid.

China has already proved capable of rapidly deploying clean-energy infrastructure at scale. To achieve 80pc clean electricity by 2035, it would need to sustain and raise its 2020 world-beating pace of wind and solar development. If it can do that, it can push its solar and wind capacity to 3,000 GW, which our research shows would add some 1.2 million clean-energy jobs.

Reliability is a major concern for both China and the US. But pitting renewables against supposedly more dependable fossil fuels is a false choice. In 2021, soon after Texas experienced its worst fossil fuel power outage in decades during Winter Storm Uri, China suffered a major supply crisis of its own.

Owing to coal shortages and perverse market incentives, China’s grid operators were forced to ration power to industrial customers. Because power prices had been set administratively, power producers received the wrong economic signal when electricity demand and fuel costs shot up: the more they produced, the more money they lost.

In both China and the US, boosting the share of renewable energy will also increase energy independence and reduce the risks associated with fossil fuels’ price volatility. Those risks have been on full display this year. Energy market shocks have driven up natural-gas prices and caused acute economic pain in the US, which relies on gas for roughly 40pc of its electricity demand.

Similarly, China relies on coal, oil, and natural gas imports, all of which have become more volatile since Russia invaded Ukraine. However, LBNL’s power-sector simulations show that with an 80pc carbon-free power system, the Chinese grid could serve demand reliably even during a 35-year nadir of wind and solar production.

Because the policies needed to drive carbon-free electricity generation in the US and China are not so different, the two countries could collaborate on power-market reforms, even if they are cooperating on little else. China is already developing a national unified electricity market – a key tool for leveraging diverse wind and solar resources across such a vast area – but it could benefit immensely from the US experience of improving competitive markets over the last 25 years.

American operators lead the world in managing high-renewable grids and integrating new technologies like battery storage, offering many lessons for their Chinese counterparts. And China can leverage renewable-energy growth to help promote development in its coal-dependent provinces, much as the US is doing through the IRA and the 2021 bipartisan infrastructure bill, which provide funding for investment in manufacturing and clean energy in coal-dependent communities.

Despite security tensions, coordination to accelerate the clean-power transition offers many mutual benefits. Beyond exchanging technology and knowhow, China and the US could jointly commit to rapid decarbonisation with common but differentiated responsibilities, setting a US goal of 80pc clean electricity by 2030, with China following suit by 2035.

By pursuing common interests and opportunities, the US and China can lead the world in decarbonising their grids. Their leaders must not let their current political disagreements get in the way. 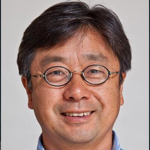 Jiang Lin is an adjunct professor at the Department of Agricultural & Resources Economics at the University of California, Berkeley. Michael O’Boyle is the director of Electricity Policy at Energy Innovation.

Who Should Foot the Bill for the Global Climate Finance?