As Ethiopians increasingly discover fish as an excellent and healthy source of animal protein, it is critical to use innovative means to meet the demand, writes Martinus Van der Knaap (Martinus.VanderKnaap@fao.org), a fisheries officer for the UN's Food & Agriculture Organisation in the sub-regional office for Eastern Africa.

Fish is not only a source of protein and healthy fats but also a unique source of essential nutrients, including long-chain omega-3 fatty acids, iodine, vitamin D and calcium in human nutrition. Fish and other foods from the aquatic environment are important for healthy brain development in children.

Experts also agree that fish consumption, particularly oily fish, is essential for the optimal development of a child’s brain and neural system. It is therefore particularly important to include fish in the diets of pregnant and breastfeeding women and that of children, particularly during the first two years of life - the 1,000-day window.

Despite its significant benefits, some African countries have not taken advantage of the full potential of their fisheries and aquaculture resources to contribute to improved food security. The reality rings true for landlocked countries whose population rely on other sources of animal protein.

Ethiopia, Africa’s largest landlocked country and second most populous nation, is home to a fisheries sector whose principal distinguishing characteristics are its moderate level of exploitation and the inadequacy of vital infrastructure. Ethiopian waters have a high diversity of freshwater fish species where at least 180 local species have been identified, including tilapia and catfish. Although fishing is carried out in all Ethiopian waters, the bulk of the catch originates from the following five lakes: Tana, Ziway, Langano, Chamo and Abaya.

Even if the country has an estimated fish production of 51,481 tonnes annually, national per capita fish consumption is low at a mere 0.5Kg per year, whereas the recommended quantity of fish per capita is between 12 and 17Kg per year. Ethiopians prefer to eat meat, with an average annual meat consumption of about 10Kg a person. This is due to cultural patterns and, to a significant extent, fertile central highlands that allow a considerable level of cattle breeding.

Lake Tana, the largest body of water in the country with an annual fish yield of 24,900 tonnes, is the leading source of fish production. Lake Tana has fish species that are found nowhere else in the world. There are about 15 different species of the Labeobarbus group, local known as Nechasa. Some species are on the International Union for Conservation of Nature's red list, which means that they are vulnerable or endangered. These fish are highly esteemed for consumption, and fishers are accustomed to the means of catching them.

Unfortunately, these fish are facing heavy exploitation pressure. There should be, therefore, real efforts to protect these species, through specific actions including allowing the species to go upriver for spawning, which if stopped would bring the risk of extinction down for these species. Moreover, once these species have disappeared, they will never return, which would mean an enormous loss to Ethiopian fish biodiversity.

Another threat to Lake Tana’s biodiversity is the recent invasion of water hyacinth, affecting the oxygen concentration negatively in the water below the weeds, as is the case in Lake Victoria and in the Rift Valley.

As Ethiopians increasingly discover fish as an excellent and healthy source of animal protein, what should be done to increase fish production? Should more fish be produced in Ethiopia's lakes, rivers and reservoirs, or concentrate more on fish culture in ponds, tanks and floating cages?

This depends on the fish species that we wish to consume. The production from aquaculture increased tremendously in the past quarter of a century, according to the UN's Food & Agriculture Organisation’s (FAO) 2020 report on "The State of Fisheries and Aquaculture."

The total number of people that inhabit our planet is estimated at approximately 7.6 billion and a quick calculation results in an annual fish consumption of 20.6Kg a person.

Total fish harvests in Ethiopia in 2019 were estimated to weigh 57 million kilograms, which is a “drop in the ocean” compared to the global fish harvest. Despite a growing interest in the country to farm fish in ponds, total aquaculture production was merely at 165,000Kg in the same year.

If we wish to increase the per-person consumption by 0.1Kg for a population of 110 million, we will have to produce some 11 million kilograms of fish per year. The increase has to come from new reservoirs and aquaculture, as many existing water bodies are already fully exploited. The annual fish consumption in Africa was about 9.9Kg per capita in 2017, according to the FAO's estimates. The continent produces 12.4 million tonnes of fish and fish products a year, both marine and inland.

To address this gap, it is possible to utilise innovative technologies that can greatly benefit Lake Tana’s unique fish production. One is catfish farming in tanks, which involves rearing fingerlings (baby fish) in cement or fibreglass tanks. This method could yield large quantities of adult fish if they are fed three to four times a day.

Catfish do not necessarily depend on oxygen in the water, because unlike tilapia they can “breathe” atmospheric air at the water surface directly. Another great advantage of catfish is that many people enjoy eating it.

But as rearing five hundred fish in a tank of 3,000ltr, for example, will produce considerable amounts of waste, some of the water will have to be replaced now and again. This “wastewater” with all these fertile ingredients is ideal for horticulture purposes - growing tomatoes, beans, fruits and other crops.

This innovative technology can be a win-win situation as we can harvest fish and agricultural products, and we reduce the fishing pressure on existing natural resources. The advantage of the method is that the fibreglass tanks can be easily moved from one place to the other, contrary to fishponds.

Other options for fish culture would be stocking young fish in reservoirs. Furthermore, fish can also be reared in floating fish cages in artificial lakes. Moving forward, Ethiopia will be able to increase its fish production by growing catfish, as it does not have any impact on biodiversity or the equilibrium in natural lakes. It also contributes to horticulture and is thus environmentally friendly and advantageous for food and nutrition security.

In the long term, creating awareness among fishers and fish processors, training fishery and aquaculture management personnel, improving the value chain, and increasing aquaculture and access to capital could all result in increased fish production, leading to greater trade and contributing to the overall economic development of the country. Awareness creation efforts can help promote sustainable fisheries and aquaculture for improved food and nutrition security in African countries such as Ethiopia. 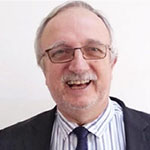 Many Ethiopians' Strange Relationship with Strangers

End the Tyranny of Rote Learning

When the Going Gets Tough, Flee

Usually, significant investments are facilitated through financial institutions like...

The COVID-19 induced economic crisis has kept heads of States and their Finance minis...

For many, the past rainy season was a critical moment in the life of the nation. One...

Public offices have been having a field day in the past few years. From the Prime Min...

Ethiopianism: What Does It Demand, Endure, and Tolerate?

Ethiopia`s Parliament will pick up a Prime Minister on Monday, October 4, 2021. The i...

There are two editions of The Economist on Africa influenced by the narrative on the...

When the Going Gets Tough, Flee

It is getting to a time when we start to consider conflict, death, displacement, homelessness, and hunger as normal aspects of being Ethiopi...

Ethiopia is experiencing a nationwide social crisis unlike any other the young generation has seen before...

Wherever I go, I see a bunch of people sitting outside of a restaurant chattering loudly over tre siga(raw meat) or tibs (stir-fried beef) a...

We have all heard it said, “looks can be deceiving,” which is often used to refer to something that seems good on the outside but does n...

UPHILL CAPITAL TOO HIGH TO CLIMB!

Over a dozen banks hoping to join the industry saw their ambitions screech to a halt last week as they failed to meet a deadline to raise ha...

An overseas firm exploring gold in Western Wellega Zone has suspended the erection of a production facili...

Justices at the Supreme Court have ruled in favour of the Ghion Hotels Enterprise over litigation against...