May 31 , 2020
By Abebe Aemro Selassie ( Director of the African Department at the International Monetary Fund. )

African governments urgently need additional external financing to help them mitigate the pandemic's economic impact. And with global interest rates as low as they are now, it is hard to think of a more opportune time to make such a commitment to Africa – or a more important investment for the planet’s future, writes Abebe Aemro Selassie, director of the African Department at the International Monetary Fund.

It is too soon to tell how heavy the human toll from the Novel Coronavirus (COVID-19) pandemic will be on sub-Saharan Africa. But the pandemic’s terrible economic impact on the region is already clear.

I have worked across sub-Saharan Africa on and off since the early 1990s, and the scale of the economic challenge now unfolding is unlike any other during that time. The region’s expected economic contraction this year – with GDP set to shrink by at least 1.6pc and by four percent in per capita terms – will be its sharpest decline since at least 1970.

There are several reasons why this pandemic is such a potent threat to the region. For starters, previous African crises, such as those stemming from natural disasters and commodity price slumps, have always had a differential impact on its economies. But no country will be spared from the economic fallout of the virus.

Although the COVID-19 disease burden in some African countries has so far remained limited, this is the result of aggressive containment and mitigation measures, ranging from complete lockdowns to border closures. Formal economic activity has thus been brutally curtailed across the board.

Moreover, the poor will likely endure the brunt of the crisis. People who must go out and earn a daily living to put food on the table for their families are now being required to stay home and practice social distancing. And few of them will be able to work from home.

The significant deterioration of the external environment compounds the impact of these factors. In particular, tighter financial conditions and sharp declines in commodity prices (especially for oil) are exacerbating the challenges facing many economies.

Finally, and regrettably, most sub-Saharan African countries’ ability to mount anything approaching the necessary fiscal and monetary policy response is severely constrained. Many have high levels of public debt and limited domestic savings, and private external financing options have dried up just when they would have helped the most.

What are the region’s governments to do?

The critical priority, of course, is to protect their citizens’ health and well-being. This requires boosting spending to improve the preparedness of healthcare systems and providing targeted cash or in-kind transfers to the most vulnerable groups. Wherever possible, governments should also consider extending liquidity support to small and medium-sized enterprises to ensure their survival through this difficult period. This assistance must be provided in a transparent manner and in accordance with the highest governance standards.

For its part, the IMF can provide close to 19 billion dollars of rapidly disbursable financing to African countries this year; 26 have already received funding from its emergency facilities. In addition, 19 of the region’s poorest countries will receive direct debt relief with the IMF Catastrophe Containment & Relief Trust providing grants to cover their upcoming debt-service payments to the Fund.

Other development partners such as the World Bank Group and the African Development Bank are also ramping up financing. And G20 countries have stepped up with an important initiative to suspend debt-service payments until the end of 2020 for low-income countries that request relief.

Despite these efforts, however, African governments still face a significant residual financing gap of at least 44 billion dollars for 2020.

The case for the international community to bridge this shortfall is overwhelming. Providing these funds would greatly increase African countries’ ability to deploy fiscal measures to mitigate the pandemic’s adverse effects. And international lenders would be making one of the most strategic long-term investments possible if they supplemented this financing with further support to buttress the region’s economic recovery.

One way or another, what happens in Africa will shape this century. Just ten years from now, sub-Saharan Africa will account for more than half of the annual increase in the global labour force. Moreover, the marginal increase in global consumption and investment demand will increasingly come from this region. The healthier Africa’s population is, the more robust the future global workforce will be. And the more climate-friendly the continent’s urbanisation, the greener our future.

The amounts involved are certainly manageable. For example, 100 billion dollars in new financing to support the region’s economic recovery amounts to only about two percent of the fiscal support that G7 governments have injected into their economies in recent weeks. And with global interest rates as low as they are now, it is hard to think of a more opportune time to make such a commitment to Africa - or a more important investment in our planet’s future. 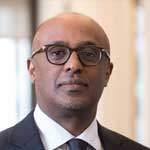 Director of the African Department at the International Monetary Fund.

From ‘Voodoo Economics’ to a Well-being Economy, Africa’s Choice

“We must continue to emphasise the need for responsible journalism.”

What Families of ET302 Victims Need to Know

The EPRDF Executive Committee...
Massive Protest Drains Food Supply
What Internet Shutdowns Say About the State
Violence Turns Investments in Regional Towns into Ash
Affront Against the People
Where Did it all Go Wrong? Lessons from History
Lack of Long Game, Achilles Heel of Ethiopia's Politics
News Analysis
RULE OF LAW: WHERE A STATE CAN NEVER FAIL (LESSON X)
News Analysis
TAXES: A SMALL PIE CAN ONLY GIVE SO MUCH (LESSON IX)
Fortune News
Ethiopia Kicks off Large-Scale Rice Production
Fortune News
Smallholder Farmers Join Hands to Boost Productivity

Affront Against the People

Collateral Damage in the Wake of Massive Protests

The Ethiopian Institute of Agricultural Research has begun working with farmers acros...

With support from the Agricultural Transformation Agency, smallholder farmers in Arsi...

The National Bank of Ethiopia (NBE) has approved the appointment of Fekadu Shigutie a...

Freight transport companies or owners who charge freight tariffs above the prevailing...