The task of building a strong and robust health and safety culture in the occupational place, especially in the construction industry, is a long and time taking process that needs the concerted efforts of all stakeholders, writes Sebagadis Abay Meressa, owner and managing director of Zamra Construction.

The human, social and economic costs of occupational accidents, injuries and diseases have been a cause for concern since the Industrial Revolution. Measures and strategies designed to prevent or at least reduce occupational hazards and risks have been developed to keep pace with the ever-burgeoning technological and economic changes.

Taken together, these measures and strategies form a multidisciplinary body of knowledge concerned with people’s welfare at their jobs. The goal of the occupational health and safety (OHS) programme is to foster a safe and healthy environment at workplaces.

The research and regulation of occupational safety and health issues are relatively recent phenomena. As labour movements arose in response to worker’s concerns in the wake of the industrial revolution, their physical wellbeing began to be considered a labour-related concern.

Some two million occupational fatalities occur across the world every year, according to the International Labour Organisation, which is greater than the global annual death rate reported from malaria infection. Moreover, the losses in terms of compensation, lost workdays, interrupted production, training and reconversion, as well as healthcare expenditure, represent around four percent of the world’s annual gross domestic product (GDP). In Sub-Saharan Africa, the fatality rate for every 100,000 workers is 21; and the accident rate, 16,000. This means that each year 54,000 workers die and 42 million work-related accidents take place that cause at least three days of absence from work.

Occupational and industrial accidents are preventable. There are available measures and means that can be implemented to reduce their prevalence, as has been adequately demonstrated in industrialised countries.

There is a variation depending on the specific occupational safety and health risks for each industry and sector. For instance, workers in the fishing industry will be at greater risk of drowning than firefighters.

A case in point is the construction industry, which is universally regarded as one of the most dangerous occupations in the world. Even in countries such as the United States, there are about three times as many fatalities as there are in most other occupations.

The construction industry alone has lately accounted for about a tenth of all occupational injuries and a fifth of the deaths, according to the ILO. At least 60,000 fatalities occur at construction sites around the world every year.

Ethiopia has regulated occupational safety and health since the 1940s. The Ministry of Labor & Social Affairs is the state organ that has been entrusted with the regulation and follow-up of workers’ safety and health issues in workplaces. The revised version of the Ethiopian Building Code of Standards has also been updated to include health and safety standards in building construction works since 2014, while similar regulatory excursions that apply to road construction have also been expedited by the concerned public institutions.

Due to their inherent nature, road and infrastructure construction, which in most cases invoke scores of workers to spend an extended period of time in hostile areas living in makeshift camps, dictate contractors and project stakeholders to give much emphasis to the health aspect of the OSH programme.

Apart from the case of mega construction projects, which have been being undertaken by foreign construction companies for the better part of the last two decades in various corners of the country, OSH was almost a non-existent affair in projects under local contractors up until the recent past.

When the scale and complexity of building construction projects were marginal, the most common workplace accidents were limited to minor bruises and cuts, treatable by basic first aid procedures. The prevalence of major fatalities including death from workplace accidents was a very rare phenomenon in the Ethiopian construction industry those days, which only used to occur in some unfortunate events once in a while.

Local contractors in most cases used to and still do perceive OSH requirements as an unnecessary and cost incurring exercise. It ought to be adhered to not as an important mitigating tool of workplace accidents and injuries, but as a mandatory requirement set forth by employers or other stakeholders during the project implementation phase. On the other hand, the psychological readiness of construction workers to wear personal protective equipment (PPE) commensurate with their specific job assignments and their respective attitudes toward the compliance of standard OSH procedures is limited.

Up until recently, construction workers who insisted on the provision of appropriate safety gear used to be contemptuously mocked by their foremen and colleagues as poor souls with soft bones who lack the appropriate tenacity needed for the job at hand. This trend even went to the extent of rendering helmets and reflective jackets as redundant accessories that are placed on construction sites to be worn only by casual visitors.

It was a common experience for me to hear construction workers humorously referring to helmets as “visitors’ hats.”

The emergence of big and complex building projects that started to grace the skylines of Addis Abeba and most of the major cities of the country in recent years changed this. Major construction projects most often necessitate deep excavation and high-rise finishing works that ultimately expose poorly-equipped workers to stand face to face with the risk of sustaining fatal injuries to their bodies. It significantly increased the recurrence and fatality rates of workplace accidents and injuries. Loss of multiple lives due to falls, being struck by moving objects or the collapse of temporary structures became commonplace.

The level of awareness and inclination of construction workers to comply with standard OSH procedures in workplaces has significantly improved in recent years. But much remains still to be done in the upcoming years to embolden the issue to the degree that it deservedly merits.

A thorough understanding of workplace hazards, the support of conducive legislative frameworks, implementation of periodic training, promotion, awareness-raising and advocacy programmes are critical. Coupled with the guidance of a qualified team of occupational health practitioners, such measures should be the basis for the successful management of workplace health and safety-related issues.

The task of building a strong and robust OSH culture is a long and time-consuming process that needs the concerted effort of all stakeholders in earnest. Health and safety-related events should always be viewed as preventable misfortunes, which they actually are if proper preventive and corrective measures are put in place at all times. 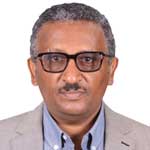 Down the Inevitable Rabbit Hole, Organisations Must Unlearn

Change is Inevitable. Embrace it, Ethiopia