With GERD, the Blue Nile Rises from Resource Curse to Blessing

There is a side to the Nile dispute that is rarely raised - the fact that Ethiopia not only provides water but also other important natural resources such as soil and various minerals to the upper-riparian states, writes Tegist Chernet (PhD) (tegist.chernet@gtk.fi), senior research scientist at the Geological Survey of Finland (GTK).

As the construction work on the Grand Ethiopian Renaissance Dam (GERD) progresses, increasing international attention is being directed to the Nile River and the states on whose territories it cruises before disappearing into the Mediterranean Sea. The international media has also kept its gaze on this corner of Africa, tempting the best minds in academia and science to share their reflection on the resources that the Nile River Basin states can better appreciate, share and develop.

Many Egyptians believe that the Nile is a God-given gift of life and the legacy of their ancient civilisation. While many in Ethiopia are of the same mind, seeing it as part of the country's natural endowment, it emphasises that the benefits should not totally accrue to Egypt and, to a certain extent, Sudan.

What is not disputed is that Ethiopia is the primary source of the Blue Nile water. However, there is also a side to this story that is rarely raised. This is the fact that Ethiopia not only provides water but also other important natural resources such as soils and various minerals to upper riparian states.

Indeed, the Blue Nile is significant for its freshwater primarily. The Ethiopian highlands, with its chain of mountain peaks, sometimes known as the "roof of Africa," enjoys the highest continuous mass of elevation in the continent. They have significant importance as the origin of essential trans-boundary rivers. Of these, the Blue Nile contributes over four-fifths of its water flow to the upper riparian countries of Egypt and Sudan. This comprises the most important part of East Africa’s hydrographic basin, whose flows have made Ethiopia the "Water Tower of Africa."

The Blue Nile has a total length of 1,450Km, of which over half is within Ethiopia. Starting from Lake Tana in the North, the Blue Nile flows down to the south and then to the west across Ethiopia and continues northwest to Sudan, where it meets the White Nile at Khartoum on its onward journey to Egypt.

As one of the major tributaries of the Nile River, the Blue Nile is commonly owned and utilised especially by the signatories of the Nile River Basin countries, although the 2010 Cooperative Framework Agreement has not been ratified by all of the countries. However, the right to the use of its resources being monopolised by neighbouring countries for centuries, the Nile resources have only proved a resource curse for Ethiopia that fails to contribute to its citizens’ water needs or to the nation’s food and energy security or in facilitating poverty reduction.

Beyond its water resource is the fertile soil endowment that sails away on the Nile from Ethiopia. On its longest journey, the Blue Nile River has been collecting and carrying not only freshwater but also soil and minerals. Thus, this mighty and meandering river has since time immemorial been transporting rich silt fertile soil from the Ethiopian highlands.

The soil, which is a weathering product of the underlying bedrock, mainly of volcanic origin, is enriched with various types of minerals and nutrients. The inorganic component of the soil is mostly composed of fragmented rocks and minerals that are sources of some plant macro- and micronutrients, such as iron, phosphorus, potassium, sulfur, zinc and copper. These elements are essential for plant growth and play a vital role in increased crop production and human health.

Along with its journey downstream, the soil that turns the water dark brown has continuously been deposited on the rivers’ banks. This has endowed Sudan and Egypt with cultivable land for crops, enabling them to substantially increase their agricultural production that has supported millions of lives.

Resting on top of these silicic and marine carbonate rocks, the Ethiopian highlands are constructed from a vast flood basalt forming plateau with a series of basaltic lava piles and large shield volcanoes deposited on the surface of the plateau. With layers of basaltic and felsic volcanic rocks, these mountain ranges are mostly tholeiitic in composition. Shield volcanoes are sequences of alternating basalts, rhyolitic and trachytic lava flows, tuffs and ignimbrites.

What this means is that these rocks are composed of various types of important minerals as well as essential accessory minerals. As a weathering product of these rocks, the thick overburden and the vast overlaying soil is enriched with these mineral components and alteration products.

The Blue Nile is also part of the channels constantly supplying large quantities of fine sediments to the coastline of the Nile delta along the Mediterranean Sea. In addition to the rich black soil, there is a provision of extensive black sand mineral deposits along the Egyptian Nile delta, especially between the Rosetta and Damietta coastal plains.

Naturally sorted and concentrated by waves and currents, substantial reserves of heavy minerals of economic value stretches along the delta coastal sands. The current heavy mineral sand production in Egypt includes extracting strategic and economic minerals like titanium, iron and gold, substantially contributed from the Ethiopian highlands through the Blue Nile River.

It is while holding such resources of global importance and sustaining the lives of millions across the border that Ethiopians have been poverty-stricken and unable to break out of their dependence on international aid. Yet the world has hardly viewed its spoon-feeding of Ethiopia as counterproductive to enabling the country to exploit its own resources.

Fortunately, Ethiopia seems to be turning a page in its unique developmental history. Guided by the principle in the Convention on the Law of the Non-navigational Uses that has made "equitable and reasonable utilisation" of the water resources, the Blue Nile River endlessly flowing from the country’s topographic swell to the Mediterranean Sea is now being partly engineered into a vast reservoir for use by the Ethiopian people. A country with a young population that is confident and ambitious, it is bent on transforming the hitherto resource curse into a blessing.

Apart from securing access to light and energy for millions of Ethiopians, the country can use hydropower to promote industrial and agricultural operations, developing the service sector, boosting earnings from foreign export, helping eradicate poverty and address economic needs of a large population.

Despite all the odds, the country is stepping up in developing its renewable energy resource, hydropower, that also contributes significantly to climate change mitigation and adaptation.

The GERD is a vision of African self-reliance and leadership in a world that has long seen the continent as little more than a place to plunder natural resources, Simegnew Bekele, former project manager and chief engineer of the GERD, told Time in 2016.

Indeed, Ethiopia will continue to be a blessing for the neighbouring countries. However, the Ethiopian highland is considered one of the world’s most degraded areas, vulnerable to climate change, being harmed by rapid population growth and high levels of environmental degradation.

For instance, due to waste released into Lake Tana, there is a threat to the drastic reduction of water quality and invasion of water hyacinth. Not only is the lake important as a water source but also as a source of food through fish production for the downstream communities.

Hence, a joint effort for intense environmental rehabilitation - soil and water conservation of the highlands and the Lake Tana region - by the Nile Basin states is required to combat the challenges threatening the common environmental resources. It will be to the benefit of our planet for international organisations such as the World Bank to be engaged in a concerted effort to restoring the Ethiopian highlands and developing their resources. Such an effort should also be considered by the development partners of the Nile Basin Initiative to help achieve sustainable growth of the riparian countries.

The ambition of creating a large clean and renewable energy source should not stop here. The Ethiopian Rift Valley, with its large and untapped geothermal resource potential, is another giant waiting to be awakened. 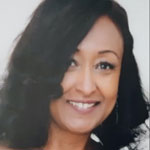 The Bet over the Nile

A Deserved Pat on the Back for the GERD

The Missing Link in the Nile Discourse: Business Community, Women