The Global Economic Order's Implication on the GERD Dispute

As the debate over the Grand Ethiopian Renaissance Dam (GERD) rages, what fails to be contextualised is the normative and political implications of Ethiopia’s right to development within the global economic and political order.

This order was one that was precipitated by the Washington Consensus and the subsequent establishment of a neoliberal economic order, which was meant to serve a particular form of the global economy. The basic and fundamental premises of this political economy was based on privatisation, deregulation, cuts to social subsidies and overt emphasis on economic growth that does not consider important social and environmental factors.

The ideological drive for this political-economic thinking was based on the fact that the full potential of any economic development is inhabited by red tape, rampant corruption and big government. There is, of course, some element of truth in this argument. We should note that the Reagan-ite and Thatcher-ite political-economic thinking, which many consider an explicit political endorsement of the neoliberal economic order, was precipitated by an economic recession that required an urgent policy response.

In fact, many of the tenents of any liberal economic model are difficult to reject. Private sector development, containing rampant state corruption, and efficient state bureaucracy are considered by many economists as important factors for sustaining any viable economic development.

Nevertheless, there is also a troubling aspect to the neoliberal economic model. It is becoming unsustainable. The control of the global economy by a few corporations continues to drive endemic global inequality.

There are close to 40 million people living in poverty in the United States, according to Philip Alston, special rapporteur on extreme poverty and human rights to the United Nations. It is a shocking figure, particularly because the United States is one of the richest countries in the world.

Here lies the major problem of the neoliberal economic model. At its core, it has no concern for equity and social justice. The major driving force for the system is making profits without due consideration for equality, social justice and environmental concerns. Without proof, supporters of this economic model allege that an “invisible hand” will lift everyone else out of poverty.

There is also a more vicious and dangerous aspect of the global neoliberal economic order. Historically, it was a political economy that was imposed by Western states, which had the upper hand in dictating its terms. Thus, while most states in Africa were under colonialism in the 1940s, the global economic order was taking shape. Global institutions regulating international trade, finance and intellectual property rights such as the predecessor of the World Trade Organisation (WTO), the International Monetary Fund (IMF) and the World Bank were established, without the representation of African countries. Combined with a structure that treasures its largest funders, this meant that important and vital interests to developing countries and African states were not catered to in the norms of international, trade, finance and intellectual property.

The advent of the right to development in the 1970s was aimed at correcting this global economic asymmetry of the North and South and proposing a new international economic order. The moral rationale for recognising the right to development was driven by the endemic global economic inequality between developing and developed countries and the desire to redress past injustices such as slavery, colonialism and neo-colonialism.

In 1979, the Secretary-General of the UN published a report which laid down the ethical and legal foundation for the right to development.

“There are a variety of ethical arguments which may be considered to support the existence in ethical terms of a right to development,” it reads. “These include the fact that development is the condition of all social life, the international duty of solidarity, the duty of reparation for colonial and neo-colonial exploitation, increasing moral interdependence, economic interdependence, and the cause of world peace, which is threatened by underemployment.”

The thrust for this new economic order culminated in the adoption of the UN Declaration on the Right to Development in 1986. The Declaration, while being a soft law, recognised the moral and political significance of the right for countries to develop. It emphasises core principles, including the rights of states to economic self-determination and their right to utilise their natural resources without any foreign interference.

When the Declaration was adopted in 1986, the difference between developing and developed countries was visible. Among those countries that participated, the eight states that abstained were all developed, while the United States objected to it.

The basic and fundamental moral rationale for the articulation of their rights was the forcefulness for creating a just and egalitarian economic order. But there are also important principles that the Declaration stipulates. Among these is the explicit provision that allows states to exercise economic self-determination over their natural resources.

In the context of the GERD debate, it could have an important role to play in fostering an understanding that the right to development is the right of states and that they can use their natural resources. Moreover, since its fundamental precepts are driven by the principle of equity, social justice, participation and sustainability, negotiations surrounding the GERD should be based on these important overarching precepts. Rather than sticking to a colonial-era treaty, it is better to use this normative and political language of development, which is also recognised under the African human rights charter.

Interestingly, the US’s unhelpful and one-sided approach in the negotiation is against this fundamental principle of the right to development. Washington’s one-sided position on the GERD is probably motivated by the desire to please Egypt, which considers it a gateway to US diplomacy in the Middle East.

The US has positioned itself more to project its own foreign policy and national interests rather than looking at amicable solutions of the dispute over the GERD. Moreover, its complete disregard for the basic rights of states to develop and use their natural resources, which is recognised in numerous international treaties and declarations, shows a neo-colonial mentality and a neoliberal arrogance that has dictated the terms of development of many countries for decades.

There are similarities here to structural adjustment programs (SAPs), which were imposed by neoliberal financial institutions in African countries with devastating consequences. The US's position today has resonance with this neoliberal and neo-colonial mentality, which completely disregards the development policies and priorities of states and their fundamental right to economic self-determination.

Where do we go from here?

Each of the states involved has a clear interest in the GERD. Ethiopia has an ambitious economic plan to use the Dam as a significant source of energy for its economic development. In a country that has been a poster child for poverty and humanitarian disasters, there is a desperate need to drive its economic potential and eradicate poverty.

For the downstream countries, especially for Egypt, its long reliance on the Nile means that considerations should be made to not significantly harm its interests over the Nile. In principle, the position of the Ethiopian government is also consistent with this. While negotiations have been stalled for specific technical issues - the timing and span of filling the Dam, the amount of reservoir - the core aspect of the negotiation process has been deeply misguided and one that has been awash with a neoliberal and neocolonial mentality. This has exacerbated the problem, and it should change course.

While there is no doubt that the GERD issue is a highly contentious one, the perspective with which we approach this problem of the use of resources is critical to reaching an amicable agreement.

The historical legacy of the looting of resources by colonial and neocolonial forces can be harmful and damaging to a negotiated settlement on the GERD. But development is an essential component of the progress of any society and Ethiopia’s right to development is recognised by numerous treaties, declarations and resolutions including the African Charter on human rights, which is adopted by all 54 African states.

African institutions, including the AU, have a role to play in using its own norms and institutions to settle disputes involving the GERD between Ethiopia and Egypt. The US approach to the issue is highly partisan and ignores core principles of international law, including the rights of states to develop and use their natural resources to change the lives of millions of their citizens.

To ignore this and use Egypt to increase its leverage in the Middle East is unhelpful to the search for an amicable settlement. 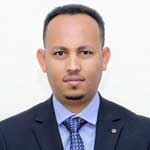 With GERD, the Blue Nile Rises from Resource Curse to Blessing

Global Inflation’s Coming: The Good and the Ugly

The Case Against Economic Sanctions

Economic Reality on the Ground Only Worsening