Untamed Nationalism Consumes All that Stand in Its Way


March 20 , 2021
By Girma Gadisa ( Girma Gadisa (@GirmaGadisa2), who has master's degrees from the universities of Pretoria and Western Cape and is a former assistant lecturer at Haramaya University. )

The passion of nationalism is being misplaced and misused to erode co-existence and tolerance. It is creating and perpetuating inter-ethnic tensions, conflicts and violence. There is a need to invest more in "productive nationalism" that respects humanity, embraces tolerance and widens the marketplace of ideas, writes Girma Gadisa (@GirmaGadisa2), who has master's degrees from the universities of Pretoria and Western Cape and is a former assistant lecturer at Haramaya University.

Throughout the 20th century, Ethiopia has been ruled by autocratic monarchies, military dictatorships and autocracies with ideologies ranging from feudalism to Marxist-Leninism and "Revolutionary Democracy." Under these regimes, the cry for democracy and equal legal recognition and protection of languages, cultures, religions and ethnicity has been suppressed with violence. Arbitrary arrest, incommunicado detention, extrajudicial killing and torture are among the common denominators in responding to the quest for respect for human rights and good governance.

The trend continued even after 1991, which led to the establishment of a federal state structure and promised democratic rule. The failure of the Ethiopian People's Revolutionary Democratic Front (EPRDF) to live up to the principles of democracy caused swift waves of protests that originated in Oromia Regional State, the largest region in terms of land and population size, and spread across the country. The climax of the protest came in 2018, resulting in the resignation of Hailemariam Desalegn and the coming to office of Prime Minister Abiy Ahmed (PhD), Nobel Peace Prize laureate of 2019.

The reforms that began to take institutional shape in 2018 now face many challenges. The magnitude of problems accumulated in the past are making the efforts to build a consolidated democracy difficult. Among many other socio-economic and political problems, ethnic tension is growing in an unprecedented way. It has already resulted in the loss of lives, destruction of property, and internal displacement of millions of people.

Although there are many causes of inter-ethnic tensions, one cannot deny the contribution of ‘nationalism.’ In its traditional and conventional sense, nationalism connotes allegiance to a particular nation and a strong determination to protect and advance its interests. In this context, we will adopt nationalism (in terms of allegiance and loyalty to a certain group) to Ethiopia's political realities.

Most recently, Ethiopia's political playing field is witnessing two forms of nationalism, namely ethnic nationalism and Ethiopian nationalism (Ethiopiawinet), each romanticising ethnicity and Ethiopianism, respectively. Nothing is wrong with being loyal to one's ethnic group or country. Respect for one’s ethnic group is a sign of self-recognition, while the love of one’s country is patriotism.

But are the types of ethnic and Ethiopian nationalisms, in their current forms and content, constructive?

No. The passion of nationalism is being misplaced and misused to erode co-existence and tolerance. It is creating and perpetuating inter-ethnic tensions, conflicts and violence. Hence, there is a need to invest more in "productive nationalism" that respects humanity, embraces tolerance and widens the marketplace of ideas.

No doubt, nationalisms are not a recent phenomenon in the political history of Ethiopia. For a long time, both kinds have been here, at least more vividly since the beginning of modern Ethiopian history. For instance, although it is difficult to point out when ethnic nationalism emerged, it is possible to say that significant moves were made during the 1960s student movement. Of note is Wallelign Mekonnen's essay in 1969, titled “On the Question of Nationalities in Ethiopia.” Another was a poem written by Ibsa Gutema, titled in English, “Who is an Ethiopian?”

Back then, the questions of nation and nationalities were brought forward to counter the autocratic and repressive regime that ruled a multinational country as a nation-state.

Consequently, after adopting the federal state structure, ethnicity has been used to galvanise political causes and influence, perhaps, political parties' formation. Ethnic nationalism is translated to the political sphere in the form of ethnic-based political parties. Despite the gains obtained in the past by politically organising around ethnicity in dismantling the stronghold of the oppressors, it casts doubt on whether ethnic nationalism, as it currently exists, is sticking to its original goal of fighting oppressive systems and ensuring or sustaining equality.

This is not to say ethnic nationalism should not adapt itself to the changing environment. For that matter, new developments require new approaches, and hence evolution and change are inevitable. The problem is while attempting to advance the interests of ethnic groups they represent or claim to represent, supporters of ethnic nationalism pay less consideration to values that keep the country together.The proponents of ethnic nationalism tend to emphasise their respective groups’ advantage at the expense of national interests.

In a multinational country like Ethiopia, where federalism is not yet fully implemented, it is costly to fail to strike a balance between specific group interests and national interests. This is not to mention the argument that ethnic nationalism has to culminate once the structural or systemic ethnic-based discrimination or subjugation ceases to exist. Whether such discrimination and exclusion have ended is another issue that needs scrutiny.

At face value and as portrayed in the past few years, Ethiopian nationalism seems a weapon to counter the undesired effects, sometimes extremism, of ethnic nationalism. It is related to citizenship-based political parties, and its proponents firmly oppose ethnic-based political parties alleging that the latter is divisive rather than unifying. It is based on the assumption that values shared among all ethnic groups were sidelined in the last few decades and hence calls for more investment in the same.

What form of Ethiopianism are they advocating for to the extent to which it accommodates the peculiarities of each ethnic, religious and cultural group in the present day?

Unless it gives room to respond to the justifiable claims of ethnic groups, the package of Ethiopian nationalism would remain less pragmatic and acceptable to the supporters of ethnic nationalism.

The Constitution envisages that “our common destiny can best be served by rectifying historically unjust relationships and by further promoting our shared interests.”

Thus, Ethiopian nationalism has to be crafted not only by romanticising national patriotism but also with practical solutions to structural and systemic problems that have been hindering equal access to resources and offices, particularly federal offices as it signifies participation in shared rule.

Today, ethnicity is an existing reality and an influential factor in the political discourse of Ethiopia. Denying its power in shaping politics, at least under existing realities, would be to fool oneself. Instead, the feasible way is investing and making meaningful effort toward creating a political culture that embraces the dignity of all ethnic groups and deepens shared values. It is only when the same respect and protection is extended to all ethnic groups that “adversary politics” can be dismantled and eventually vanish. A discriminatory political environment is a fertile ground for ethnic hatred to flourish, leading to the rise of ethnic extremism.

The pragmatic question that has to be asked is not why ethnic nationalism appeals to many people. Instead, it is whether its incubator – exclusionist and discriminatory political culture – is sufficiently addressed and rectified. Without adequately dealing with the root causes of the problem, a mere celebration of citizenship-based political structure can appeal to the emotion of many but cannot provide a lasting solution.

Nationalism, be it ethnic or Ethiopian, does not provide a permanent solution for the political havoc the country is grappling with. Both might emotionalise politics. But they cannot fully answer the question of equality and representation that has endured for decades. The excluding nature of extreme nationalism and politics cannot bring enduring resolve to societal problems. Untamed nationalism is like a wildfire that consumes everything that stands in its way. Nationalism should not only be used to further political agendas but also to bring about a cultural renaissance.

In a multi-ethnic and multicultural country like Ethiopia, through true democratic federalism, lasting resolve can be achieved. It is necessary to make sure that the major ethnic groups that play a major role in the political discourse as well as the minorities are heard. Institutions should be inclusive enough. For political appointments at the federal level, not ethnic quota but individuals’ merit and content have to be primary considerations. Further, the marketplace of political ideas has to be open for citizens to be exposed to alternative views.

Not just ethnicity but other identities should be empowered in the political arena. It would then be easier to build an egalitarian society and a country that accommodates diversity and considers it as a resource, not as a threat. 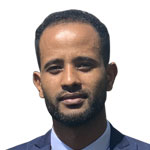 Girma Gadisa (@GirmaGadisa2), who has master's degrees from the universities of Pretoria and Western Cape and is a former assistant lecturer at Haramaya University.

My Way or No Way: A Failed Creed

Frustration with Abiy Ahmed's (PhD) way of governance is building up...

Food, A Way of Life

A Way to Cleanse Our Minds

Bill Clears Way for Postal Enterprise to Take up e-Commerce