May 8 , 2021
By Melat Tekletsadik ( Melat Tekletsadik is co-founder of Talem Coffee, a fair trade organic Ethiopian coffee seller in Switzerland. It also supports an association that has provided emergency food support to respond to the negative impacts of COVID-19 and aims to promote job creation in Ethiopia through the coffee value chains and fair wages for coffee farmers. She could be reached at mtekletsadik@gmail.com. )

It has been a little over a year since I immigrated to Switzerland. I got married during these unprecedented times and officially settled in the highlands of Zurich. The past year has been quite an adventure. I arrived here just a few hours before the borders of the European Union (EU) closed due to lockdowns imposed to curb the spread of COVID-19.

My husband and I met in 2017, while I was working for one of the UN agencies in Addis Abeba. I did volunteer to support an association I was affiliated with and led since my early 20s. We both share many areas of common interest, one of which had been that we both worked for and are committed to youth development and women empowerment sectors connected through the World YWCA/YMCA movement.

This was a passion that led us to form a social entrepreneurship venture, Talem Coffee. Established in July 2019, it sells fair trade, organic Ethiopian coffee in Switzerland and invests the proceeds back in women and girls empowerment work in Ethiopia through its social good arm, Talem Association.

Talem grew fast in the past year thanks to Aster Bunna, our official partner and suppliers, dedicated volunteers who tirelessly support us through their time and skills, as well as our customers who enjoy our Ethiopian coffee. Volunteers spend their hours building our home page, online shop, keep our accounts and finances in order, deliver coffee to customers and, most recently, help us build our new coffee warehouse. Part of this volunteerism comes from Switzerland, where the culture of unpaid work is nearly unparalleled.

In 2016, an aggregate of 9.2 billion hours was spent in Switzerland on unpaid work, which is more than what was spent on paid work (7.9 billion hours) - the monetary value of the former amounts to 446 billion dollars. Being part of an international volunteers’ membership movement before, I could not fail to appreciate this value.

The multifaceted benefits of volunteering exceed monetary gain. In the process, young people develop essential values in life; they learn to give back to their society; begin to understand their community, and become conscious of wealth distribution, basic needs, and the rights of people.

The contrast between Ethiopia and Switzerland in this regard is yawning, as was made evident to me during my recent Talem Coffee expansion project in the latter.

My husband and I had been brainstorming for some time about organic growth models that taps into the volunteers' resource base when he came up with the idea of decentralizing our logistics and sales management. We needed a new place to expand, and our request for a coffee storage place obtained a positive response from a family who generously granted us a space free of charge in their farmhouse.

My husband quickly reached out to his contacts to start building the coffee store. He managed to rally and delegate an army of volunteers, many of whom were former YWCA/YMCA youth leaders. In less than two weeks, 10 volunteers were assembled, and a young coordinator was assigned to lead the team. I also became part of the builders' team despite having no prior knowledge or experience in tasks as simple as hammering a nail into a wall.

What I observed took me by surprise. Most Swiss are ‘handy’ - they are experts with vocational work supported by specialized vocational education. Many years ago, I had the chance to visit primary and secondary schools in Switzerland to help me gain perspective into the education system. One of the frequent questions I asked students in the classrooms was what they are interested in studying. The responses were astounding. They hoped to become a tile layer, forester, bicycle repairer or shop assistant. There was none of the "lawyer," "doctor," or "engineer" I was expecting.

All fields of vocational work in Switzerland require specialisation and study in schools accompanied by an apprenticeship. When these students enter the labour market, they are already equipped with skills and experience: the economy and society value these vocations and the products and services produced by these trainees.

The most common Vocational Education Training (VET) pathways in many other countries are higher education or job training immediately after graduating from high school. This is not the case in German-speaking countries such as Switzerland.

In addition to university studies, there is also a dual training system.

In Switzerland, 35pc of the working population has a university degree while the rest has a vocational school degree earned through the dual education system, established for decades. Every occupation, be it a farmer, carpenter, cook or merchant, is based on basic vocational training - also called an apprenticeship. This training takes place in three places: in the training company, in the vocational school and in inter-company courses that last from three to four years. This type of experience can lead to an equivalent university degree with further technical schooling. No wonder then that unemployment in Switzerland and Germany is below five percent.

On our expansion project on the farmhouse, the group of volunteers we rallied quickly jumped into action. Plans were made, designs for the store were drawn up, materials were bought and the farmhouse that was once a stall for horses, cows and haystacks began buzzing with young volunteers ready to nail and hammer and build.

Armed with a facemask and safety gloves, I rolled my sleeves up to get my hands dirty. I asked our coordinator how I could be of help as I had no clue. He handed me my first nail to hammer into the wall and showed me how to pull out old nails from wood with a tool called “Geissfuss,” a Swiss-German name.

In all my years of schooling in a private catholic school in Addis Ababa and later in college, or even in my university years in the United States, nor in my personal life at home or my former ‘White Collar’ job, the opportunity of using my hands for such work never presented itself. These fields are considered low status in many parts of Ethiopia and are undervalued.

Hopefully, an improved educational curriculum system adopted from the “success model” of German-speaking countries in the early 2000s would lead us to success, lowering the unemployment rate and poverty. Better still, an education system should build the whole person, their cognitive, physical, emotional and social being. Such skills will become more relevant in the post-COVID world.

In the days that came by, I nailed, drilled, and helped put isolation systems between the walls and the floors to keep the room temperature at an optimal level. I helped put down huge wall frameworks with the other volunteers; I cleaned and swept the floor with brooms made of tree branches. When my friends in Addis Abeba saw my pictures, they nicknamed me, ‘Anatsi,’ Amharic for builder or carpenter.

I gave up my life in Ethiopia for love and started a new chapter in Switzerland, in the highlands of Zurich, somewhere in the countryside where the foxes and deer come to the nearby forest to say good night. The journey with Talem Coffee has taken me to new heights and served to underscore the importance of volunteer and vocational work. 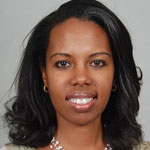 Melat Tekletsadik is co-founder of Talem Coffee, a fair trade organic Ethiopian coffee seller in Switzerland. It also supports an association that has provided emergency food support to respond to the negative impacts of COVID-19 and aims to promote job creation in Ethiopia through the coffee value chains and fair wages for coffee farmers. She could be reached at mtekletsadik@gmail.com.

POLITICAL TRANSITION: NO WALK IN THE PARK (LESSON I)