Dec 19 , 2018
By Lea Mehari ( Lea Mehari is a full-time graduate assistant at Addis Abeba University’s School of Law. She can be reached at leamehariwork@gmail.com. )

The media does not just inform. It can shape opinions and set agendas, which is why media outlets have - in Ethiopia’s case - the legal, as well as moral, obligation to exercise impartiality, writes Lea Mehari (leamehariwork@gmail.com), a full-time graduate assistant at Addis Abeba University’s School of Law.

A free and fair media is an indispensable element of a healthy and functioning democracy. Ethiopia’s constitution, in recognition of this, protects the freedom of expression without interference and prohibits any form of censorship.

There are limitations placed upon this right relating to the infringement of the rights of honour and reputation of individuals, the well-being of the youth and the protection of national security. Aside from that, media outlets should legally enjoy much freedom and independence in undertaking their activities.

But the media does not only disseminate information. It has the power to determine the topics and stories discussed in social settings and plays an immense role in shaping opinions and shifting perspectives surrounding issues.

When it comes to criminal or civil cases in courts, this immense impact of media coverage has led to the coining of the term “trial by media.” It refers to the effect the media has on the reputation of the accused by creating a perception of innocence or guilt in the eyes of the public before, during or after the court gives a final verdict.

The media has a strong effect on the public. It can provoke the public to seek mob justice or make a fair and free trial impossible by highlighting only certain aspects of the case.

Trial by media thus forgoes the golden principle of presumption of innocence in criminal law. For a person to be convicted of a crime, the court has to see that the person is indeed guilty beyond any reasonable doubt. In civil cases, the court will weigh evidence presented by both sides and give its judgment in favour of the one with the most weight.

However, in a trial by media, it is the media itself that conducts the investigation, moulds the opinion of the public and renders its verdict on the case. This creates a bias on the side of the public. Thus, the parties to the case might not be able to bring about the necessary evidence and defend their side properly.

The impartiality of judges will also be hampered prior to hearing the parties to the case. The judges could also fear to render a verdict differently to the one given by the media for fear of public backlash.

A prominent example of trial by media in Ethiopia is the ongoing case surrounding officials of the military conglomerate, Metal & Engineering Corporation (MetEC). While the suspects were arrested, various media outlets aired documentaries about the alleged crimes said to have been committed by the officials.

Without evidence that proves beyond a reasonable doubt the suspects are indeed guilty, not to mention the one-sidedness of the reporting, the media and then the public rendered guilty verdicts.

In hopes of protecting the right to access to justice and the administration of a free and fair trial, the legislation on the “Freedom of Mass Media and Access to Information” was enacted a decade ago. The proclamation provides that public bodies have the duty to provide information or news, as well as to express opinions and criticism on various issues.

However, the law also provides that if the information is likely to result in the miscarriage or abstraction of justice by impairing the fairness and impartiality of the trial, or even if it impedes the prosecution, then the public official may refuse the request for information.

Ethiopia’s criminal code also states that a person who publicises inaccurate or distorted information about a case that is pending in a court of law commits a crime that could carry a sentence of half a year of imprisonment. Protection has also been given to protect the right to honour and reputation of individuals.

If an act of defamation has been committed toward a third party, according to the gravity of the crime, the person who made the statement will be liable for a punishment ranging from a month to a year of imprisonment. This is unless there was no intent to injure the honour and reputation of the person or that the person acted in the interest of the public.

These laws are controversial and open to interpretation, but the moral argument remains. Impartiality is a common decency that should be extended even to those the public suspects of committing the grimmest of crimes.

Akin to past political transformations the nation has gone through, it is inevitable that new information will resurface time and again. It may shock and generate public indignation, and it may seem like a done deal. But media outlets have the moral and professional, as well as legal, obligation to be independent and neutral in their coverage. 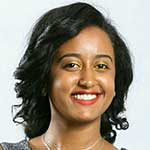 The Road Ahead for Mainstream Media

The Tax of Social Media

TACON vs Prosper Legal Strife Back on Scene