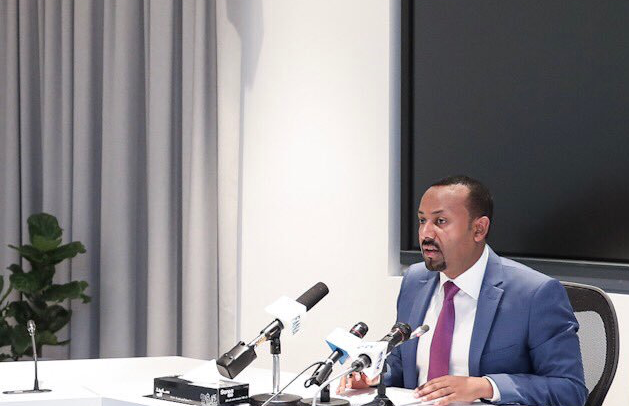 Companies engaged with oil and gas exploration and development projects can now open an offshore or a foreign bank account, according to a letter from the Office of the Prime Minister.

Companies engaged with oil and gas exploration and development projects can now open an offshore or a foreign bank account, according to a letter from the Office of the Prime Minister.

The condition was the major hurdle that restricted the country from getting foreign direct investments in the oil and mining sector, according to Samuel Urkato (PhD), minister of Mines & Petroleum.

"Many companies that want to invest in the country have backed off due to this restraint," Samuel told Fortune.

Even though the central bank reversed it, oil and gas companies were able to hold offshore accounts, according to the proclamation approved in the early 1980s. However, a directive from the National Bank nullified this by binding companies to open a local foreign currency account with the rationale of better financial administration and circumventing money laundering.

“The new decision was passed after having a serious debate with the officials of the National Bank of Ethiopia,” Samuel said.

The companies were also frustrated by the directive, which limited them from obtaining loans from international creditors.

“Since international creditors require the forex account of borrowers as a requirement for loan approval, the companies, especially Poly-GCL, have been continuously calling for the reversal of the directive," said Samuel.

Poly GCL, which discovered crude oil reserves in three wells in the Hilala region and launched test production in June 2018, has been filing complaint letters with the government for the past two years.

The companies have been transferring foreign currency into their local accounts to finance their oil and gas exploration activities and withdrawing cash in local currency for their expenditures.

All their procurements of goods and services have been transacted under the foreign exchange directive of the National Bank of Ethiopia through the banking system. They were supposed to open letters of credit (LCs) to procure items and wait months until their LCs were approved.

The forex retention account rule, which subjects 70pc of any foreign currency to be automatically converted to Birr if they do not use it within 28 days, is another source of frustration.

Understanding the challenge of these companies, a joint ministerial committee from the Ministry of Mines & Petroleum and the Ministry of Finance was formed. And the committee proposed to permit offshore accounts.

The task force, composed of experts from the two institutions, has been assessing whether the proposed reform would tamper with the existing laws of the nation, and concluded that the reform does not create a contradiction with any law, according to Samuel.

The board of the National Bank of Ethiopia has also discussed the recommendations of the task force and pushed the Prime Minister to approve it, according to Samuel.

"It is a great achievement to be on the same page with the central bank," said Brook Taye (PhD), senior adviser to the Minister of Finance. "Every predicament in the sector will be sorted out one by one."

Currently, there are six companies in the country engaged in oil and gas exploration who have secured 11 concession contracts from the Ministry of Mines & Petroleum.

The country has an estimated potential of 6.3 trillion cubic metres of natural gas resources. Poly GCL is in the process of developing natural gas fields in the Ogaden basin, Somali Regional State and has reached the testing level. It will also construct a gas pipeline between the gas fields to Djibouti Port, where it will build a gas treatment plant to export the product to China.

But the construction of the pipeline, which is estimated to cost four billion dollars, has been delayed due to the financial issues the company faced to secure finances since it does not have an offshore account.

"The new decision from the Prime Minister's Office will reactivate the construction of the pipeline," said Samuel. "The project can potentially generate one billion dollars a year from export."

The Ministry had also been expecting to sign agreements with three companies before the end of the current fiscal year. One of the three companies was previously in the process of getting a concession contract but pulled out of the process due to the prohibition of offshore accounts.

Despite Fortune'srepeated attempts, Yinager Dessie, governor of the National Bank of Ethiopia, and managers of Poly-GCL were not available for comment.

Dialogue's the Glue to Hold Society Together

Forum to Advise on Construction Permits