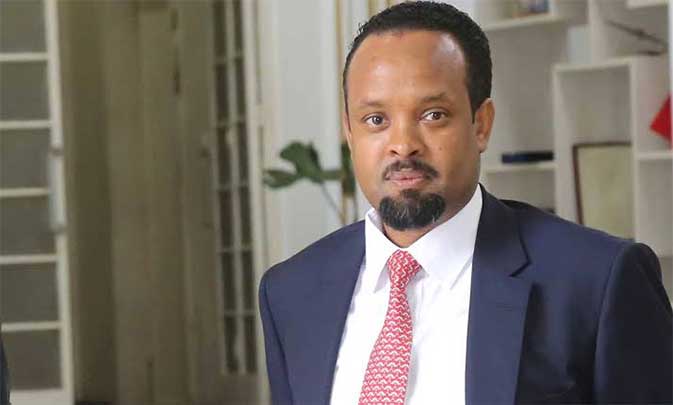 Ahead of the legislation of the new excise tax bill, international breweries and soft drink bottlers have started withdrawing from expansion projects.

Beverage companies are also gearing up to downsize their workforces at existing plants in light of the new excise tax bill that was tabled to the parliament last week. The draft proclamation proposes an average weighted percentage increase of 160.5pc across 378 goods and services - including vehicles, locally manufactured goods, sugar and telecomunication services - under 19 categories.

East African Bottling, bottler of Coca-Cola, as well as BGI Ethiopia, Dashen Brewery S.C. and Diageo Plc, brewers of St. George, Dashen and Meta beers, respectively, are also waiting for the legislation of the bill before making decisions on pending expansion projects.

Aimed at increasing revenues from excise tax, the bill has been in a drafting process for the past year. For this fiscal year, the government expects 58pc of the 387 billion Br federal budget to be covered by revenues from tax. To achieve this target, the Ministry of Finance has been working on revising the tax regime, including amending the value-added and excise tax laws.

"The current excise tax collection system is subject to poor administration," said Mulay Weldu, tax policy director of the Ministry of Finance, explaining the reason for the amendment.

Yohannes Woldegaberial, a tax law expert who previously worked for the current Ministry of Revenues, agrees with Mulay, saying the tax law would regulate the taxation system.

However, Yohannes argues that the Ministry overestimated demand while drafting the bill.

For this fiscal year, the government targets to collect 18.8 billion Br from the excise tax, of which a little over a quarter of the value is expected from breweries.

With the new bill tabled to the lawmakers, the Ministry proposes a minimum of five percent on telecom services and a maximum 500pc excise tax on used vehicles. The bill also introduces an excise tax on telecommunication services, plastic bags, rubber tyres and human hair extensions.

Beverages with up to five percent of alcoholic content are supposed to pay 40pc excise tax. It also imposed 25pc and 15pc tax rates on soft drinks and bottled water, respectively. This technically means that a bottle of a beer will be sold at a minimum of 22.4 Br, higher by 6.4 Br from the existing selling price. A soft drink and a litre of water will also be sold at a minimum of 12.50 Br and 11.50 Br, respectively.

Among the total of 19 beer brands, two of them, Bedele Special of Heineken and Guinness of Diageo, have a 5.5pc alcoholic content, which are subjected to an 80pc excise tax.

This amendment triggered the executives of international companies operating in Ethiopia to reconsider their investment plans. They say the new tax law will raise the price of their products, which will finally lead to a decline in demand, according to the companies.

Heineken, the largest brewer in Ethiopia with a production capacity of 5.6 million hectolitres a year, was in the midst of a soil and water testing process for a 250-million-dollar expansion plan that would have hired 3,000 workers. However, the executives of the company withdrew from the process when the bill was approved by the Council of Ministers at the end of last month.

Currently, the company is also restructuring its sales team by laying off 170 employees. This follows the legislation of another law that banned the advertisement of alcoholic beverages on broadcast media. Heineken operates with three factories, Qilinto, Harar and Bedele, offering eight brands of alcoholic and non-alcoholic beverages.

Officials from Heineken, however, declined to comment on the issue, stating that the process has not been finalised.

The Ethiopian Brewers Association, which is comprised of six members that brew 25 brands, is evaluating the industry to project future prices and to get prepared ahead of the expected industry shock.

"The industry has already been suffering from an advertisement ban and the depreciation of the Birr," said a person familiar with the issue. "Now the new excise tax bill is entering the scene."

East African Bottling is also reconsidering its 300-million-dollar investments in Sebeta and Hawassa. The company, which has a little over 2,000 employees, is also in the process of laying off employees and has decreased the number of its working shifts from three to two, according to the a person familiar with the case.

"This overestimated view on the demand elasticity of the goods will highly affect the industry," Yohannes said. "Before the bill is legislated, the government should balance the ambitious plan with the current situation of the economy."

Hyatt Regency Gets Back on Track with Paperless Services

Don’t Turn Back the Clock