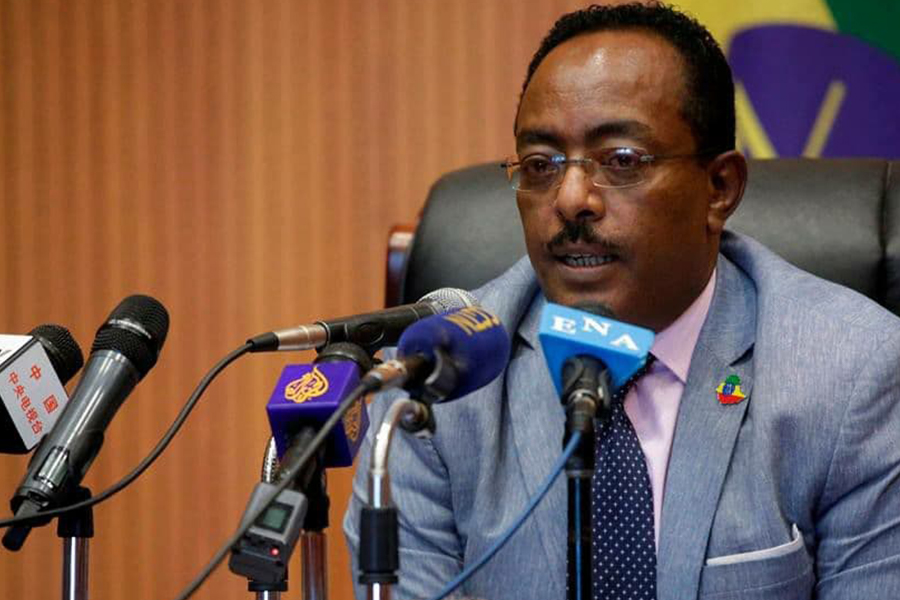 Redwan Hussien, spokesperson for the state of emergency task force.

Ethiopian authorities have resisted giving in to growing international pressure to allow outside independent investigations of the massacres that have taken place in Mai-Kadra in Tigray Regional State and across other parts of the country. They insist that outside investigations can only take place in the event that Ethiopia's government fails to do so.

"None are more concerned for the Ethiopian people than the Ethiopian government," Redwan Hussien, spokesperson for the state of emergency task force, told the media in a press briefing held today at the Ministry of Foreign Affairs on Menelik II Avenue.

Following the onset of armed conflict in Tigray in early November, over 600 people were reported to have been killed in the town of Mai-Kadra, which borders Sudan, according to findings by the Ethiopian Human Rights Commission (EHRC). Claims from different sides of the conflict to the responsible body have been difficult to confirm due to the communication blackout that has been in place since the conflict broke out on November 3. There was no access to the media, as international aid and humanitarian organisations continue urging for unfettered access. Calls for impartial investigations have followed the reports of killings in the region, with the latest coming from the EU Crisis Commissioner, Janez Lenarcic, after his visit to the Um Raquba refugee camp in Sudan. The camp hosts over 10,000 Ethiopian refugees who have fled the country.

“The investigation that is being undertaken by the government will be up to international and national standards,” said Redwan.

He has pledged to bring the perpetrators to justice based on the findings of the investigations the administration carries out, and documents, photos, and testimonials will be open for verification afterwards. Leaders of Tigray Regional State, who had their leaders and forces withdrawn from towns and cities including Meqelle, say they welcome international investigations. However, the federal government has outlawed the TPLF as a legitimate governing party of the Regional State, hence its process of installing a provisional administration.

“Media outlets will be given access once the interim government is well established to explain and guide the situation there,” said Redwan. “There will be personnel to give accurate information.”

With the media blackout, reports from refugees in Sudan portray a grim picture of the human toll on the population that is caught up in the crossfire. Electric power, water, telecommunications and road access remain closed in the region. No less than 1.8 million people were in need of emergency food assistance even before the outbreak of the war, according to federal authorities.

However, close to 250,000 people have received food and non-foods item across major sites in the Regional State, according to Mitiku Kassa, Commissioner of the National Disaster & Risk Management Commission, who was also present at the press briefing.

Wheat, pulses, edible oil and special food for children under five and lactating women are some of the items provided to the population in need, Mitiku disclosed.

French Influence Outside Its African Preserve, Inside Ethiopia

From the Simple to the Sophisticated, the Art of Ethiopian Food