Making the WTO Work for Africa

The contest to succeed Roberto Azevêdo as director-general of the World Trade Organisation (WTO) has entered a crucial new phase, with the first round of voting by WTO members set to end on September 16. Three of the eight contenders are African: Ngozi Okonjo-Iweala, a former Nigerian finance minister; Amina Mohamed, a Kenyan former chair of the WTO General Council; and Abdel-Hamid Mamdouh, a former Egyptian trade negotiator and WTO official.

Africans are hoping that one of these three highly competent candidates will emerge victorious when the winner is announced in November. But regardless of who eventually prevails – three of the eight candidates will be eliminated after the first round – Africa must demand a level playing field from the WTO.

Trade is vital for Africa’s development and to generate enough good jobs to absorb the 17 million young people who enter the labour market every year. But for too long global trade regulations have left the continent holding the short end of the stick.

In the quarter of a century since the WTO succeeded the General Agreement on Tariffs & Trade (GATT), the organisation has mostly failed to work in the interest of development. Instead, the WTO has largely benefited its chief architects, namely countries that had already industrialised or were otherwise in positions of strength.

The resulting global trade rules did not take the developing world’s circumstances into account. Despite the huge trade volumes – and profits – generated by globalisation, Africa’s share of global trade since 1970 has fallen from 4.4pc to 2.7pc. This is partly because binding supply-side constraints have limited Africa’s exports largely to natural resources and primary commodities. But unfair trade rules also have undermined Africa’s foreign trade growth in sectors where the region could benefit from comparative advantages.

For starters, persistent import barriers in developed economies – including tariff escalations and stringent standards for final goods – have limited Africa’s ability to move up value chains.

Shifting rules are another obstacle to Africa’s effective integration into the global economy. In particular, advanced economies do not allow developing countries to adopt the industrial policies that they themselves used to transform their production structures and diversify their exports. The University of Cambridge economist Ha-Joon Chang described this phenomenon as rich countries “kicking away the ladder” with which they climbed to the top.

But perhaps the most serious indictment against the WTO system is the agricultural subsidies developed-country governments provide, at the expense of millions of Africa’s poorest farmers. These subsidies not only depress world food prices, making it difficult for African producers to compete but also lead to excess production being dumped in African markets, which wipes out local industries and thus threatens food security.

The current global trade regime is the cause of African countries’ structural balance-of-payments deficits and increasing external debt, as well as the main cause of inter-generational poverty and migration pressures. Encouraged by their thriving private sector, today’s Africans are asking for fair trade, not aid.

A growing number of African entrepreneurs and industrialists are leading the continent’s economic transformation, supported by regional financial institutions such as the African Export-Import Bank (Afreximbank). For example, Aliko Dangote, one of Africa’s most successful industrialists and an Afreximbank Trade Champion, is now making his biggest bet yet by building a 15 billion dollar petrochemical complex near Lagos, Nigeria, that will contain one of the world’s largest oil refineries.

Moreover, African markets will be big enough to support large-scale industrialisation once the African Continental Free Trade Area (ACFTA) – the world’s largest trading bloc in terms of the number of participating countries – starts operating on January 1, 2021. With its relatively cheap labour, Africa could become an investment mecca and, in time, a net exporter of industrial and manufactured goods as well as commodities.

The private sector is well aware of these opportunities. But a recent survey commissioned by the Pan-African Private Sector Trade & Investment Committee of over 200 African CEOs – including leaders of multibillion-dollar firms, start-ups, and other fast-growing businesses – revealed a clear consensus on the need to reform the WTO. And a majority of those who report that trade is an important growth driver for their business also stress that unfair trade practices severely constrain their companies’ expansion.

Notwithstanding these problems, development finance institutions are helping to power Africa’s economic transformation. For instance, Ghana and Côte d’Ivoire produce more than half of the world’s cocoa but until recently accounted for less than 10pc of the global processed cocoa market. The Afreximbank Africa Cocoa Initiative enabled both countries to capture a larger share of the value chain. Today, Côte d’Ivoire, the world’s leading cocoa producer, is effectively competing with the Netherlands to be the world’s top processor.

Africa is now a mature global player, with a private sector ready to drive development and take its rightful place alongside firms in more advanced economies. All we ask is that the WTO remove the artificial barriers and prejudicial hindrances that prevent Africans from unleashing their creative and productive energies.

A fairer, more equal, and more accessible global trade system must be at the top of the next director-general’s reform agenda. A WTO that is fit for purpose will also allow governments of smaller developing countries to act on behalf of their private sectors without fear or favour. Africa will support Azevêdo’s successor, provided that the WTO serves Africa in the same way it serves the rest of the world. 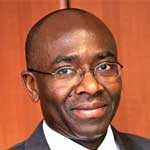 The High-Growth Promise of an Integrated Africa