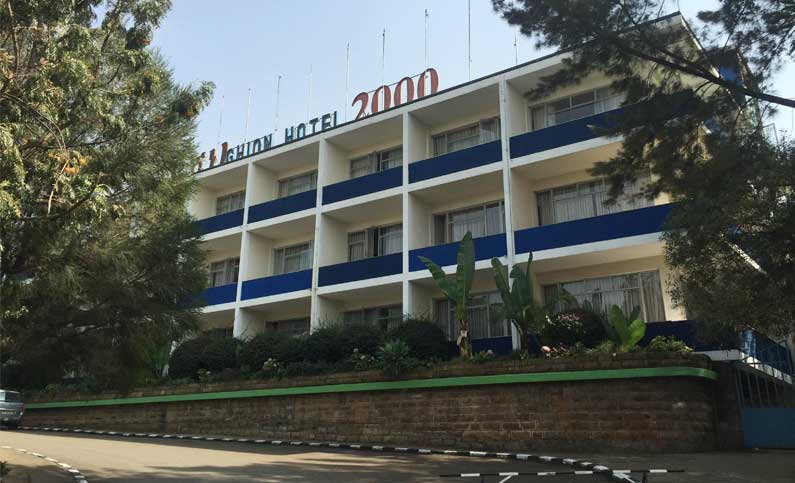 Ghion Hotel was established in 1951.

Das Engineering Plc, a company co-founded by local filmmaker Tewodros Teshome, is building a restaurant and an open-air cinema inside the premises of the state-owned Ghion Hotel.

The company started constructing the facilities on a 5,000Sqm parcel of land after winning a bid that was announced for the project on June 2, 2019. The management of the Hotel set 91,000 Br a month as a floor price to lease the plot for 10 years. The Hotel also stipulated that the rental fee will increase by 25pc annually after the second year of the contractual agreement.

The management is dedicating land that has not been utilised by the Hotel, according to Gebretsadkan Abay, general manager of Ghion Hotel, which has been spending 400,000 Br a year to cultivate and take care of the plot.

"To reduce the expenses and increase the income," said Gebretsadkan, "the management initiated the idea of leasing some of the land, and the board of directors of the Hotel approved it."

Das Engineering won the bid by offering the highest monthly rental fee, 400,000 Br. Das and the Hotel signed an agreement on July 5, 2019. The duo reached a deal for Das Engineering to build the facilities within three months. Das did not finish the construction in that time frame and has been paying the lease fee since October.

After eight months of the contractual agreement, the construction of the building is not completed but has reached the finishing stage. Das, which first conceived of the idea of developing the area almost a decade ago, finished the structural work of a one-storey building dedicated to the restaurant, which can host 1,000 people a day.

Das submitted a proposal and feasibility study to develop the area; however, the Hotel floated a tender to give other interested companies a chance to be involved in the project.

After commencing service, the restaurant is expected to sell 1,000 plates of food a day supplied by Ghion Hotel for 350 Br each.

"Das will add value to the food and gets a commission fee for each plate that is sold,” Gebretsadkan told Fortune.

Established in 1951, the Hotel lies on 123,000Sqm of land and operates with 480 permanent and contract employees. It has 195 rooms, including singles, doubles, twins, medium suites and large suites as well as seven different halls.

The Hotel recently tried to involve a private operator in the business but was unsuccessful. The Public Enterprise Holding & Administration Agency also attempted to partially privatise the Hotel a decade ago. However, it failed since the private buyer did not settle the payment on time. The Agency tried to fully privatise the Hotel eight years ago but was unable to attract bidders.

Similar initiatives that utilise idle space should be encouraged, according to Kumneger Teketel, managing director at Ozzie Hospitality & Management Consultancy.

"It's common in other developed nations, and it is good when adopted in Ethiopia," said Kumneger. "The project is under development with careful concern for protecting the environment and can be exemplary for other similar projects."

Previously, Das leased 26 rooms from Ghion, but the contract was cancelled since the venture did not work out as planned by the company.