I have never subscribed to the developmental state model practised in the crucible of revolutionary democracy in Ethiopia.

The prevailing developmental state ideology of the past 27 years was an attempt to Ethiopianise the East Asian model and reinvent the Asian Tigers as an Ethiopian lion. It was an ideology borne out of the necessity of discarding the discredited Marxist-Leninist model following the end of the Cold War while retaining its vestiges in the form of state-led and agricultural-led industrialisation, economic growth calculated to ensure political control by the ruling class. It was touted as a necessary defence against neoliberal proselytising in the Washington Consensus.

Prime Minister Abiy Ahmed's (PhD) Homegrown Economic Reform Agenda appears to be a concerted effort to innovate on the developmental state by significantly reducing the role of state intervention in the management of the economy.

Abiy said the reform is intended to “propel Ethiopia into becoming the African icon of prosperity by 2030.” The propulsion to prosperity is expected to be powered by reforms in investment laws, removal of regulatory obstacles that disincentivise investment and improvement of the business climate to build confidence in the country’s economic and political future. Describing the initial steps in the reform process, Abiy said, “We are tightening our fiscal belts, strengthening our public sector finances, shedding our debts, and increasing domestic resource mobilisation.”

In August 2018, the Prime Minister established a 21-member advisory council to “steer" the reform process by helping to “loosen state monopoly, both partially and fully, on enterprises including aviation, shipping and logistics, energy and telecommunications.”

Some Ethiopian scholars have expressed confidence in Abiy’s approach to economic reform: “Notwithstanding the series of failed elections Ethiopia experienced over the last 27 years, we believe that Prime Minister Abiy Ahmed has considerable public and international support, which could be used to put the country on a stable transitory path.”

Others argue the decision to “privatise some of the largest state-owned enterprises” as part the economic reform is “wrong because it was done without public consultations” and the “issue has not been debated in parliament."

The experiment of the last two decades in copycatting the Asian Tigers has not worked well, because the state-led policies have done little to open the country to foreign investors and markets in critical sectors, and a burdensome regulatory environment has discouraged foreign investors.

Ethiopia stands at 161 out of 190 countries in the ease of doing business in 2018. Ethiopia’s crushing debt burden today exceeds 52 billion dollars “mainly due to huge public investment, low level of export performance and weak private engagement.”

The Homegrown Reform policies appear to be aimed at mitigating the cumulative adverse effects of state-led development by intensifying privatisation efforts and attracting foreign direct investment with various fiscal and other incentive measures.

But the elephant in the room is globalisation, the process by which national economies are absorbed into a global market for capital, goods and services in a rapidly changing environment.

Ethiopia’s economy is not immune to the slings and arrows of globalisation. Globalisation is touted as a positive force in accelerating knowledge transfers, effectively enabling the poorer countries to improve living standards by “leapfrogging” to new technologies. But globalisation poses a variety of challenges ranging from problems of governance to technology-induced discontinuities.

It appears the economic reform programme is designed to ride the wave of globalisation by navigating around its shoals of economic and social dislocations. The African Continental Free Trade Agreement could potentially boost the reforms in Ethiopia by creating “a single continental market for goods and services, with free movement of business persons and investments” and the “harmonisation and coordination of trade liberalisation and facilitation regimes.”

If a state-led development ideology guided the past quarter-century of economic policymaking, the Homegrown Economic Reform Agenda appears to be guided by medemer-led development.

Abiy has suggested that slavishly following imported ideologies have proven to be harmful, and Ethiopians must be eclectic and selective in adopting beliefs, ideas and methods from the West and the East and carefully integrating those ideas that harmonise with their traditions, practices and realities. He has proposed “medemer” as a homegrown forward-looking philosophy and system of ideas to overcome the burdens of the past and to find a pathway to lasting peace and prosperity not only in Ethiopia but also continent-wide.

In my view, the greatest challenge to the reform policies comes from the resistance of a bloated, self-serving and inert bureaucracy, which is committed to perpetuating the status quo.

Poverty in Ethiopia is deep-rooted and spans centuries. Some 85pc of remark: 66pc (WB) the Ethiopian population makes a living in subsistence agriculture. Solving the diverse economic problems of Ethiopia requires the synergistic interaction of entrepreneurs, innovators, investors, planners, political leaders and the public at large.

The command economy of the past quarter-century must be replaced by a dynamic “medemer” economy to meet domestic economic and political challenges and the potentially withering effects of globalisation on the struggling Ethiopian economy. 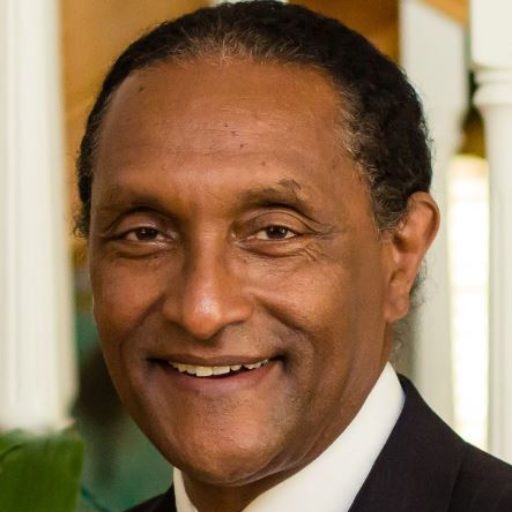 The Case for Economic Emancipation

For Better or Worse, State Sovereignty Blurs with Globalisation

It's Never Too Late to Restart Ethiopia's Politics, Economic Circumstances

Efficiency vs. Justice: The Economic Debate

Towards a Progressive Economic Agenda