September 11 , 2020
By Adel A. Misri ( a board member of Ethiopian Overseas Employment Agencies Federation. He can be reached at adeladem2003@yahoo.com. )

The export of labour for foreign work is increasingly recognised worldwide as a pro-development strategy with significant economic benefits. Because of tremendous economic benefits from the export of labour, some developing countries across the world with high levels of unemployment and underemployment have positioned themselves to maximise benefits through such policies.

These countries have enacted policies to encourage migration, institutionalised labour export mechanisms, established regulatory frameworks and undertook bilateral initiatives with different countries to enhance labour export. The major players in this regard are the likes of China, Mexico, India and Indonesia. Many African countries have also aggressively promoted labour exports and received sizable amounts of remittance inflows, but many others seem to lack effective policies to capitalize on this export.

The results in Ethiopia seem to have mixed results though. The last decade was characterised more for illegal migration rather than an institutionalised process through which the country might benefit.

Legal migration was prevented from developing into a mature, sensible framework that maximises Ethiopia’s ability to export labour. Although our country is characterised by excess labour with significant numbers of citizens looking to emigrate for work, there has never been an effective policy response that aims to move the unemployed abroad.

Despite some recent efforts to encourage labour export, including the resumption of domestic workers' legal migration to Middle Eastern countries, the benefits have not accrued. This is unfortunate due to the size of exportable labour Ethiopia has and the amount of foreign demand, but the inadequacy of the institutional and legal framework to facilitate labour exports lags behind.

There is also the unfortunate confusion between exporting excess labour and the "brain drain." The pushback and outcry against the treatment of domestic workers in Middle Eastern countries has also cast a negative shadow over the issue, giving the whole idea a negative image.

There are thus some questions that need to be asked when it comes to the matter of labour export: will the export of labour forces in domestic workers, janitors, construction workers, drivers and cleaners damage our local economy? What percent of our unemployed youth will be willing to migrate for work? What type of skill training is required to make Ethiopian labour attractive abroad?

Even more crucial would be to ask what the policy barriers are and how they inspire illegal emigration and what should be done to evolve bilateral strategies in labour export with Middle Eastern and European countries?

This questions can only be answered if the economic benefits of export of labour, particularly of unskilled workers, are properly understood and communicated.

Experiences from around the world show that the market for such labour would be beneficial for both developed and developing countries. For the latter, it contributes to faster growth in the world economy through the transfer of remittances to the families of workers. The benefit of this would be to quicken poverty reduction by increasing the incomes of households in Ethiopia.

Developing countries’ gains from unskilled labour export through remittances is offset by the exported labour’s original contribution to a country’s output. The imbalance in per capita income between developing and developed countries ensures that this is the case.

“The integration of workers from emerging markets and developing countries into the global workforce has produced important benefits for advanced economies,” concluded an IMF working paper headlined, “How Has the Globalisation of Labor Affected the Labor Income Share in Advanced Countries?”

The labour export strategy is only feasible in a globalising context with the integration of world economies and markets. Globalisation represents a growing integration of national economies, along with the diffusion of social, cultural and political norms and practices across the world.

This good news extends to Ethiopia. A well-framed labour export market will benefit Ethiopia by decreasing unemployment, improving wages of the workers that migrate and increased living standards of their families back home. The advantages will also be notable in the rise of foreign exchange availability, which is driven by remittances from Middle Eastern countries.

For Ethiopia, this may be the most economical way of decreasing unemployment – almost non-existent capital investment and risks on the part of Ethiopia with the expectation of high returns.

What actions are needed for better labour export policies?

Reports of treatment of domestic workers in Middle Eastern countries have severely sullied the notion of exporting labour and with good reason. The human and labour rights of workers should be respected wherever they may be, regardless of the returns they may bring in the form of foreign currency.

But the incidents are the fruits of weak regulatory and policymaking effort and illegal migration than inherent consequences of labour export. The unfortunate circumstances of domestic workers should instead be a case for strengthening legal migration.

Although the Ethiopian government provides overarching legislation and guidance, private foreign employment agencies play a crucial role in delivering and operating these policies. They constitute a vital component of facilitating international labour markets that seeks employment to Ethiopian citizens. By doing as such, they create jobs and gainful employment to thousands of job seekers. In addition, these agencies absorb the labour force and alleviate the domestic unemployment rate and act as a bridge in protecting Ethiopian workers overseas, also recommending workable solutions to policymakers to be prudent in any consideration of policy change.

By looking at labour export from an economic perspective, instead of only social, several reforms need to be considered. There is a need to take measures to strengthen the Ministry of Labor & Social Affairs (MOLSA), including increasing its human resource to authenticate documents and process them promptly, cut out unnecessary procedures, and set workable regulatory measures. Foreign offices of Ethiopia also need to be proactive, especially concerning legal matters, and transparent in their engagement with workers overseas. The alternative is migrant workers being left without representation in the countries they find themselves in.

Such reforms are critical to export labour and offer a better alternative to shutting down the whole market altogether. Given the importance of employment and remittances to the national economy, a better framework that better serves this purpose needs to come to the fore.

The lack of a legal labour export market would end up empowering illegal human trafficking instead of stopping labour migration. There will be great economic and social costs of looking at the matter through a more nuanced lens. 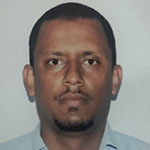 a board member of Ethiopian Overseas Employment Agencies Federation. He can be reached at adeladem2003@yahoo.com.

The Swinging Era of Ethiopian Music

Ethiopian Funerals, a Way of Life