Over the years, there have been analysts and economists that have been urging the government to privatise highly performing national assets such as Ethiopian Airlines and Ethio telecom. This is in keeping with the wave of economic liberalisation of African economies that began in the late 1980s, but the results of privatisation do not give confidence.

Primarily as a result of the high-handed, arm twisting “advice” of the World Bank, and carried out by its own private sector implementing arm, the International Finance Corporation (IFC), virtually all African countries apart from Ethiopia have privatised their national telecom operators.

These privatisations have created powerful continent-wide monopolies such as Etisalat, Vodafone, MTN, Econet and Safaricom. They have become powerful enough that they cannot be easily controlled by weak African regulators.

The threat they could pose to the survival of much less competitive telecoms such as ours is also not something to baulk at.

Ethio telecom, despite not being up to international standards, has been consistently growing and is one of the highest-earning, state-owned enterprises. It has earned 22 billion Br during the first half of this fiscal year. Of this, 73 million dollars was in foreign currency, and 3.9 billion Br and two billion Br were paid to the government in the form of taxes and dividends, respectively.

We are told the objective is to reduce national debt. It is also argued that the nation needs billions of dollars every year to address supply shortages of essential goods such as wheat, sugar and edible oil.

Should we sell a national and over half-a-century-old enterprise to settle a recurring debt for consumption?

It is also not clear if the enterprise can earn as much as was expected. No doubt, the reasonably large Ethiopian telecom market may attract serious international bidders. However, given the COVID-19 pandemic and the resulting economic collapse around the world, buyers may be few and far between. The rush to sell is inexplicable when the country should be waiting for the global economy to get back on track.

But there is much more than a profitable enterprise at stake here. Telecoms today cover the whole gamut of information technology and services. It covers education, public health, government administration, national security, public finance, banking and the media.

Telecoms are such a critical piece of infrastructure for nation-building that the State should be the organ that operates and runs the main service provider.

Some of the world’s best-run telecoms are owned by the government. That is the system in Singapore, South Korea and China. It is not about ownership but the efficient management of resources.

We also have to consider that Ethiopia is a land-locked country. The major international telecommunications infrastructure for the transmission of data is fibre optic cables buried deep in the ocean around the world to which our country has no direct access.

A strong, well-capitalised and efficiently run Ethio telecom should buy shares and be part owner of neighbouring telecommunication companies in Djibouti, Kenya and Sudan, which are privately owned. This way, Ethiopia would not have a dependence on the infrastructure of other companies and can be more in control of its future.

This formula of buying assets in African airlines has successfully been realised by Ethiopian Airlines to the benefit of our nation. Indeed, despite the economic disasters that followed the COVID-19 pandemic, Ethiopian has thus far held its ground while privatised airlines such as South African Airways and even the giant Lufthansa have yet to find their footing.

This does not mean that competition is not necessary. Monopolies are often lethargic and not responsive to changing needs. When it comes to telecoms, the government’s decision to liberalise the industry and give licenses to two private operators is laudable. Through this, the government will earn a sizable amount of foreign currency for entry and recurrent license fees. 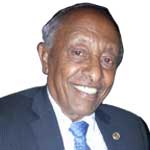 Dev't Plan Ought to Rise to Occasion of Epoch-making Change