Citizens Have Right to Clean Air. What Ethiopia Ought to Do About It

Poor air quality might be the future of African cities such as Addis Abeba if the current situation does not improve. Fortunately, there are actions governments can take now to be on the right track to improve air quality, writes Aklilu Fikresilassie, director of Thriving Resilient Cities at the World Resources Institute.

Air pollution is the greatest environmental risk to human health and causes 8.8 million premature deaths globally every year. Of the total deaths, 90pc occur in low- and middle-income countries, mainly in Africa and Asia. In the absence of immediate and aggressive intervention, the number of premature deaths is estimated to increase by more than 50pc by 2050.

This is a bleak predicament for African cities like Addis Abeba, which has a population of five million and is growing at an estimated rate of four percent annually. This growth is accompanied by increased demand for housing, energy, water, and waste management. If the city is to cope with this growth while at the same time mitigate the threats posed by climate change and air pollution then it must waste no time in implementing its Climate-Resilient Green Economy strategy.

How does air pollution affect us?

Dangerous particulates in the air, of which the most harmful are called PM2.5 containing small particles, enter the bloodstream through the lungs causing one-third of deaths from stroke, chronic respiratory disease, and lung cancer, and one-quarter of deaths from cardiac arrest. Recent studies around the COVID-19 pandemic have shown a link between higher fatalities and higher levels of air pollution.

The related economic impact is also staggering. Indoor and outdoor air pollution was estimated to cost the world’s economy 5.11 trillion dollars in welfare losses in 2013, according to the World Bank Group. In Africa alone, the cost of air pollution was estimated at 445 billion dollars in 2013, and it is expected to rise unless immediate actions are taken.

In all these aspects, air pollution affects women and children disproportionately as they are culturally close to pollutants. Women and children spend a lot of time around cooking areas that mostly use biomass fuels and are exposed to considerably higher emissions when compared to other groups. In addition, women and children are actively involved in waste collection, repurposing and burning. More than two-thirds of those killed in the Koshe Landfill in Addis Ababa in March 2017 were women, many of whom were informally picking food and recyclables on the site.

Ethiopia’s constitution guarantees citizens the right to work and live in a clean, healthy, and safe environment. There are legal provisions against any party that violates the environment standard or poses a risk to human health.

However, the lack of air quality data and monitoring capacity make it difficult to implement legal provisions. If we take Addis Abeba as an example, there are only three air quality monitoring stations in the city, making accurate monitoring difficult over time and space. According to data from these stations, air quality in Addis Abeba has been declining consistently often exceeding World Health Organisation’s (WHO) guideline on particulate matter in the air. The main contributors are transport, biomass fuels for cooking and space heating, open burning of waste, and to a lesser extent industrial activities.

As part of the Paris Agreement, Ethiopia has its own Nationally Determined Contributions (NDCs). The NDC target is one of the few that the Climate Action Tracker rates as “2°C compatible”, indicating that Ethiopia has planned to contribute its fair share to global efforts.

Ethiopia formally submitted an update to its enhanced NDC on July 23, 2021. The revised NDC includes updated greenhouse gas (GHG) emissions projections with a commitment to reduce economy-wide emissions by at least 68.8pc by 2030. This is an additional 4.8pc below the reductions in the previous NDC.

Ethiopia’s NDC is rooted in the country’s “Climate-Resilient Green Economy” (CRGE) strategy. This strategy aims to minimise GHG emissions by addressing four important areas: reducing agricultural emissions; protecting and growing forests; adopting renewable energy; and embracing energy-efficient technologies in transport, industry and the built environment. This approach is expected to improve the country’s air quality substantially but is unlikely to alleviate problems such as flooding and air pollution in the near term.

Many speculate that poor air quality might be the future of African cities if the current development trajectory does not change. But there are actions governments can take now to be on the right track to improve air quality: adopt clean fuels and vehicle emission standards, promote clean cooking solutions, and improve waste management.

These solutions require funds, human capacity, and the right technology which the Addis Ababa Air Quality Management Plan (AQMP) recognises in its priorities to monitor air quality, develop emission inventory, establish laboratories, promote cooperation between national and city governments, and foster knowledge and skills. However, the implementation of these solutions requires a strong commitment from the government, rules and regulations, enforcement mechanisms and strong participation of stakeholders and communities. 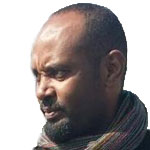 director of Thriving Resilient Cities at the World Resources Institute.

Ethiopia : A Home with Hope

Ethiopia Targets $4b in Export Revenues

COVID-19: The Price of a Clean Bill of Health