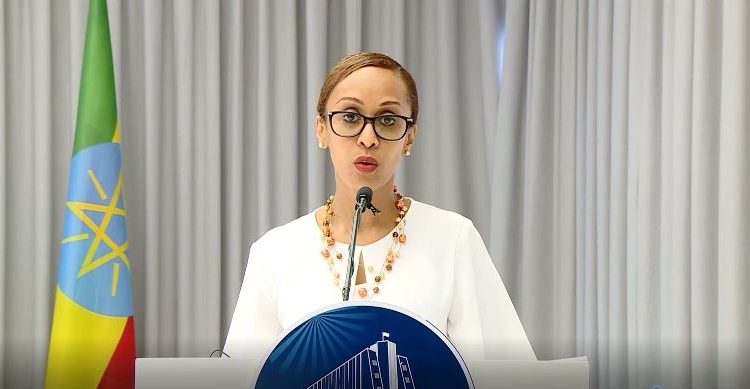 Ethiopian authorities believe their country is under an orchestrated attack that is "condescending in nature, often patronising in tone, belligerent in approach and destructive in the outcome."

Billene Seyoum, the spokesperson of the Prime Minister, said today, June 3, 2021, that there is a concoction of figures and stories about developments unfolding in the Tigray Regional State that is designed to push a particular global narrative "which does not serve the people of Tigray."

Billene's press briefing is the first given by the Prime Minister's Office since war broke out in Tigray between the federal government and its allies, including Eritrea, and forces now known as Tigray Defense Forces (TDF). She made the strong statement amidst calls by western governments to withdraw Eritrean forces from Tigray, a ceasefire, unfettered humanitarian access, independent investigations into atrocities and accountability for the perpetrators. No less than 11 western countries, but Italy, have amplified this call, fearing the ongoing conflict will result in famine.

The government is facilitating the withdrawal of Eritrean troops from Tigray, according to Billene.

"The withdrawal of Eritrean troops has already commenced," Billene said.

It is a statement in sharp contrast given a day earlier by Dina Mufti, spokesperson of the Ministry of Foreign Affairs, who said Eritrean troops would leave when they do.

"Hopefully, they will leave one day," Dina said during his weekly media briefing.

Eritrean troops have been implicated in the killings of civilians in Aksum in late November 2020, according to Gideon Timothewos, attorney general. Of 100 people who have been killed, 40 of them were unarmed and died in a situation where there was no active fighting, an investigation his office undertook disclosed.

The Ethiopian government says it has put 28 soldiers of the Ethiopian National Defense Force suspected of killing civilians under arrest, as well as another 25 for alleged sexual violence, according to the Attorney General.

Four were convicted before a military court, he disclosed.

But the calls the world is echoing have little to do with the wellbeing of the Tigray region, according to the spokesperson. They are instead driven by "other vested interests . . . fabrications are spun for fundraising and relevance."

DEVELOPING STORY: US Calls for UN Security Council to Convene on "Carnage" in Tigray

Ethiopia in Talks with IMF for $3b Finance

"THE AIR IS DEAD"