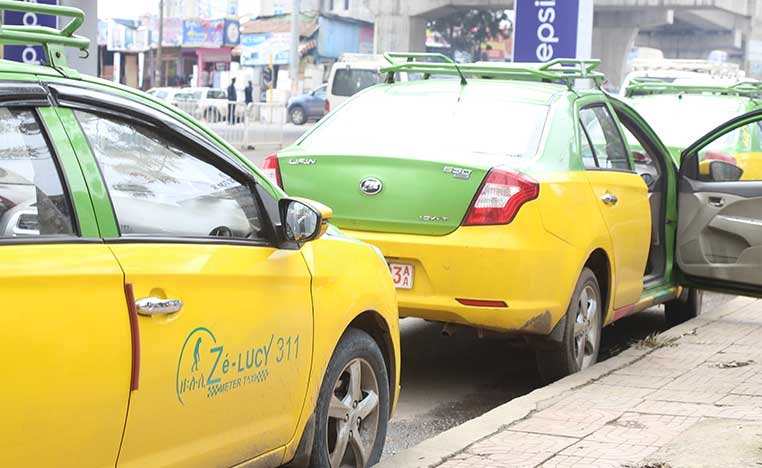 The company, which has its own call centre, equips 751 Ze-Lucy meter taxis with the technology that it expects will increase their accessibility. The implementation of the system was initiated after the deal the company had with Hybrid Designs Plc, operator of Ride, expired eight months ago, while the two companies were in an ongoing court case.

The company has spent half a million Birr to develop the technology and 1.5 million Br to set up the platform.

ATN Technology Plc, an IT company based in the US, which started operations in Addis Abeba in 2014, developed the system after signing a five-year agreement with Ze-Lucy Meter Taxi S.C.

“We rented the system from Google and ATN customized it,” said Kelemework Wale, one of the five board members of Ze-Lucy. “We've been piloting it since May and now we are fully operational.”

The company is not charging the drivers yet for using the technology and plans to start charging them at the end of September, according to Kelemework.

"We're planning to draft in-house rules to regulate the taxi drivers," he said.

Last month, the company trained the drivers on how to be ethical and presentable.

Ze-Lucy taxis joined the market three years ago with 751 meter taxis bought from Yangfan Motors Plc, a local subsidiary of the Chinese Lifan Motors company. The move comes following the Federal Transport Authority’s (FTA) initiative that provided duty-free privileges to import the vehicles for taxi drivers in the capital that organised themselves under associations.

Three years ago, as a newly established meter taxi service provider, Ze-Lucy made a deal with Hybrid Designs Plc. Hybrid provided and implemented the technology that was used by the meter taxis. And the project was piloted for one year, while the taxis were not paying commissions for the service.

However, the two entered a disagreement over an issue regarding commission percentages.

"Our deal was to discuss and decide the commission percentages together," said Kelemework, "but Hybrid just told us that they will charge us 17pc without discussing the matter with us. It was absolutely unfair and against our deal."

Later the two agreed on a 12pc commission, but Hybrid informed the association over a phone call that they had cancelled the deal, according to Kelemework,

Samrawit Fikru, founder and CEO of Hybrid Designs Plc, does not agree with Kelemework.

“We provided them with a payment free technology for a year," she said, "however, the association refused our request when we asked them for our commission.”

She also adds that the association suggested her company add the commission on the customer’s bill.

"But we didn’t agree with them,” said Samrawit.

Out of all of Ze-Lucy's taxis, two-thirds of them were working with Hybrid and some gradually stopped working with the company, right after the company asked for the commission.

"At the moment, about 300 of them continue working with us,” she said.

Nega Adugna, an IT expert, believes that the system will enhance the IT era in the country.

"The system will enhance the company's fleet utilisation efficiency to enable an increased number of trips and will make it more reachable to its clients," Nega said.

The introduction of the solution will also contribute to the market competition, further resulting in cost reduction and enhanced quality of service, according to Nega.

Employment in the Platform Age

Library of Today, Knowledge Platform of the Future

The Short but Bumpy Ride of Making Mega Financial Institutions Accountable
Share this...