With Momentous Dev’ts, Ethiopia’s Federation on Verge of Major Changes

Over the past two years, there have been momentous developments that fundamentally impact the direction of Ethiopia’s federalism. The events that have unfolded in the past month, however, will be remembered in history books as having remade the Ethiopian federation, writes Belachew Mekuria Fikre (PhD), former head of the Ethiopian Investment Commission.

I have had the privilege of watching closely the early periods of the transition that took place in the first quarter of 2018. Every single day took the country on a course that was overpowering and unbeknownst to over 20 years of politicking in its history.

The steps toward moving the country away from its ethnically fractured politics and disenfranchisement of minorities began by the dissolution of the Ethiopian Peoples’ Revolutionary Democratic Front’s (EPRDF) "big four" club. This not only brought almost all regional parties together, it revived Ethiopian nationalism in many corners of the country.

The old practices of, for instance, keeping Somali People’s League (the third largest region in the country in terms of population but conveniently pushed out of the big four) only with an "observer" capacity when the country’s Prime Minister used to be selected, has become a thing of the past.

Events that have unfolded in the past month, however, will fundamentally alter the federation as we know it. These days will be remembered in history books as having remade the Ethiopian federation.

One of the most momentous developments has been the recent test to the national army. The last time the Ethiopian National Defence Forces have been mobilised for duty of this magnitude was the Ethio-Eritrean War, fought between 1998 and 2000. In terms of capacity, the two periods probably provide a perfect parallel except for the oversized role of the Tigray People's Liberation Front (TPLF) forces compared to those of then Eritrea. This latest call for duty was a demonstration of how far the army has evolved over the past couple of years.

When one of the generals who had to escape the TPLF’s shocking siege of the Northern Command said on national television, ”I am fighting neither for Debretsion nor for Abiy Ahmed,” it was evident that the army has significantly moved closer to what the Constitution envisaged as an independent defence force.

Article 87(5) provides that "the armed forces shall carry out their functions free of any partisanship to any political organisation(s).”

Since taking over the premiership, Abiy Ahmed (PhD) has prioritised the military as one singular institution requiring deep reform and succeeded in showcasing some positive signs of that effort. For instance, the "equitable representation" of the various ethnic groups within the national armed forces, one of the most important principles of the Constitution, is being taken seriously. It will positively impact the federation.

Another change that is bound to make waves is the manner of the peripheralised federation. Central and regional governments’ relations will never be the same moving forward for many reasons. The federal government has lost its stature as an inviolable and centralising authority that was built around the EPRDF, with the TPLF as its mastermind. Gone are the days where the unimpeded interference by the federal executive in regional affairs formed the normal way of governing in the country.

It is also an awakening for the regions in many ways. With the growing threats of insecurity, there will be inclinations born out of necessity toward building stronger regional special forces as some are already doing. Ethnic nationalism will thrive to a level where mutual respect between members will have to emerge, but with more focus to delivering on better infrastructure, security and, ultimately, economic growth to their respective peoples in a competitive spirit.

Neither can we forget elections that are slated to take place this year. The federal government has a number of assignments that require urgent delivery, but nothing is more pressing than these. The upcoming elections will definitively determine Prosperity Party’s future in the country. Anything less than at least a sizeable number of seats in the federal parliament, enough to give it an upper hand in the inevitable coalition formation process, would be a huge loss. It would be complete naivety to foresee, internally that is, a landslide win by a single party participating in these upcoming elections.

There are promising signs and institutional structures to hope for a free and fair election, with one important caveat. The due process steps in the criminal investigations and trials of the opposition political party leaders who are behind bars must be finalised with full transparency and respect for the rule of law before this grand political exercise. Once justice is served leading to either conviction or acquittal, the constituencies will have clarity about whom they will rally behind in the elections.

One enduring and rare lesson the outlawed elections by the Tigray Regional Government of September 9, 2020, should have taught the rest of the members of the federation was that there could be some merit in a decentralised electoral management system. In consociational settings, electoral management systems are most effective if assigned as mandates of the federating units, and investments should be made toward creating capacities at regional levels.

This system will address the difficulties that the centrally established electoral body experiences, which is unnecessarily encumbered by the heavy roles of both election administration and supervision.

For instance, Sweden is a model for effectively decentralising its electoral system with a central body mandated for policy coordination. Other countries like Nigeria divide the roles between state-level and federal-level independent electoral bodies. Federal and state elections including referendums are organised and managed by the national body, while local elections are exclusively organised by state-level independent electoral commissions.

Ethiopia opted for an electoral management body more akin to unitary systems, whereby a national body is mandated to organise, administer and supervise all elections and referendums. Members have closely observed from the Tigray elections of September how a regional electoral commission can be established and be tasked to organise regional elections amidst a pandemic. This is, among other things, one constitutional amendment topic that must be considered in an effort to perfecting the federation.

And perhaps, part of this process of making the federation more robust may be more regions.

It is legitimate to expect the proliferation of statehood claims as happened recently with the Sidama Zone, which has joined as the 10th member of the federation. These requests need to be swiftly answered on the basis of the once-tested procedures and as set out by the Constitution. In some cases, this may even be encouraged so as to dilute the ethnically carved borders and to also improve governance in some of the bigger regions.

The sizes of Southern, Amhara and Oromia regional state have, for example, undermined the efficiency of governing, which can be enhanced by breaking them into more regions. This will, borrowing the words of Ian Bremmer, pave the way for a "secular federalism" - a phrase he employs to describe the federalism that Prime Minister Abiy envisions in moving away from the current deeply entrenched ethnic federalism.

If realised, this will no doubt fundamentally alter the original framing of the federation. 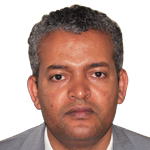 As Ethiopia's Economy Opens Up, Law Firms No Longer Defile the Legal Profession