What's Good for Ethiopia over the Nile, Also Good for Egypt


Dec 4 , 2020
By Fikre Mariam Tsehai (PhD) ( Fikre M. Tsehai is a senior policy advisor at Canadian Lutheran World Relief (CLWR). He can be reached at fikre@clwr.org. )

President Donald Trump shocked Ethiopians a little over a month ago by his remarks over the Grand Ethiopian Renaissance Dam (GERD). He alleged that Egypt would blow up the Dam, a remark that was reckless, irresponsible and downright dangerous.

Primarily, Trump ought to know that it is in Ethiopia’s sovereign right to use the waters of the Nile. More importantly, if Trump had learnt more about Ethiopian history – that Ethiopians do not take lightly to being pushed around – and diplomacy he would probably have refrained from making such untoward comments. His remarks were far over the line.

His irresponsible and reckless statements cannot derail the negotiations on the filling and annual operations of GERD. It is clear that Ethiopia’s position has always been based on the need to fairly utilise the Nile River by way of developing and implementing a framework that lays the ground for mutually beneficial cooperation. Such a framework will in turn serve as a vehicle towards peace and prosperity in the region.

This longstanding position by Ethiopia on the Nile River was perhaps best articulated by none other than Emperor Haile Selassie:

“It is of paramount importance that the waters of the Nile serve the life and the needs of our beloved people now living and those who will follow us in centuries to come,” he stated. “Ethiopia may be prepared to share this tremendous God-given wealth of hers with friendly nations neighbouring upon her, for the life and welfare of their people [but] it is Ethiopia’s sacred duty to develop the great watershed which she possesses in the interests of her own rapidly expanding population and economy.”

Six decades later, the utilisation of the Nile waters by Egypt is not unlike what Winston Churchill once said of Egypt as "as a deep-sea diver whose air was provided by the long and vulnerable tube of the Nile."

The Nile for Egypt serves beyond the mere fulfilment of its basic needs. The resources of the Nile have helped transform Egypt's economy from subsistence into a thriving economy with production for world markets. Egypt though does not contribute a drop to the Nile. And yet, far beyond feeding its population, Egypt is using the waters of the Nile to irrigate its vast desert lands. A good example is the Al Hoda farm, one of Africa's largest farms, covering thousands of acres of irrigated lands from where fruits and vegetables are exported.

As far as Ethiopia is concerned, it is a different story. Ethiopia is the source of over 80pc of the Blue Nile. Part of the barrenness of the land on the Ethiopian highlands is the result of the washing away of enormous quantities of topsoil over a long period. The recurrent famine and the deaths resulting from drought when the country possesses the headwaters of the Blue Nile remains ironic.

In the past, this was due to lack of financial resources and technological know-how. However, this time, Ethiopia has mobilised its resources for the construction of the GERD. Ethiopia fully realises that all the riparian states need to benefit from the Nile in an equitable manner. For the downstream riparians, the Nile is a source of irrigation. For Ethiopia, it will be a significant source of hydroelectric power production and industry.

At the moment, however, Egypt is by far the only country that uses the waters of the Nile and uses it unfairly. That is what needs to be corrected through negotiations being had through the African Union. While it is understandable that Egypt should be sensitive to the fate of the Nile, it is devoid of rationality in that it feels justified in its attempt to impede Ethiopia's use of the river.

Good neighbourliness requires mutual respect, attention and understanding, especially when the nearby states share common resources. In that respect, it is necessary to recall the construction of the Aswan High Dam. In the 1950s, Egypt decided to construct it without prior consultation with the rest of the riparian states. The Nile flowed to Egypt uninterrupted and independent of the goodwill of the riparian states.

The Aswan Dam, which is two and a half miles long, and 365 feet high, holds behind it a lake with a capacity of 132 cubic kilometres, the biggest artificial lake in the world. It has 12 turbines, generating 175MW of energy.

Ethiopia is attempting to realise the same aspiration. Unlike Egypt, it has agreed to sit at the table for negotiation. Now, when an agreement is being negotiated which has a legal and institutional framework that will facilitate a well-coordinated regulation and utilisation of the Nile Basin, the actions of Egypt and the United States has to be condemned in the strongest possible terms.

It is unfortunate to see Egypt reverting to an attitude it has held half a century ago every time Ethiopia asserts its rights over the use of the Nile instead of creating conducive conditions for the rational utilisation and optimum development of the waters of the Nile.

"Any action that would endanger the waters of the Blue Nile will be faced with a firm reaction on the part of Egypt, even if that action should lead to war," said former Egyptian President Anwar al-Sadat.

The same sentiment prevails in the psyche of current Egyptian leaders. That is wrong and certainly not in the spirit of good neighbourliness.

The Nile is an international river. As such, its utilisation should accommodate the needs of all the riparian states. Up to now, the Blue Nile has been subject to some dubious and incoherent treaties which are contrary to the cardinal principles of international law. It is therefore imperative that, instead of sabre-rattling, Egypt, together with other riparian states, joins the efforts to design an integrated development of the Nile resources as a framework for meaningful cooperation among all riparian states. 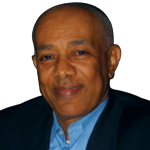 Fikre M. Tsehai is a senior policy advisor at Canadian Lutheran World Relief (CLWR). He can be reached at fikre@clwr.org.

Where the National Discourse on the Nile Went Wrong