The Transformative Power of Early Education


August 28 , 2021
By Manos Antoninis (  is the director of the UNESCO Global Education Monitoring Report. )

In the small northern Croatian town of Orehovica, preschoolers get together twice a week to play and learn. The classes, which include children of Roma background, are full of energy. Activities adapted to everyone’s needs have created a sense of belonging for every child, regardless of their identity. The teachers are trained in inclusive education practices, and know how best to support these young children before they enter primary school. Most important, parents play a central role at the preschool and feel supported and valued. The positive impact on the children has spilled over into the local community and improved social cohesion.

The Orehovica programme’s success underscores the longstanding truth that the period from birth to the age of five is vital to a person’s long-term development. The brain grows rapidly during this time and develops important skills that influence our health, how well we do at school, and how good we are at our jobs.

Access to high-quality early education helps nurture these skills and can yield remarkable benefits. US researchers have spent the past half a century studying the impact of such programmes on children who had attended them in the 1960s. They found that participation in early childhood education reduced the likelihood of children being placed in special education and increased high-school graduation rates by as much as 11 percentage points. These children experienced fewer suspensions from school, had better employment outcomes and overall mental well-being, and were less likely to receive criminal convictions.

Evidence from other countries points to a similarly clear pattern. In Chile, an analysis of fourth-grade students showed that children who had attended preschool – and poorer children in particular – did better in reading and mathematics than those who had not. In Indonesia, early childhood education reduced gaps between poorer and richer children in language, cognitive development, communication, general knowledge, and pro-social behaviour.

Despite the importance of these early years, a recent study by UNESCO’s Global Education Monitoring Report, 'Right from the Start,' estimates that two in five children, mostly in low- and lower-middle-income countries, are still completely missing out on pre-primary school. Children disadvantaged as a result of disability, ethnicity, language, poverty, migration, or displacement not only are already disproportionately more likely to suffer from malnutrition and poor health; they are also more likely to be unable to access preschool educations.

The preschool participation gap between children from rich and poor households is stark; in some African countries, it exceeds 60 percentage points. Ethnic gaps also can be large. In Greece, for example, only 28pc of Roma children are in pre-primary education, compared to an overall enrollment rate of 84pc.

'Right from the Start' argues that giving everyone the same educational opportunity from the beginning can play a powerful role in fostering inclusion. Giving all children access to pre-primary education, regardless of their background, identity, or ability, would level the playing field later in life. But most countries leave this up to chance. Only 28pc make pre-primary schooling compulsory for all children.

Access is only part of the picture. In the poorest countries, many preschools are underfunded and not equipped to provide high-quality inclusive education. Children need safe schools, engaging activities, and support from adequately trained teachers to thrive, but too many early-education environments ultimately fail them.

In Malawi, a survey of staff at childcare centres found that only one in three had a relevant qualification. But quality concerns exist in high-income countries, too. In the Italian region of Tuscany, for example, about 60pc of teachers said they were unfamiliar with the needs of immigrant, refugee, and Roma students.

The COVID-19 pandemic has worsened existing inequalities, making the case for an inclusive start in education even stronger. During the G7 summit in the United Kingdom in June, US First Lady Jill Biden and Catherine, the Duchess of Cambridge, championed the transformative power of universal early childhood care and education. To intensify efforts and galvanise cooperation, governments and international organisations will launch a new Global Partnership Strategy on early education this fall, with the aim of ensuring that every child can go to pre-primary school.

It is vital that countries prioritise early education appropriately. They must ensure teachers are trained in inclusive education and that curricula take into account children’s diversity. More should be done to collect data on those excluded, and governments must increase investment in early education programmes.

World leaders have repeatedly promised to “build back better” after the pandemic. When it comes to education, they need to get it right from the start. 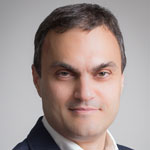 is the director of the UNESCO Global Education Monitoring Report.

Stuck in Yesteryear, Higher Education Assessment Needs to See Beyond the Basics

The Power of Ideas

Glad the US Wants to Help, Unfortunate Sanctions Rarely Work

September this year provides a unique opportunity in the quest to transform our food...

Previously, the rule and regulation of Ethiopia’s arbitration laws were found in th...

Not Hoarding, War Exacerbates Inflation. Capping Prices Won't Do It

The Central Statistics Agency (CSA) finally has an easily navigatable and pleasant lo...

If asked to name one of the most important phrases to humankind, I would probably say...

Chew on This Industrial Material

There is a viral video on TikTok that, at first glance, seems nothing more than a cooking tutorial. But it goes on, and it shows a woman gra...

The Millennium Hall on Africa Avenue, a popular destination for concerts, exhibitions and public gatherings, has returned to a scene that ha...

Thousands of workers employed by factories operating in the Hawassa Industrial Park are edging closer to...

Authorities are set to introduce a new rule to enable businesses trading on the floor of the Ethiopia Com...