The Irreversibility of Globalisation

Just over three decades ago, the Cold War ended, and former Soviet-bloc countries began their transitions to market economies, which enabled them to engage with the rest of the global economy. The world’s division into three segments – advanced capitalist economies, centrally planned socialist economies, and the “Third World” – appeared increasingly outdated. It was not, as Francis Fukuyama famously put it, “the end of history,” but it was an economic and political breakthrough, and the beginning of the contemporary era of globalisation.

Is that era now ending, as many claim?

The face of globalisation has changed significantly since those early years. While economic and political globalisation initially went hand in hand, economic globalisation soon pulled ahead. We now have a globalised economy, but without an effective system of global governance. The European Union shows what an integrated economy with advanced policy-coordination mechanisms looks like. But the institutions that were supposed to do this on a global scale – such as the International Monetary Fund (IMF), the World Bank, the World Trade Organisation (WTO), the International Labor Organisation (ILO), and the World Health Organisation (WHO) – lack adequate instruments for economic-policy coordination.

As a result, the divergence between political and economic globalisation is not only growing; it has lately begun to look like a clash. A political backlash against “globalism” in many countries seems set to unravel three decades of economic integration.

But looks can be deceiving.

It is true that political globalisation is in retreat, driven by the COVID-19 pandemic, the new cold war between the United States and China, and the hot war in Ukraine, which spurred the imposition of harsh sanctions on Russia. It is also true that these shocks have caused severe economic disruptions; they have hampered the production and distribution of goods and services, obstructed technology transfer, tested international financial arrangements, and undermined multilateral cooperation.

Moreover, public opinion has increasingly turned against globalisation, which many mistakenly blame for trends like accelerating inflation and deepening income inequality. This has often led policymakers to eschew pragmatism in favour of populism and protectionism – the nemeses of global economic openness.

But politicians, media commentators, and economists have been far too hasty in predicting the demise of globalisation. In fact, economic globalisation has only temporarily lost its momentum. Despite its drawbacks, globalisation supports economic growth, not least by enabling cross-border trade, which enables producers to take advantage of economies of scale. Recent shocks have strained, not doomed, global supply chains.

Likewise, cross-border capital flows, including portfolio and direct investment, support efficiency by enabling resources to reach places where they can be used more profitably. Though the pandemic and the Ukraine war are affecting these flows, the world is big enough to absorb liquid savings. A capital surplus somewhere will soon be used elsewhere.

Furthermore, despite the apparent shift in public sentiment against globalisation, the connections that support it – such as tourism and sport – are alive and well. While these spheres are under stress, people’s enduring desire to travel and connect will continue to facilitate demand and growth.

Ultimately, economic globalisation is irreversible. After this period of turbulence – and the difficult social, cultural, demographic, and technological adjustments it entails – greater openness will win out. This process will be hindered, however, as long as political globalisation fails to keep up.

The world is currently at risk of splitting into two separate blocs: one led by the US and the EU, and the other dominated by China and Russia. The Economist Intelligence Unit predicts that these blocs “will cement themselves into the geopolitical landscape and use economic and military levers to court countries that are not aligned with either side.”

But, even if such a split does occur, confrontation is not inevitable. The two groupings can compete and cooperate peacefully without reaching for “military levers” (which, in any case, could be rendered useless if economic levers are used well). The key is a more effective form of political globalisation.

The EU will be critical here; it does not have to take sides in the Sino-American rivalry and could thus play a central role in both blocs. China, for its part, should seize the opportunity to strengthen its international standing.

As for Russia, it will see its stature significantly diminished, owing to its despicable aggression against Ukraine. Nonetheless, the country should not be excluded from global economic exchanges; Russia is simply too big to be ignored, let alone “cancelled.” Meanwhile, African countries and India will play an increasingly significant role in the global geopolitical game.

This points to an unavoidable feature of future political globalisation: multipolarity. If forthcoming summits – from the G20 summit in Bali, Indonesia, to the United Nations Climate Change Conference in Sharm El-Sheikh, Egypt – are to be successful, participants must accept the days when one or two powers could impose their will on the rest are over.

Shortsighted politics can be allowed to override economic pragmatism for only so long. The cascading challenges humanity faces can be managed, but only with enlightened political leadership capable of providing the kind of strategic vision needed to support economic globalisation and achieve social and ecological balance. 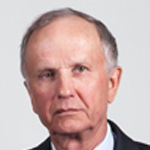 For Better or Worse, State Sovereignty Blurs with Globalisation

The Globalisation of Teff: Implications for Ethiopia