Jun 4 , 2022
By Michael Spence ( is a Nobel laureate in economics and an emeritus professor at Stanford University. )

Recent conversations about the global economy and markets have been defined by a set of recurring questions. While there are many moving parts that are difficult to capture in a single clear picture, it is worth attempting to bring some of the biggest issues into better focus.

The first question is straightforward: Is a recession looming? With authoritative growth forecasts like those from the International Monetary Fund (IMF) having been revised significantly downward, and likely to be downgraded further, there is good reason to worry. But a global recession – defined as two consecutive quarters of negative GDP growth – remains unlikely, though a major shock, such as a dramatic expansion of conflict or a sudden and significant disruption in a key market like energy, could change this outlook.

Some economies, however, certainly will contract. Russia’s GDP will surely shrink, even with higher oil and gas prices, as a result of severe and most likely prolonged Western sanctions. Europe, too, is likely to experience a recession, owing to high energy prices, heavy dependence on fossil-fuel imports, and the (costly) imperative of rapidly weaning itself from Russian supplies. And many lower-income countries – for which soaring food and energy prices are compounding the effects of the pandemic – are facing harder times.

While the United States appears increasingly likely to face a major economic slowdown, a recession is not the most likely scenario. Similarly, China – normally a powerful engine of global growth – is set to experience low single-digit growth for at least a year, owing to the combined effects of COVID-19 lockdowns, low vaccination uptake among the elderly, some loss of investor confidence in high-growth tech sectors, and a real-estate sector beset by high debts and falling prices.

The second key question relates to the trajectory of inflation. The proximate cause of recent price increases is supply-chain blockages and imbalances between supply and demand. The war in Ukraine has intensified upward pressure on energy, commodities, and food prices. Some of this will be transitory, though it will last longer than initially expected.

But inflation is also being fueled by secular trends that are not set to fade anytime soon. Populations representing about 75pc of the global economy are aging, labor-force participation is declining, and productivity growth is trending downward. Moreover, unused productive capacity in developing economies – a key source of deflationary pressure in the past – is smaller than it used to be, and what there is remains unused. Add to that a coming policy-driven diversification of supply and demand linkages – a response to myriad shocks, from the pandemic and climate change to geopolitical tensions and conflict – and an extended period of supply-constrained growth with embedded inflationary pressures seems likely.

The third recurring question is: What is next for the tech sector and the digital transformation it is propelling? Lockdowns and other public-health measures spurred an acceleration in adoption of digital technologies during the pandemic. But, contrary to market expectations, this trend is likely to slow as pandemic restrictions are removed.

Amid overly optimistic growth projections, equity markets produced valuations that would have been unrealistic in the best of times. At a time of surging inflation, monetary tightening, and falling growth projections, markets have begun correcting. Not surprisingly, growth stocks, whose value is derived from expected future cash flows, and which tend to be concentrated in the tech sector, have fallen particularly sharply.

These market gyrations do not mean that the digital, energy, and biomedical transformations that are underway lack substance, or that they will not have long-lasting economic effects. Markets naturally tend to be more volatile than the underlying economic reality they are supposed to mirror. Momentum incentives cause overshoots in both directions.

Higher market volatility will have important short-run consequences, because venture-capital and private-equity funding, which plays a vital role in supporting innovative, potentially high-growth companies, is not insulated from it. During upswings, valuations are rich, and some companies with dubious claims to durable growth dynamics are funded. During downswings, private valuations lag behind market adjustments by about 6-9 months (experts estimate), partly because both investors and companies resist adjusting valuations downward until the need to raise additional capital forces the issue. (Even now, growth companies are being urged to cut costs and conserve capital.) During this period, deal prices are out of line with realistic longer-term values, making funding difficult and impeding growth and innovation.

A final question that seems to be preoccupying minds lately is whether the war in Ukraine, Europe’s resolve to reduce its dependence on Russian oil and gas, and sky-high fossil-fuel prices will derail the low-carbon transition. Fortunately, there are good reasons to think that it might not, at least not in a lasting way.

For starters, high fossil-fuel prices create a strong incentive for countries and consumers to boost energy efficiency and invest in sustainable energy solutions. In this sense, they go some way toward offsetting the failure to establish an effective global carbon-pricing scheme.

High fossil-fuel prices will have adverse distributional effects within and across countries, resembling the impact of a regressive tax. But these effects can be mitigated, ideally through some form of income redistribution. What governments should not do is subsidize fossil fuels by regulating final prices below market levels, as this would weaken the incentive to pursue more sustainable options. There is a good argument for stabilizing energy prices to encourage investment in alternatives. But that does not mean cutting off the peaks while leaving the troughs in place.

Geopolitics is also bolstering the clean-energy incentive: unlike fossil fuels, renewables largely do not create external dependencies. The green transition is thus a powerful mechanism for increasing resilience and reducing vulnerability to the weaponization of energy supplies.

Ultimately, the green transition is a multi-decade process, during which the energy mix shifts gradually from fossil fuels to clean alternatives. In the near term, economies – especially Europe – might resort to “dirty” energy, including coal, to meet their needs. But this need not spell disaster for the energy transition, let alone the global sustainability agenda. 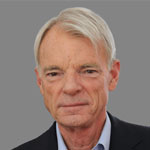 is a Nobel laureate in economics and an emeritus professor at Stanford University.

ESG Will Not Help the Global South

Time to Jump on the Circular Economy Bandwagon