The Challenge of Convergent Crises

Climate change is not the only slow-moving crisis to reach a tipping point thanks to corporate greed, individual bad behaviour, a stalemate in international negotiations, and a prolonged lack of any sense of urgency on the part of publics and policymakers. The same factors also have contributed to a dramatic rise in antimicrobial resistance (AMR).

The extent of the threat to human health posed by AMR can hardly be overstated. Already, the loss of antibiotics’ potency or effectiveness contributes to nearly 1.2 million deaths annually. That is more than either HIV or malaria.

Some scholars have noted the similarity of the difficulties in addressing climate change and AMR. But so far there has been little discussion about the damage caused by the convergence of these crises.

Around the world, people who live in urban slums face the combined challenges of climate-related pressures and drugs that no longer work. Even where there is no government monitoring of drug-resistant infections, local doctors in these communities notice the problem. Resistant strains of bacteria develop in these areas due to the widespread availability of substandard drugs, the overuse of antibiotics, and the confluence of sewage and drinking water.

Some reports suggest that climate change leads to changes in disease dynamics and drug resistance. While more research is needed to establish the connection, it is already clear that climate change forces people to move to places with high population density, increased poverty, and limited sanitation.

These environments are ideal for drug-resistant infections to emerge. In fact, some of the most serious outbreaks in the recent past have surfaced in polluted, low-income urban environments in South Asia.

It is no coincidence that poor communities suffer the most devastating effects of climate change, or that drug-resistant infections are likely to affect lower-income groups disproportionately. But climate change is not the only global problem that contributes to the growth of AMR in disadvantaged communities.

While there is some evidence (albeit limited) of a correlation between climate change and conflict, the link between conflict and drug-resistant infections is well established. Conflict overwhelms hospitals and makes treatment inaccessible. It also poisons the environment and allows new strains of bacteria to breed. Communities in conflict zones have a high risk of infection and a low likelihood of receiving appropriate antibiotics.

Microorganisms like Iraqibacter, which emerged after the second Gulf war, are a reminder that conflict remains a potent and underappreciated driver of multidrug-resistant infections. Once again, its effects are felt most by those who are vulnerable and unable to move to a safer place.

If there is reason to believe that climate change and conflict are linked, it is safe to assume that communities affected by these crises also will be affected by a disproportionate burden of AMR.

As with climate change and conflict, those most at risk from antibiotic resistance are rarely part of the discussion about how to confront it. The action plans drafted in global capitals are disconnected from the realities on the ground. For example, small-scale farmers in Pakistan are aware that most of the available antibiotics no longer work for their cattle or poultry, but they do not know what to do about it. And the authorities make no effort to engage them to develop a viable solution. Left with few options, these farmers continue to increase the doses they administer or create their own medical cocktails from available drugs.

A truly global effort on AMR, fully funded and supported by policymakers at all levels, is long overdue. Recent studies provide the necessary data to bring the issue to the forefront of international discussion. But, after more than two years of the COVID-19 pandemic, there seems to be little interest in taking on another global health crisis.

Perhaps one way for the fight against AMR to gain momentum is not to talk about the pathogens alone, but to raise awareness of the combined effects of climate change, conflict, and AMR on people and the planet. The convergence of these crises poses a significant threat to the health of both. 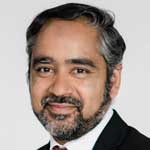 Muhammad Hamid Zaman is a professor of biomedical engineering and international health at Boston University.

Parliament Should Rise to the Challenge of the Times

Next Business Challenge for Ethiopia

How to Beat Developing-Market Debt Crises