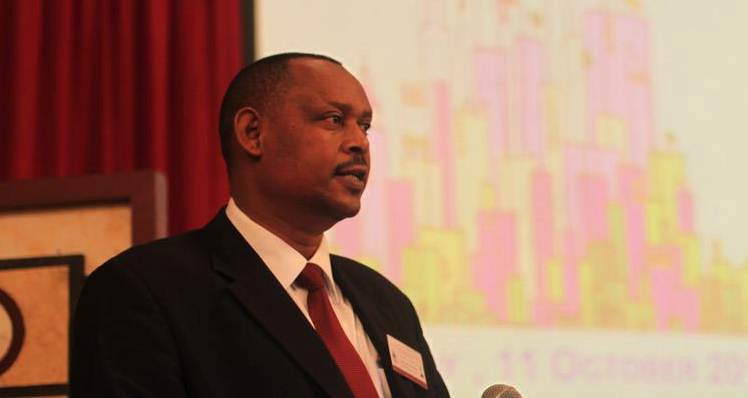 The National Disaster Risk Management Commission procured six million quintals of wheat for displaced and drought-stricken citizens. The wheat will be transported by six transporter associations to eight warehouses in different regions.

Six cross-border transporter associations offered a combined lowest price of slightly over 805.4 million Br to transport six million quintals of wheat from Djibouti Port to eight warehouses in various parts of the country.

The six companies placed the lowest offers out of 19 companies that submitted their financial and technical offers during the bid opening held on July 25, 2019.

The National Disaster Risk Management Commission, which procured the wheat for four billion Br for the internally displaced and drought-stricken citizens, floated the tender at the beginning of this month. A total of 23 companies bought the bidding document.

Horu Cross Borders Transport S.C placed the lowest price of 115 Br and 125 Br a quintal to transport nearly 1.1 million quintals and 800,000 quintals of wheat to warehouses in Kombolcha and Meqelle, respectively.

The financial readout is not final unless documentation provided by the companies are full and up to date as per the requirement of the bid document, according to Meseret Berhane, marketing and supply team leader at the Commission and chairperson of the bidding committee.

"The announcement of the final results depends on the response of the bidders in fulfilling their documents," she said.

Due to the shortage of trucks, the price offered by the companies is higher than normal, according to Salahadin Khalifa, board chairperson of Ethiopian Freight Forwarders & Shipping Agents Association.

"The transportation fee has increased by 50pc," said Salahadin.

Over the past three months, there is a shortage of trucks due to the mass transportation of fertiliser by the government. Thus, importers have faced a challenge to get trucks to transport commodities.

"The number of carriers can't cope with the developmental needs of the country," said Salahadin.

However, the Ministry of Transport argues the opposite.

"This time, the transportation will go smoothly, prioritising consumer goods," said Endalkachew Tsegaye, communications affairs director at the Ministry, which formed the National Transport Committee to oversee the logistics of the commodity.

Tesfaye Melaku, an economist at Bahir Dar University, said inefficiency of government procedures has more impact on delaying the transportation of the items than the shortage of trucks.

"Planning problems and the inefficient procurement laws of the country are the major flaws," he said.

Once the bidding process is completed, the winning companies are expected to transport the wheat before October. The Commission plans to ferry 80,000ql to 120,000ql of wheat a day by deploying 200 to 300 trucks with a loading capacity of 400ql a day.

Upon arrival, nearly two-thirds of the wheat will be distributed to the approximately 8.5 million people affected by drought and displacement, while the remaining two million quintals of wheat will be held in reserve in the eight warehouses.

Currently, the transportation of 200,000 quintals of wheat from Djibouti Port, financed by the government and facilitated by the World Food Programme, has begun. So far, around 60,000ql have arrived inland.

ECX Trades 30.4b Br Worth of Commodities
Share this...